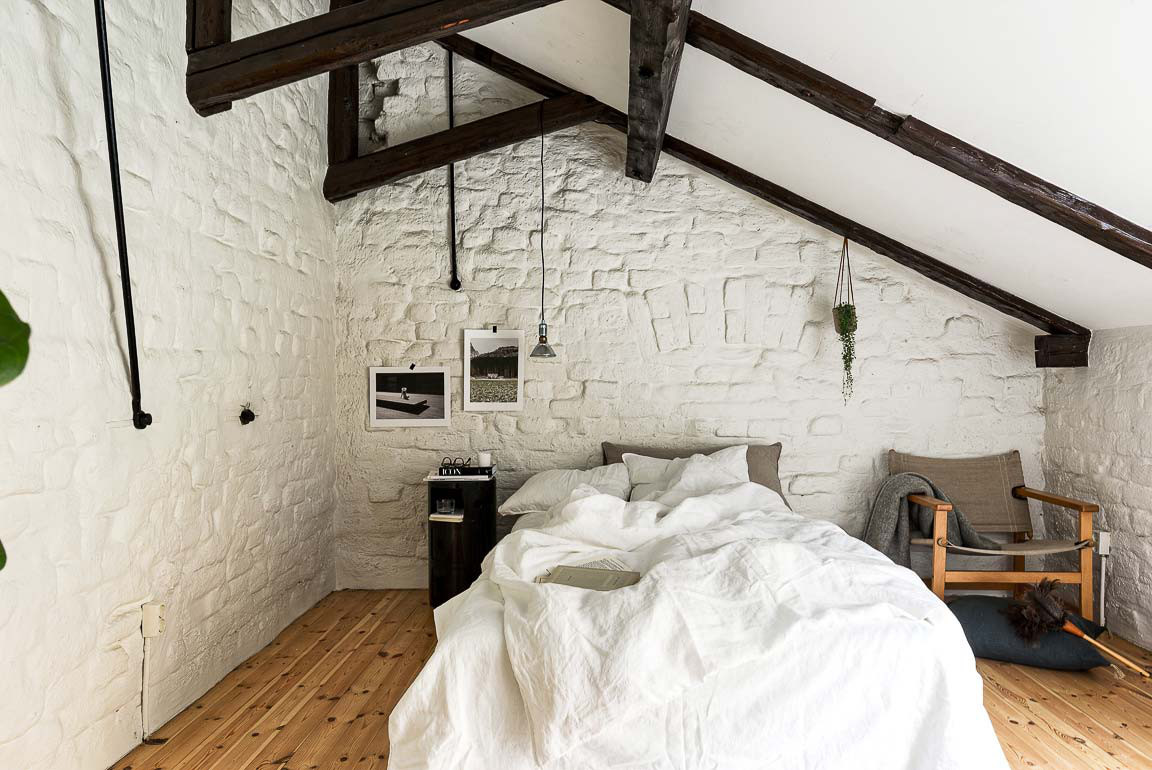 Black accents in neutral rooms can be as subtle as picture frames or small pieces of furniture. Or, black accents can be bold –like the beams in the bedroom of a rustic Scandinavian cottage. Here, cream-washed stone is combined with black-brushed ceiling beams and iron support rods that immediately pull the eye upwards. A tiny black bedside table plus black and white photographs keep the décor focused. The pine floor adds a natural texture to the casual minimalism underscored by a tousled bed with trendy linen sheets. 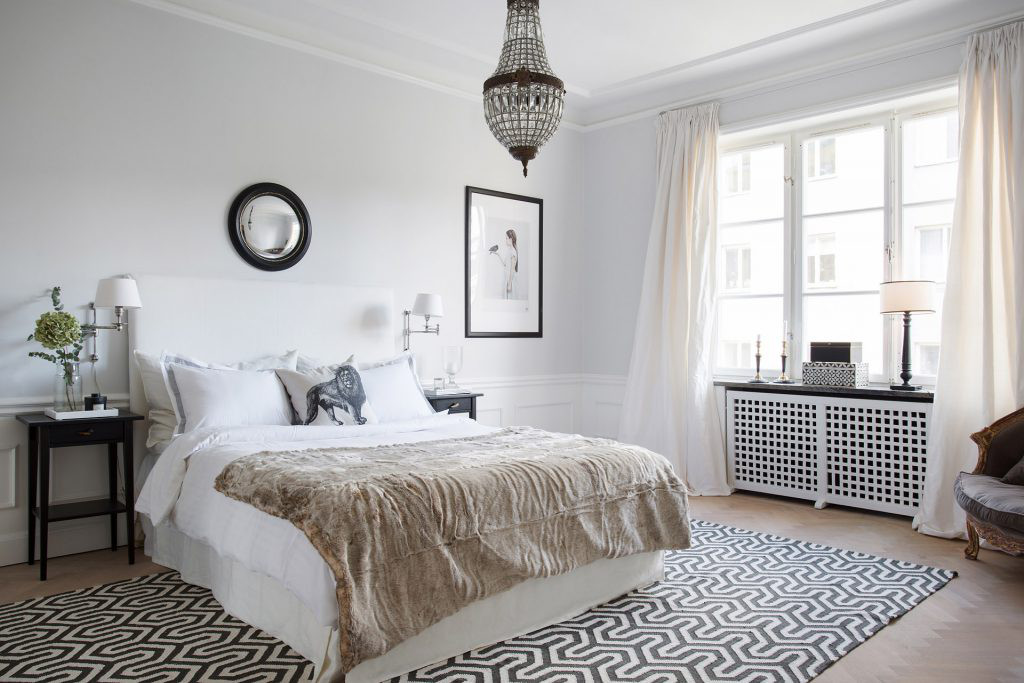 In the bedroom of a Stockholm apartment, designer/stylist Sofia Jakerson-Tretow gets sophisticated results from the pale neutral with black accent theme. A geometric rug has modern flair and works surprisingly well with the radiator grate! Ebonized bedside tables and a small mirror over the headboard coordinate with the black picture frame and dark finish on the chandelier. A whispery blue- gray used on the walls adds atmosphere without being assertive. 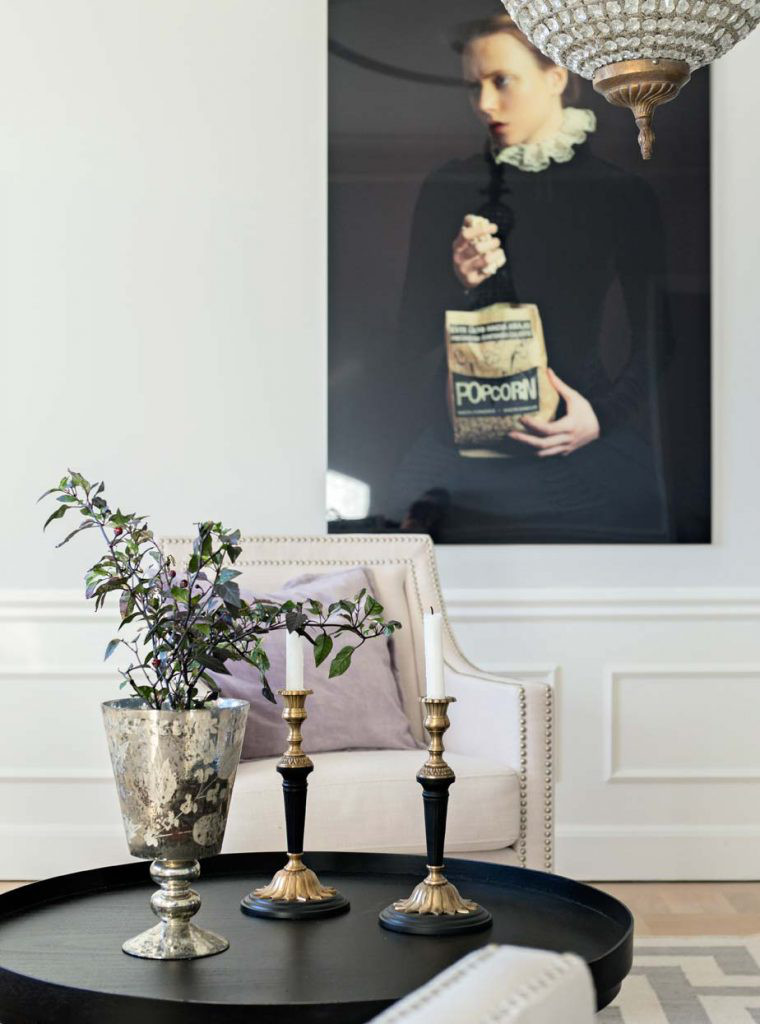 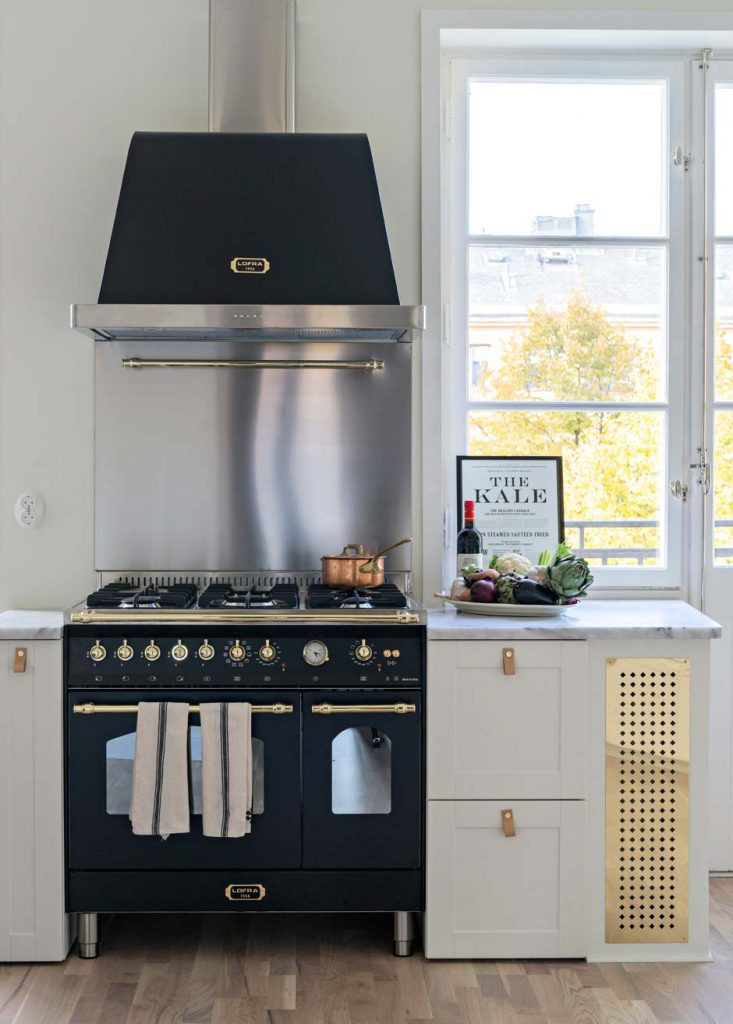 I wrote about the appeal of black French ranges in white kitchens in a 2014 post. Here’s an Italian black range find — new to me — Lofra‘s Dolcevita 90 — with a double oven, terrific brass accents and a matching hood. Lofra ranges are unknown in the U.S. but they offer sleek styling plus modern convenience. Together with gray marble counters and flanked by white cabinets this black range has an undeniable Wow factor. 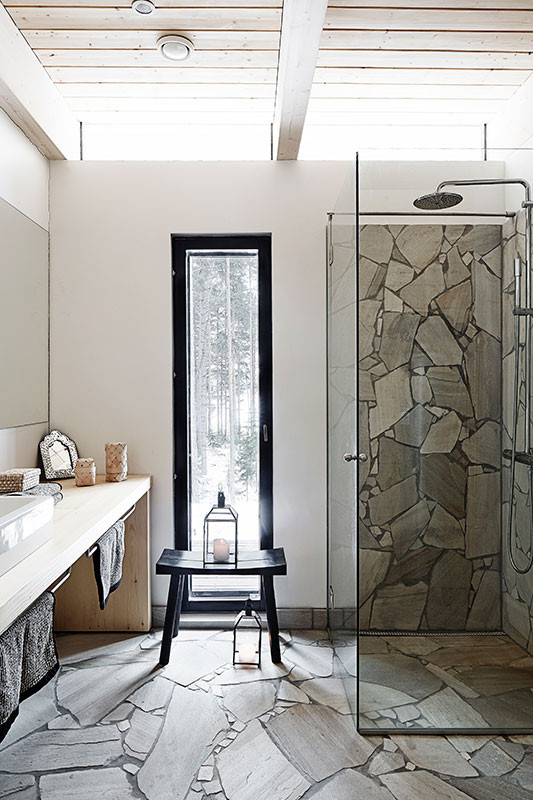 So subtle, the black trimmed window and elemental stool pick up dark tones in a bath in a Finnish lake house where white Lappi slate (from Lapland) was used for the shower wall and flooring. Beams and ceiling are spruce. Stunning!