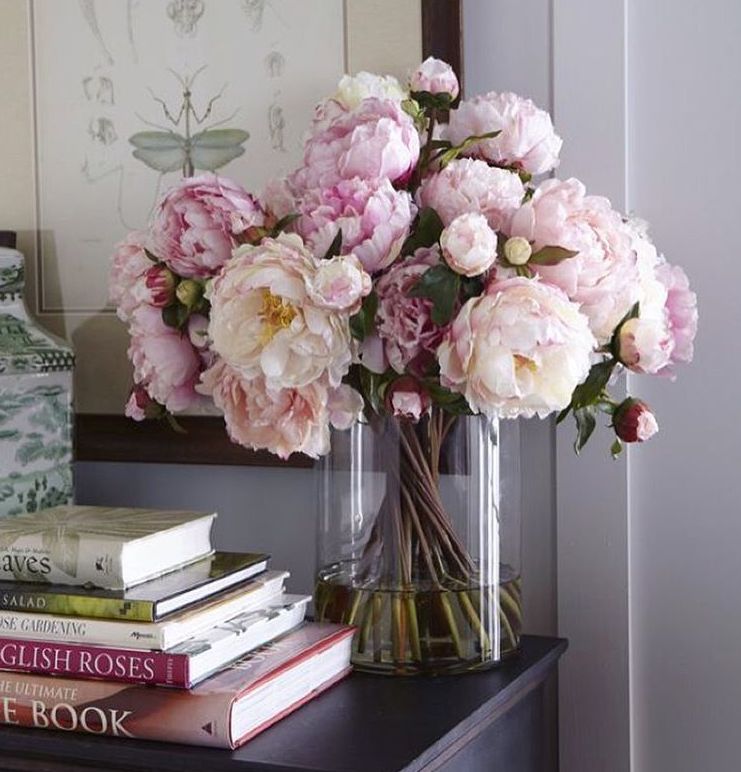 Peony pink ranges from blush to intense with its own subtle spectrum in each blossom.

Bubblegum — not peony pink — was the mid-20th century pink hue I remember in bathrooms and kitchens. In those days that shade of pink suggested a room used by women or children. It also was popular for nail polish. My mother had two pink living rooms of memory and, perhaps, that’s why some of the pink décor that has been cheerfully returning to houses is not a favorite of mine.

I do love peony pink because it’s not one shade. It has range and nuance — from the palest blush pink to fully saturated “shocking” pink all in one flower. When someone wants to be inspired by color from nature, look no farther than a variegated peony with its hues that fan, blend and accent. 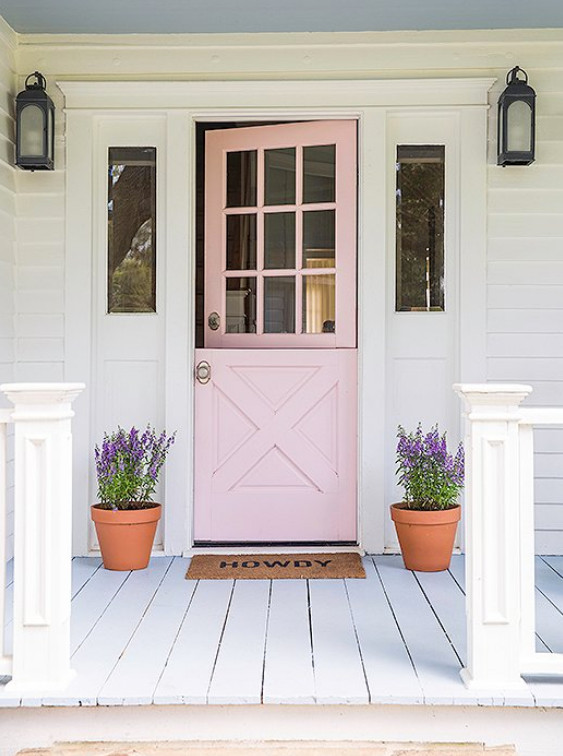 It’s bold to paint a front door any shade of pink. This one, for a Texas farmhouse, is tamer than the Mid Century eclectic entrance door in Palm Springs that Allison wrote about several years ago. But it makes a color-lover’s statement nonetheless. 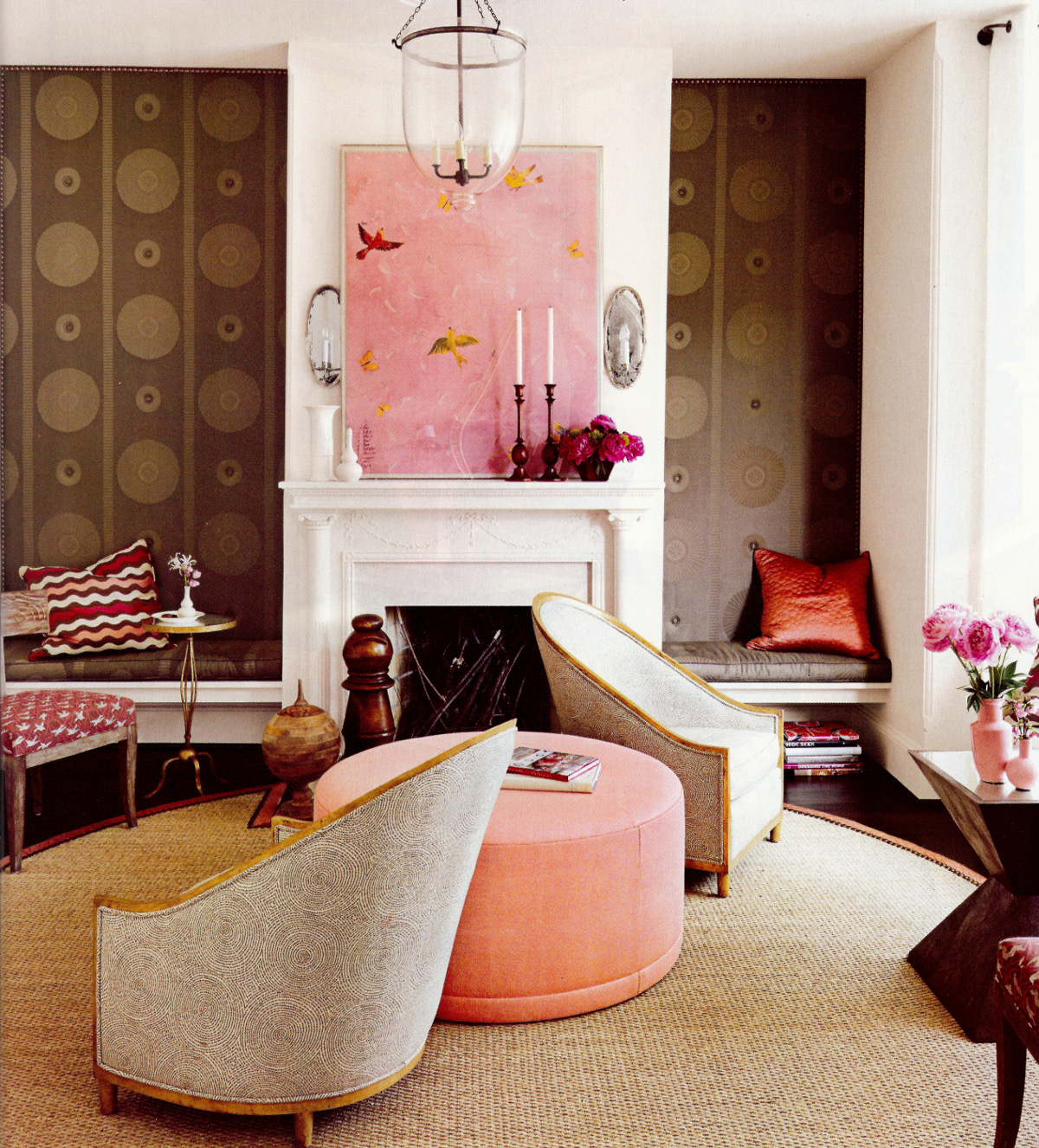 Designer Barry Dixon combined a muted pink (note a vase of peonies on the table) with cocoa brown. It’s a soothing yin-yang combination that tempers the pink but also marries well with taupe in this Washington, D.C. living room. 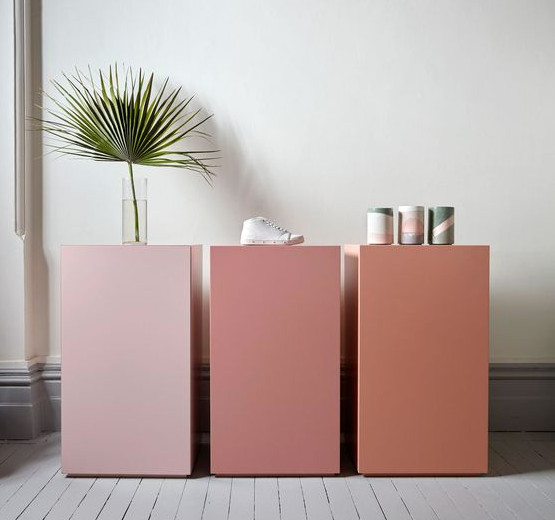 A pink plinth? This concept shot from Flack Studio in Australia reads as floral but still very neutral to me. While the gradient colors are interesting, the idea of using a peony pink for a pedestal that would usually be white, black or wood-tone feels fresh and young. This picture almost drives me to the paint store! 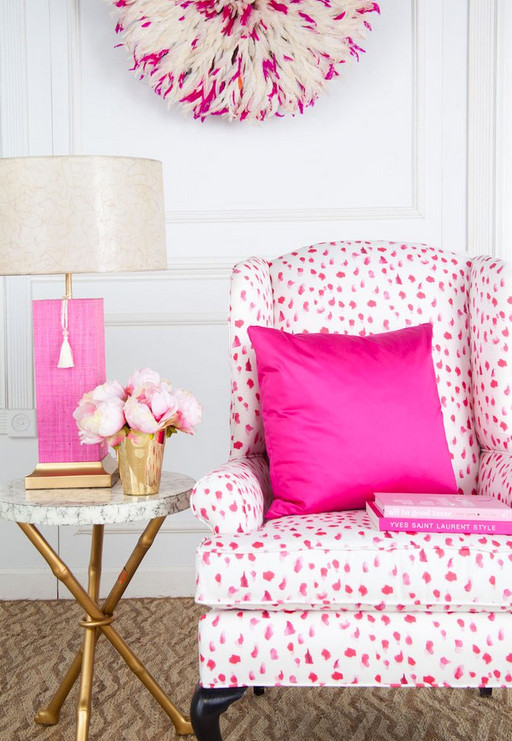 Strong shades of pink can be found deep in the center of some peony buds. And yes, there’s a vase of peonies right next to this statement chair covered in Inslee Africa leopard-print fabric. The message may be subtle but a peony pink leopard print is nothing short of wild.