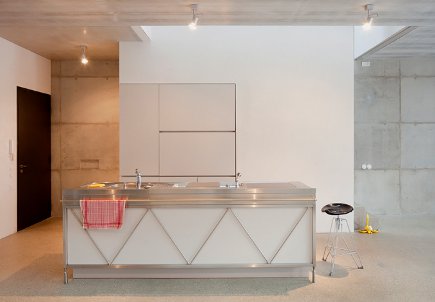 I’ve been thinking about how kitchen style mirrors the pull of old vs. new in our culture.

Sometimes a single image sets off an emotion-charged debate. That is especially true of kitchen style which seems to be an odd litmus test of how people feel about things going on beneath the surface of our lives, but one that rings true. Recently, I was surprised by the scorn heaped on the kitchen style of this contemporary Bulthaup kitchen in a Berlin apartment — derisively described on the internet as looking “like a warehouse” by people whose kitchens were mainly inspired by a look from 1900.  For me, the  kitchen looks pleasantly contemporary and architectural – not unlikely in the country where modern architecture was born and where rebuilding from post-World War II destruction only began in 1989 — after the fall of the Berlin wall. And Bulthaup really typifies the high-quality look of the modern “international kitchen” that I believe will lead the way in home style over the next 20 years when we will be forced to use more sustainable building materials and make do with less stuff and less space.

This international kitchen style already exists but for now — with the exception of Ikea — it sits at the high end of the cost an materials spectrum. It’s not surprising that it’s dismissed as challenging or cold since it’s still somewhat rarified. But I believe it will be more accepted (at least in the U.S.) as major change kicks in due to new technology, finances, social structure and ecology. I expect it felt the same way back in 1911 when the telephone was new and industrialization had begun to replace handmade goods. At that time, stoves were still fueled by coal and many kitchens still located in a basement staffed by servants. 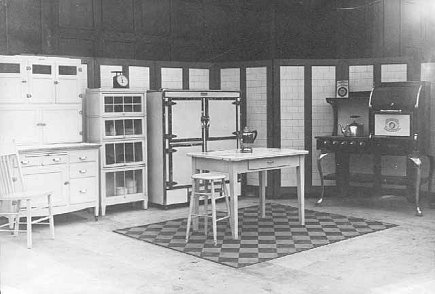 Less than a decade later, following World War I, kitchens were becoming modernized and moved upstairs. 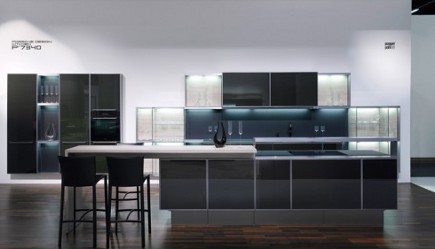 So, inevitably some of us are looking forward towards the European/architectural model of streamlined, green and space-efficient kitchens sleek lines, minimal decoration and easy-to-clean flat surfaces and cabinets made of aluminum or glass instead of wood. Poggenpohl’s Porsche Design P’7340 relies on aluminum frames, back-lacquered glass, touch control drawers and doors, interior cabinet lighting and, of course, an audio-visual component. 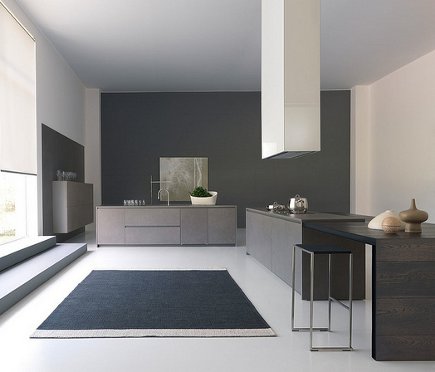 I adore this Modulnova 20 kitchen look and could easily live with integral drawer features, the Gaggenau all-over induction cooktop, combi-heat ovens, and smart-house digital electronic systems. It looks so clean and easy.

Perhaps this is on my mind because, after 20 years, we are placing our apartment on the market and planning a move to the house we lovingly renovated eight years ago but only have lived in half time. That was my first kitchen redo (2003) and don’t tell Mr. AM but I’m eager to update again (even though it’s in brand-new condition).  Shhh! Please! 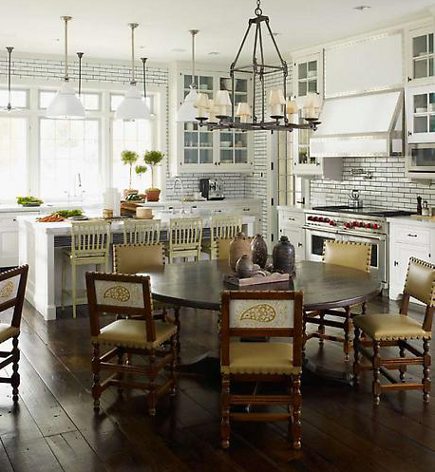 I don’t mind making this prediction but when the visual shift will kick in is anyone’s guess. Since 2002, I have been watching designers create incredibly handsome kitchens, like this one by Steven Gambrel, which have changed less rather than more and continue to look back a hundred years for kitchen inspiration. These days there’s more furniture in the mix but what I’m talking about (again) is the iconic white Victorian-style rooms with double-tier cabinets, bracket details, hunky appliances, subway tile, old-fashioned farmhouse sinks and historical detailing that ranges from bead board wainscoting, to pendant lights. Lately variations are featuring newer stainless steel sinks and appliances to make us even more amazing but the aesthetic remains decorative and “more.” 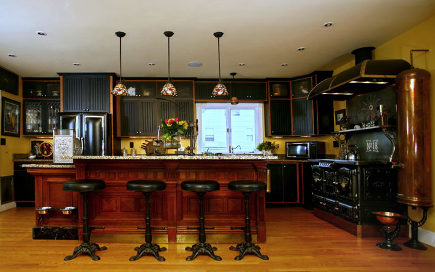 Speaking of m-o-r-e, most bizarre is the throwback vogue for steampunk, which I find both hideous and incomprehensible in a kitchen. Anyone who loves this look can knock themselves out ( a result maintaining it will likely produce). Living in a “Gangs of New York” stage set mash up makes no more sense to me than time travel but with a frightening nuclear meltdown to the west and government on its head at home and abroad,  perhaps fantasy is more appealing than reality – even in the kitchen.