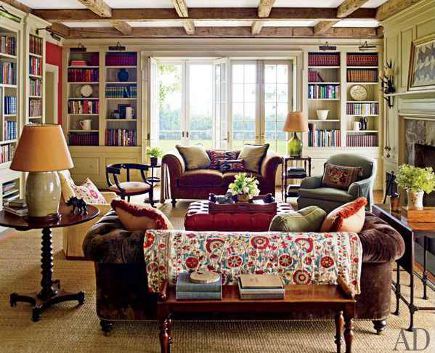 See the lovely flowered textile draped over the back of the velvet-covered Chesterfield sofa in the foreground of this living room? That’s a large suzani textile and if you look carefully you can see a pillow in a similar pattern on a chair to the left (just behind the lamp). 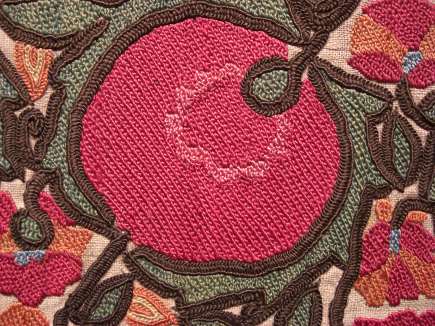 Back in 2008, Allison discovered some of these lovely silk-embroidered pillow covers (then about $35) for her great room chairs [below] from an eBay seller in Tashkent, Uzbekistan. I was familiar with suzanis having encountered a few gorgeous examples of these traditional Central Asian textiles with fruit and floral motifs at a Sotheby’s rug auction the previous year. Those cost thousands but I photographed a detail at the exhibition because I was blown away by the vibrant color of the pomegranate motif [above] and the intricacy of the hand embroidery. 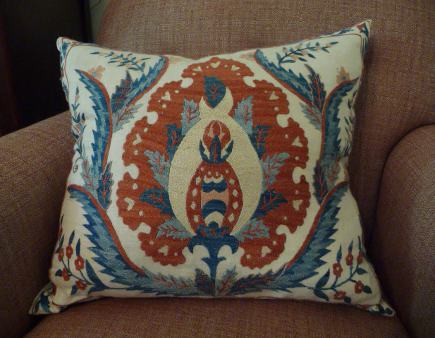 The traditional blue and orange colorway in Allison’s pillow covers also married perfectly with the antique Oriental rugs in my house. 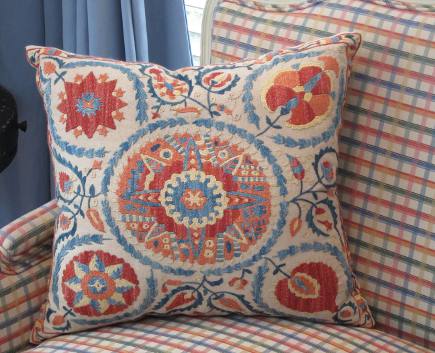 So when she generously shared her source, I ordered pillow covers, too. 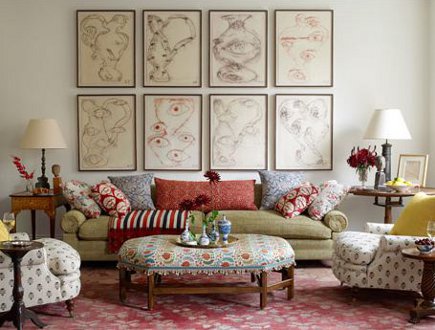 Naturally, I included our pillows in my Suzani Tsunami post after the textiles started to turn up in magazines like Architectural Digest [top] and on the ottoman in a boho living room [above]. 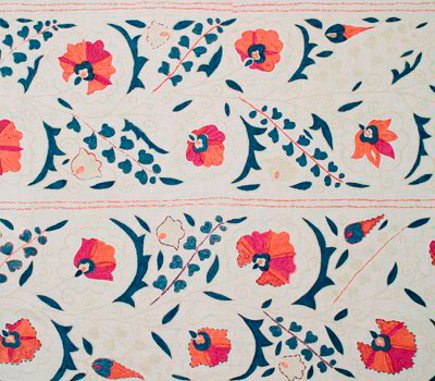 Suzani textiles embody a centuries-old dowry craft which also has been taken up as a printed motif by Robert Kime, whose luxe line of exquisite linens is enormously influential in the design trade.  At the same time, the respected Atlanta textile dealer, Marla Mallett, began to sell large suzanis of the same quality as our pillows while also providing some of the best basic information about technical and stylistic aspects of the embroidery. (Links to that information are in my original post and worth reading I think.) 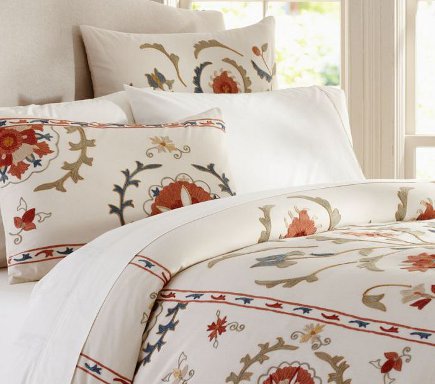 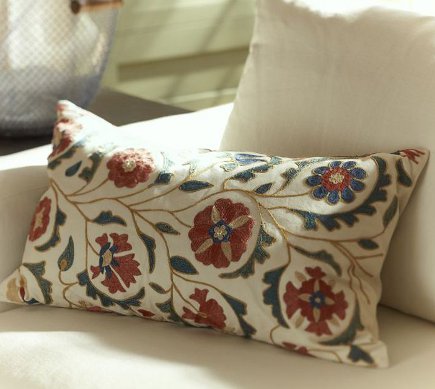 These are mainly cotton embroidery on linen and produced in Turkey.  These centuries-old patterns give off a boho vibe but are versatile enough to be used as accent pieces in both modern and traditional décor. After all, they are florals. I just wish PB would embroider some real information about the style onto their marketing, which reads as if they just found this brand-new thing on a trip (ha ha!). It would be hard to believe, but perhaps they did.

I also noticed that Calico Corners introduced a suzani-print fabric collection, which is smart because these stylized flower and fruit prints make amazing draperies. 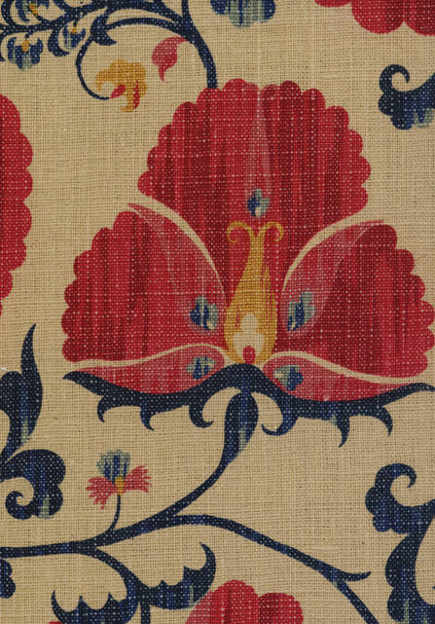 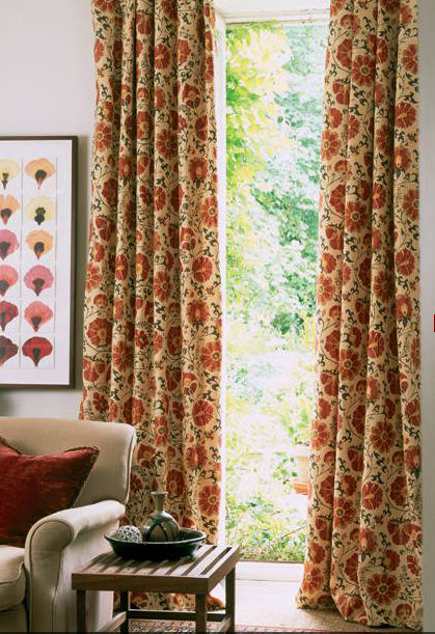 I had to include these curtains made from the L&W fabric in my favorite blue-and-orange pattern. Linen fabric is fabulously expensive but this one is more affordable than Mr. Kime’s. 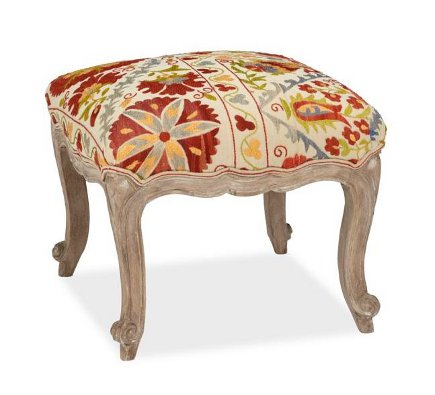 I must admit that PB has done a great job styling their suzani pillows and bedding and that the prices seem fair. Sadly, our original source now has moved on — or rather off eBay. Meanwhile, with PB also showing suzani-upholstered furniture, like this charming ottoman, the look is set to go mainstream.