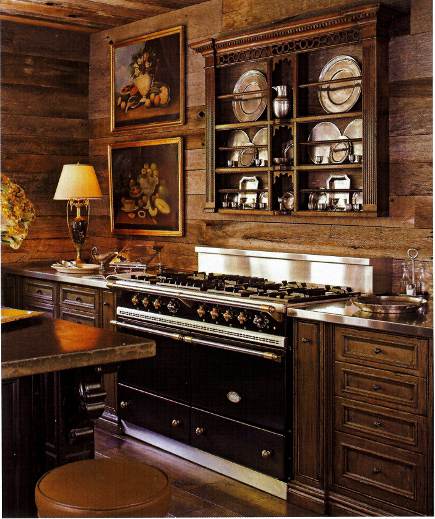 Instantly  recognizable by the star-shaped handles and the oval badge on the oven door, Lacanche ranges are the popular French “pianos” from Burgundy. Perhaps the most basic Lacanche is the ever-chic black version which has broken free from its traditional style category. For a rustic but grandly atmospheric in an elegant country home in the Smoky Mountains, designer Suzanne Kasler paired Lacanche’s Sully model with natural wood cabinets, an ebonized island, and antique details such as the 19th Century English oak plate rack. Sleek stainless steel counters tie in with the trim. (You can see Screen Porch Heaven in the same house). 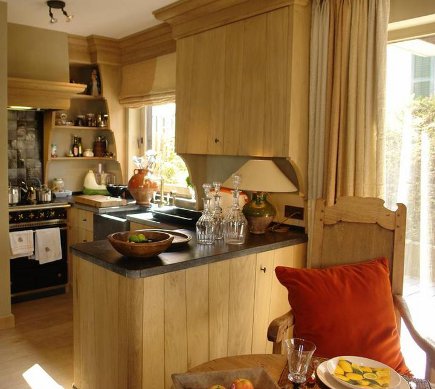 Designer Brigitte Garnier also included a black Lacanche in her showpiece Belgian Country Kitchen and went black again in an extremely modest country kitchen that features a diminuitive Lacanche Cormatin. One of our favorite NY hangouts, Mosiac House on West 22nd  St., is a major purveyor of the square Moroccan glazed tiles the Belgians favor which, despite the fuss over Belgian kitchens, has yet to go mainstream for backsplashes. 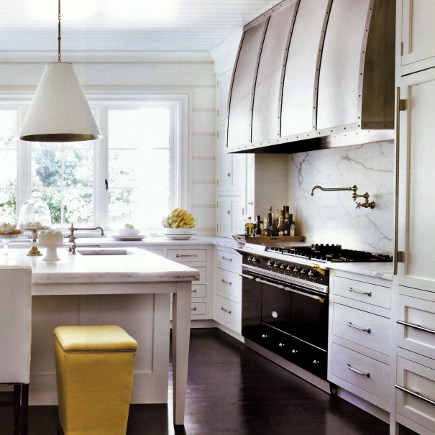 A classic white and marble kitchen with contemporary hardware and detailing might be a little more conventional were it not for the stunning Lacanche Cluny 1400 chosen by Welsh-born designer Melanie Turner. Crowning the range with a massive custom vent hood, while concealing a SubZero behind cabinet panels, keeps the focus where it belongs.

Copy and Paste the Link to Quick-Share this Post: http://bit.ly/HE8wth