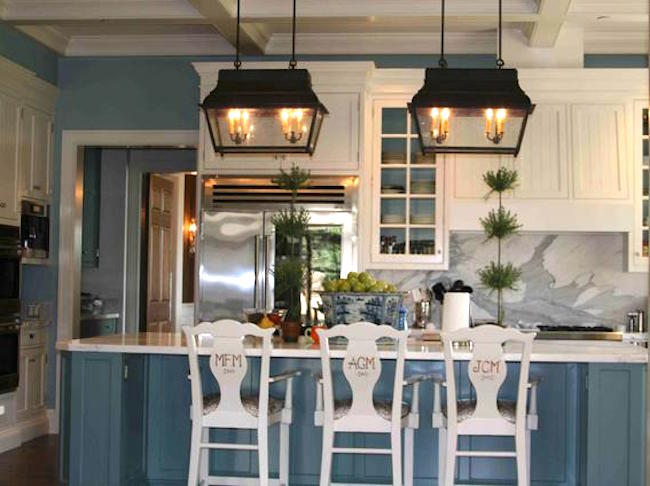 Monogramming kitchen cabinets and furniture with word art and initials is a luxe way to personalize.

Monogramming things is a way of asserting ownership and has been for centuries. So perhaps it’s natural that monogramming kitchen furniture and fixtures would become as popular as monogrammed napkin rings or headboards. Whether it’s a way to indicate what belongs to whom or simply a form of embellishment, monogramming is gaining in popularity. Perhaps it’s an alternative to using word art decoration — or not.

Designer Megan Yager, who practices in Texas and California, created fancy monograms for the backs of the stools pulled up to an eating bar of a blue kitchen she did in Oprah’s home town of Montecito. The stools have a traditional silhouette, with vase-shaped slats that lend themselves to embellishment. The vivid blue used on the island walls works well with the gray and white marble of the backsplash. Lantern light fixtures are pretty much a fixture in Texas – we’ve seen them again and again – so it’s no surprise to see them here. 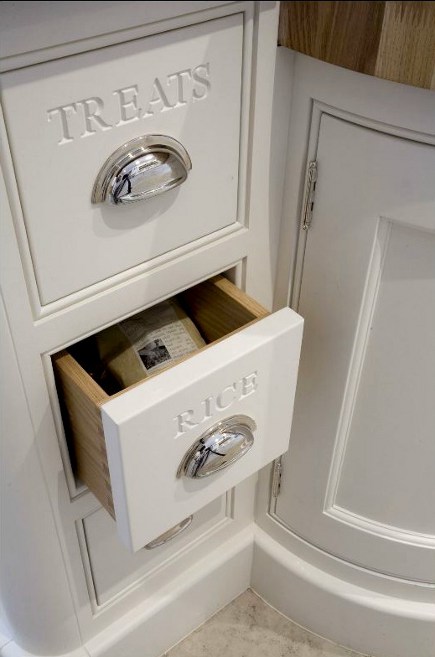 Bespoke kitchens from Britain’s Tom Howley have some exceptional details – chief among them drawers with carved words used as decorative labels. While these take the idea of  monogramming one step further, the words serve the same purpose. No problem as long as no one wants to change things around in the kitchen.