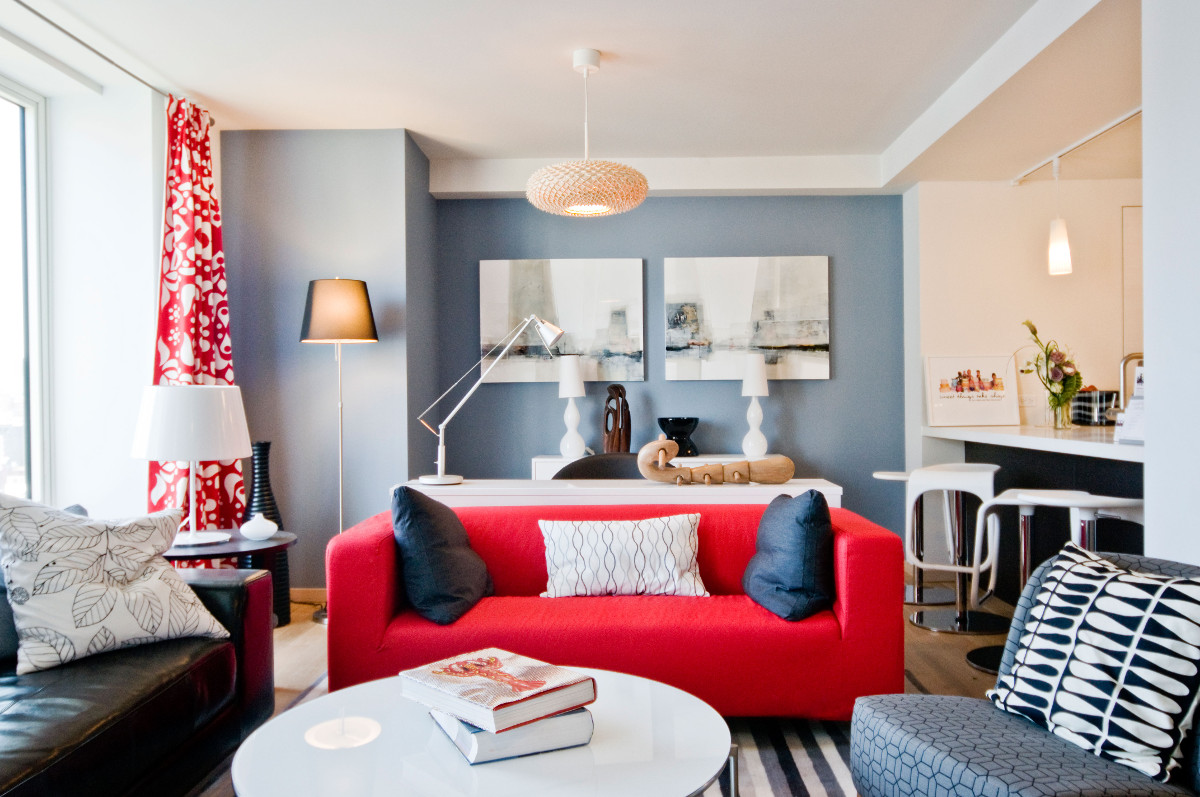 Tour this $3.545 million penthouse furnished for newlyweds completely from Ikea

High wedding season is reason enough for a show house dubbed “Newlywed Nest,” sponsored by Bride’s magazine and designed by top New York residential designer, Inson Dubois Wood, using furniture and lighting exclusively from Ikea. The 2,000-square-foot interior space is essentially a two bedroom triplex with a monumental roof terrace that offers spectacular views. After buying a multi-million dollar space, especially in the trendy East Village, such a space it’s ironic to head to New Jersey for furniture, especially from Manhattan. That was the challenge for designer Inson Wood and the results show how much can be done on a budget. 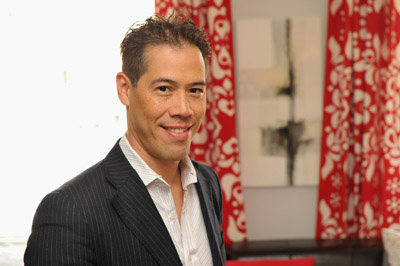 New York designer Inson Wood has been featured in Architectural Digest and included in top New York showhouses. So it was great to get his thoughts and see which Ikea pieces he picked. It took Wood and his staff about a month to pull the space together.  “I wanted to use neutral colors with splashes of red and dramatic art [supplied by Inson Dubois Wood] to activate the spaces,” he explains.  “I tell clients not to be afraid of using color. If you’re hesitant, try applying a paint color as an accent wall.” 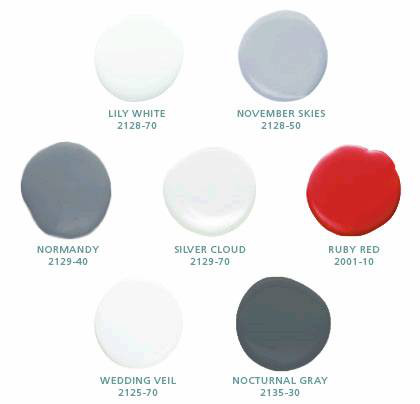 For this project, a palette of seven Benjamin Moore’s Natura no-VOC paints were used, with Ruby Red (2001-10) as the bright accent 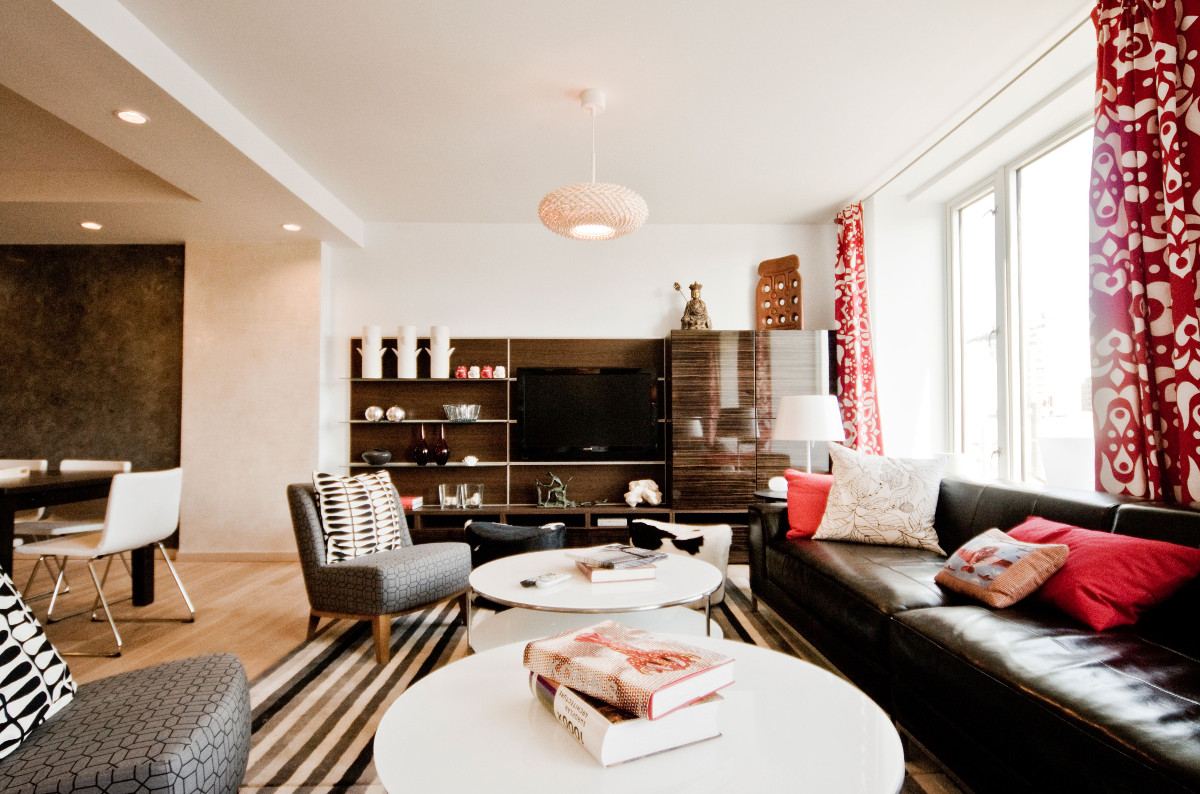 “With young couples,” the designer believes, “the biggest challenge in sharing a space is editing out things while still having places to store your favorite belongings out of sight from your partner.” That’s why storage pieces (like the living room wall unit  shown in the photo below) become especially important. 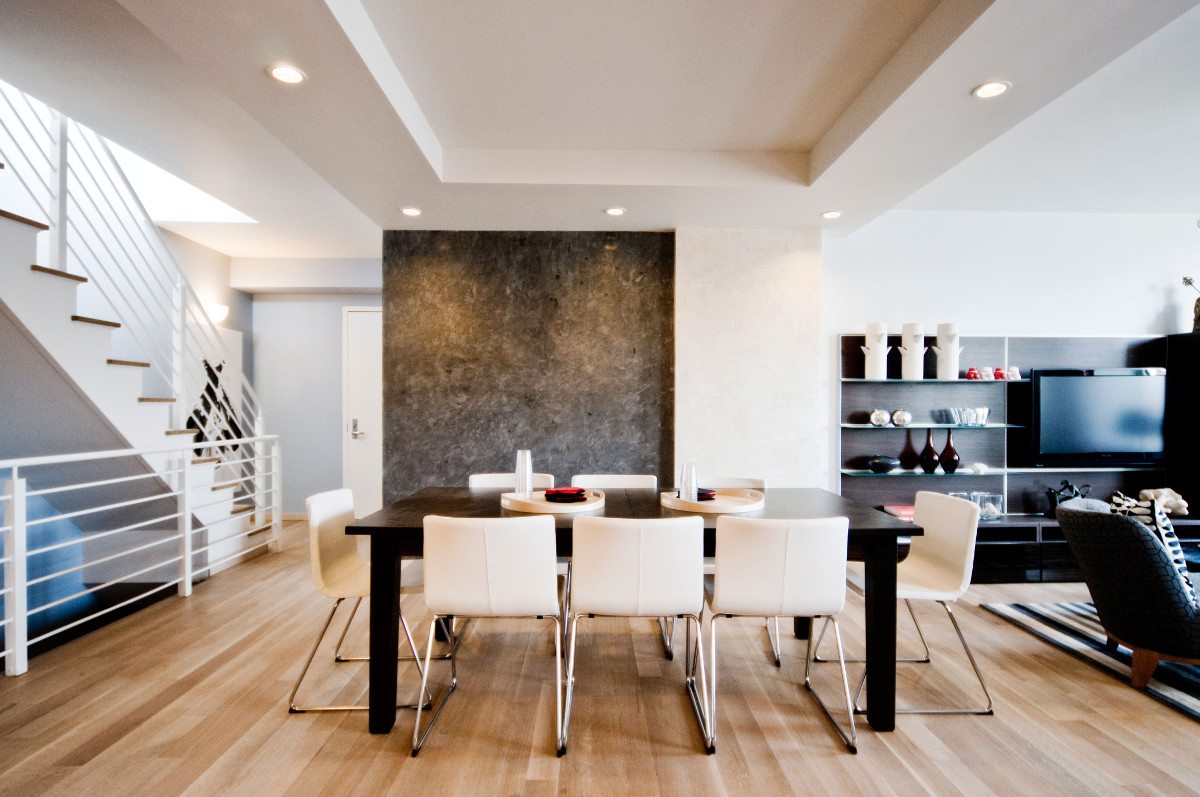 The penthouse has an open plan. On the main south-facing interior wall, one staircase goes up to the sun room and terrace while another goes down to the bedroom level.  The pale paint (November Skies) unifies that wall on all three levels. In the dining room, a dramatic bronze-tone Venetian plaster accent wall was created by Reda Briki. Venetian plaster is a green material and the textured surface in that space works like a piece of art. 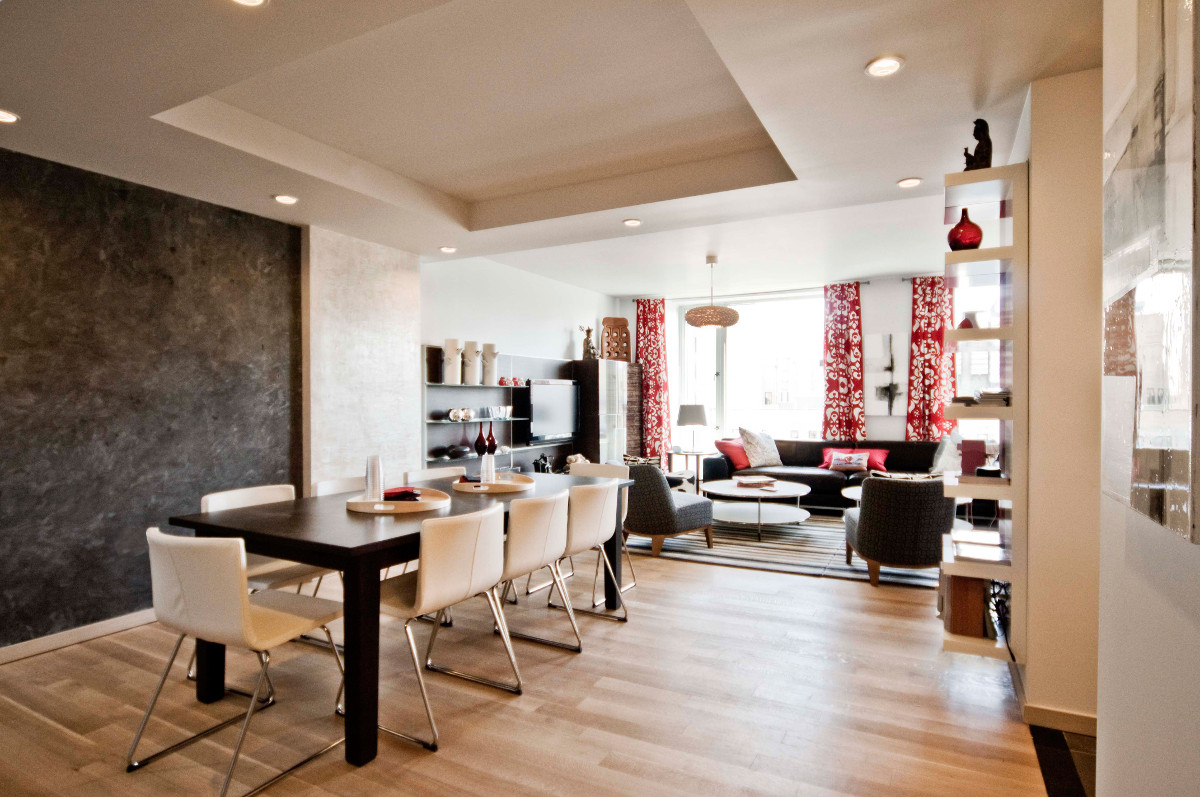 Red and white shelving helps create a visual border between the living and dining rooms on the narrow kitchen wall. The table is Ikea’s Stornas matched with their Bernhard leather chairs. 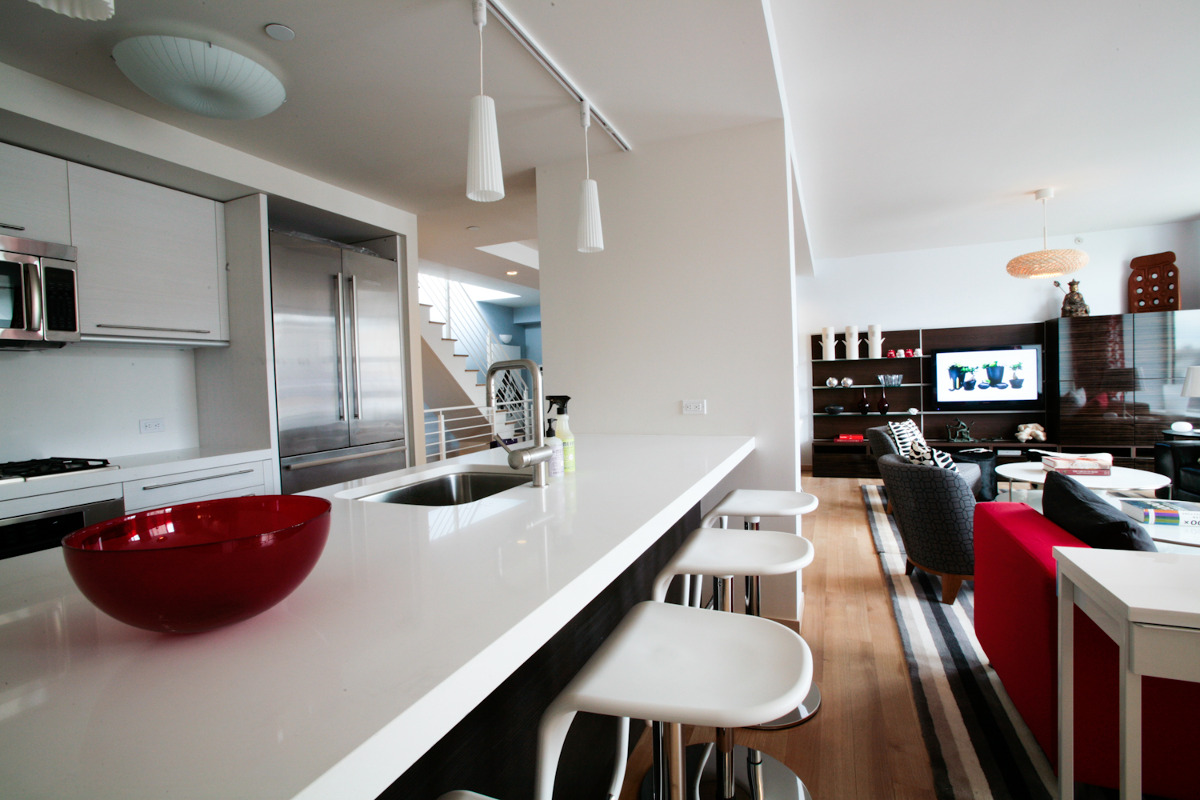 The kitchen was outfitted with a fully recyclable Liebherr refrigerator (other kitchen fixtures were supplied by the builder). 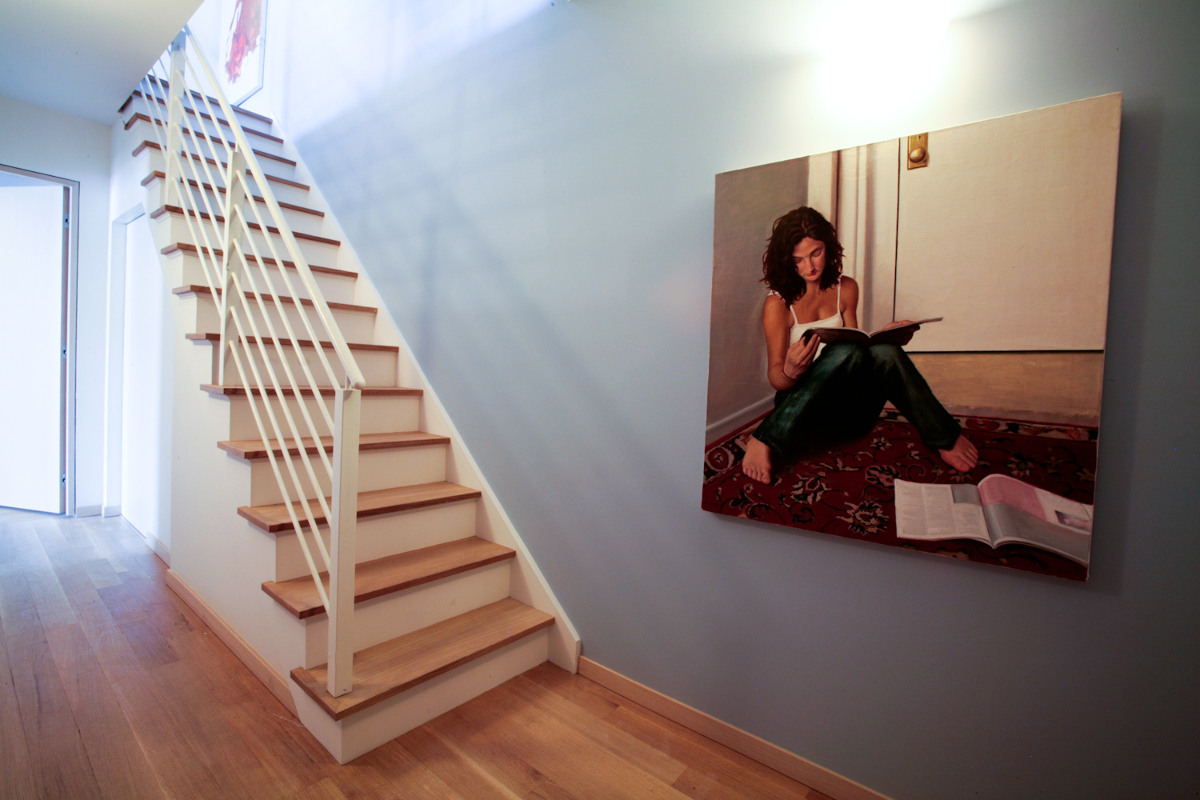 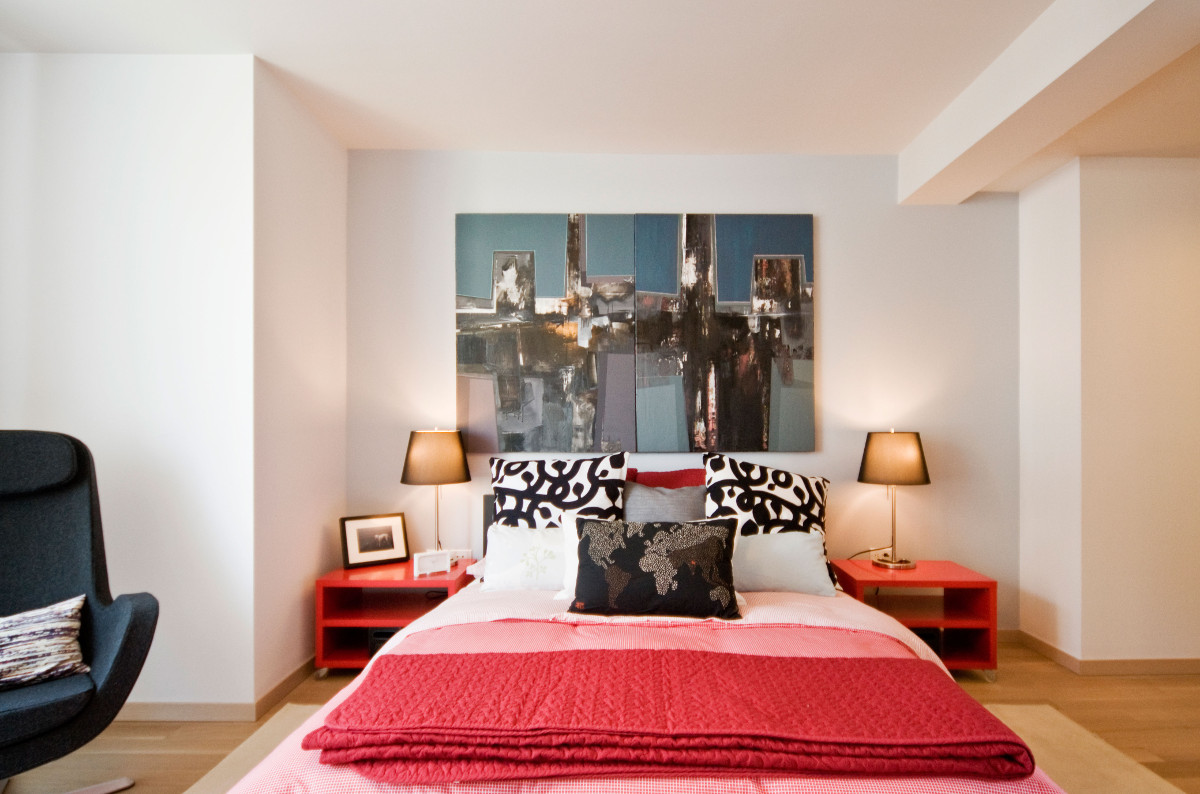 In the master bedroom,  a diptych by  New York  artist Michael Dickey over the bed, underscores the urban theme. Black-on-white print fabric, from Ikea, is used throughout the apartment for draperies and accent pillows. Part of the design, Wood says, “is a bringing together of two viewpoints,” which any wedding does. 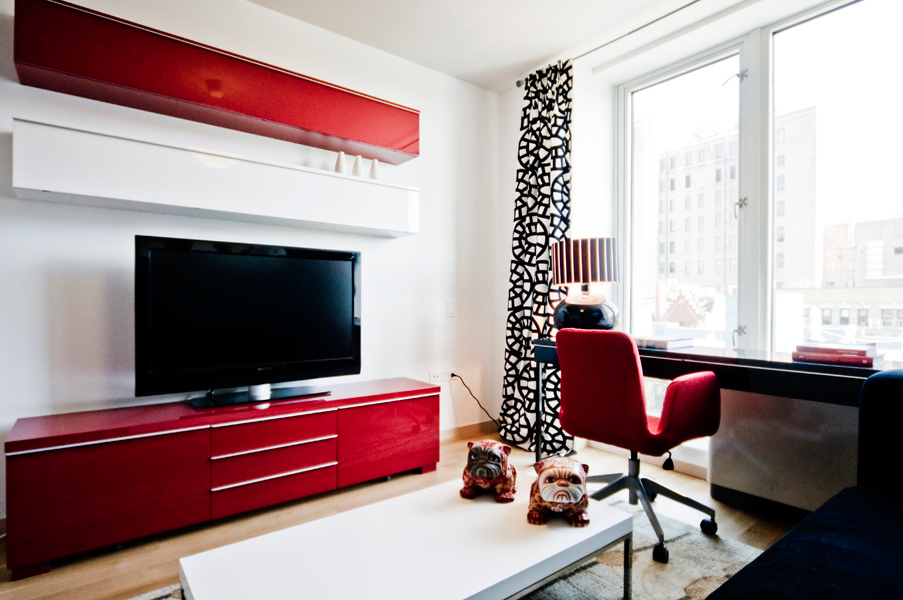 For the media room, Wood chose posh- looking Besta Burs media cabinets. The black and white print draperies were made from a  Ikea fabric similar to the one used in the living room, but in another colorway. 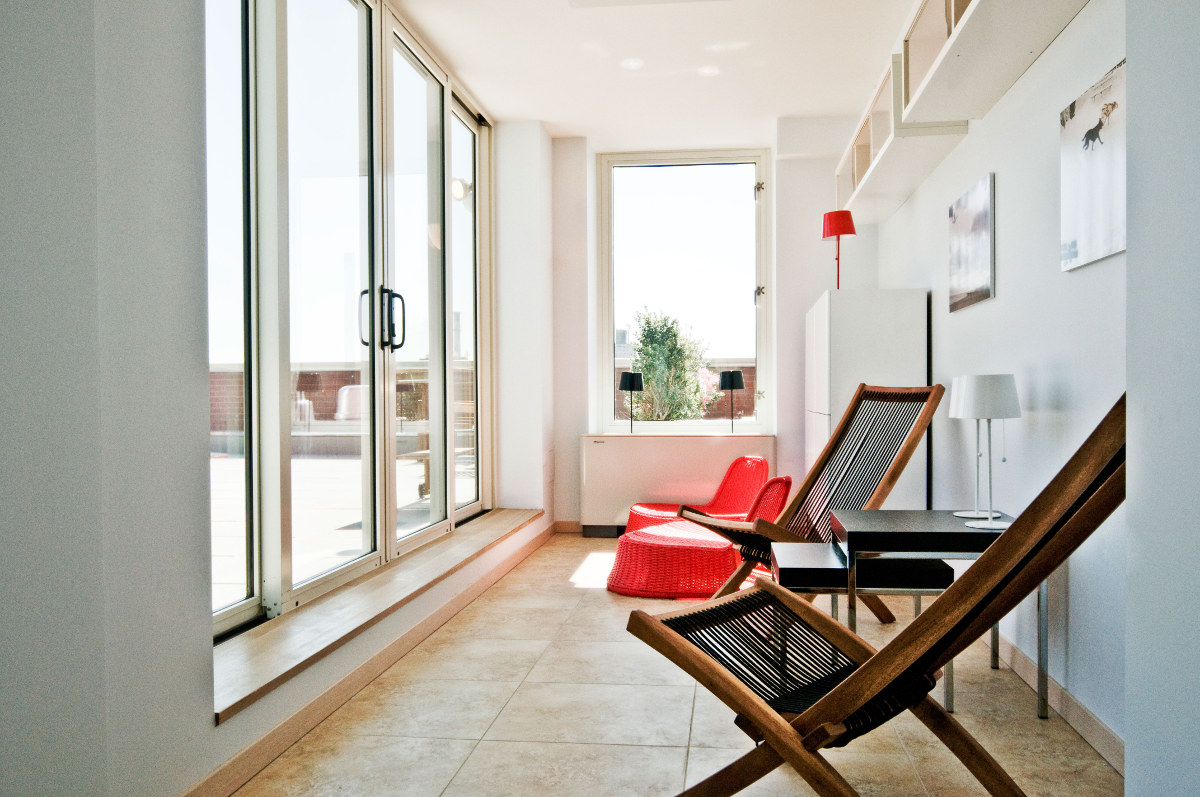 The penthouse sun room opens out onto the terrace with a small indoor seating area as well. There Wood used three pairs of Solig solar lamps. 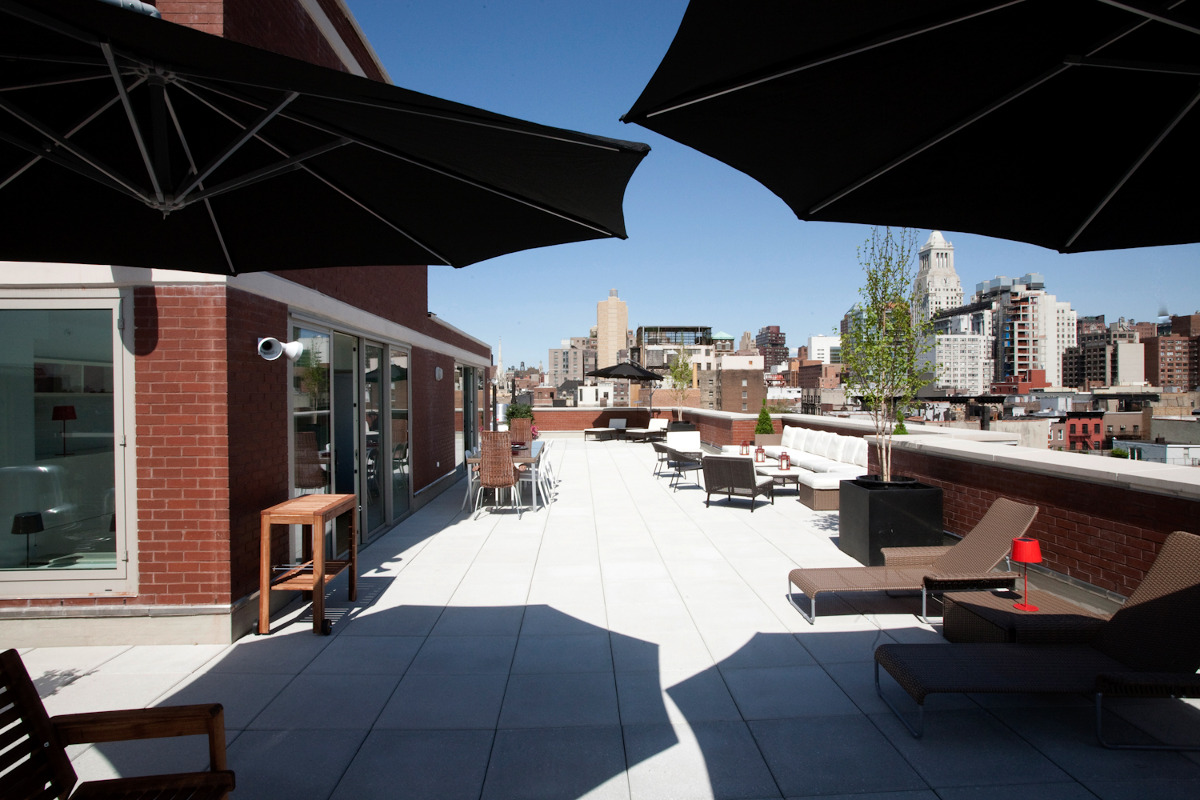 The enormous terrace offers spectacular, panoramic city views and is the same size as the indoor space. Umbrellas shade some tables on one end and in the center, facing the sun room doors, a huge sectional screams “party” from every cushion.