You are here: Home / Houses / Our Houses / My Fabulous Debris 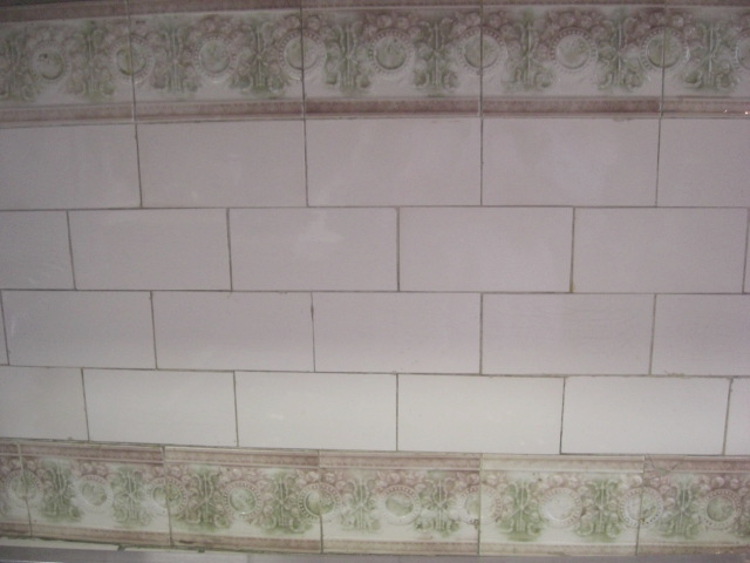 “You’ve got antique subway tile here.” I know, but that doesn’t stop me from hating it

We found a contractor to do the kitchen face lift in our apartment. Following his visit, he sent Tony, the stone man, to measure for our new tile backsplash and counter tops. Tony took one look at the pink and green relief on the 1920s style antique subway tile our 25 year old backsplash, installed by the previous owner, and announced “You’ve got antique subway tile here. These are becoming very popular and they’re valuable. You’d pay $8 a piece or more if you bought them from a salvage yard.”

Get out! I knew from the roses, ribbons and arrow motifs that the tiles were 20th century  – probably Jazz Age or Depression stuff  – but just not my kind of antique tile. I’ve seen mirrors frames done with the same beaded ring motif, too.  Having been stuck with the pink and green in the kitchen for the last 15 years, they’re outta here. Or, to put it more politely, they’re too sweet for me. It’s time for someone else to enjoy them. 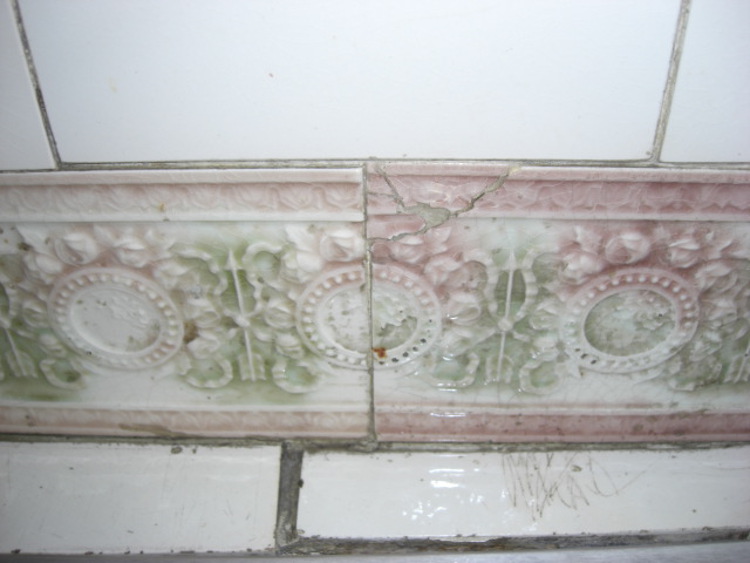 Tony assured me they would break as few of the tiles as possible when they remove them and save them all.  I plan to load them into a shopping bag (wrapped individually in  tissue paper, of course) and head straight for Demolition Depot to cash out. No Craig’s List or eBbay nonsense. My trash is fabulous! And according to Tony the stone man, it’s destined to be someone else’s treasure.

Postscript: I’ll never know what happened to these tiles. Despite a request and reminder, they were not saved — at least not for me.