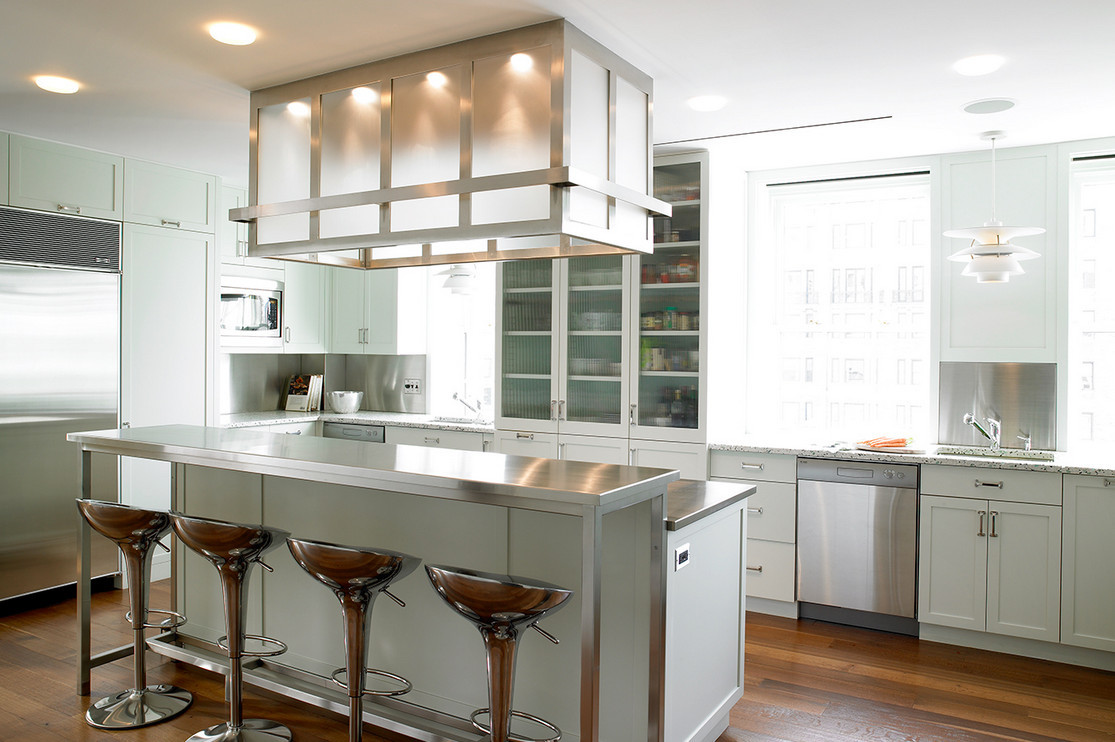 It’s easy to think of pale green kitchens as falling into the Nordic/coastal category but, for me, they have become as neutral as gray or beige. That’s because pale colors tend to be mutable — which means they can take on hints of gray, yellow or even blue while retaining the spa-like aura.

I’m focusing on colors that are similar to those found in the kitchen photos — at least in my computer monitor — because paint colors generate so many questions.

Pale green kitchens handily work with different cabinets style from modern/minimalist to traditional. Architect Peter Pennoyer’s crisp urban kitchen [above] has Shaker cabinet doors mixed with mid-century slab-front drawers. The color is a bit mysterious — it is pale green but it also could be an assertive off white. It’s the subtlety that keeps the from looking generic — the way many white kitchens of this style do. Stainless counters on the island, a stainless backsplash and the massive glass and stainless island hood (with such great lighting!) amp up the coolness.

While this color was murderously hard to pin down, Benjamin Moore’s Par Four 470, similar to a classic French look, might produce the same effect. 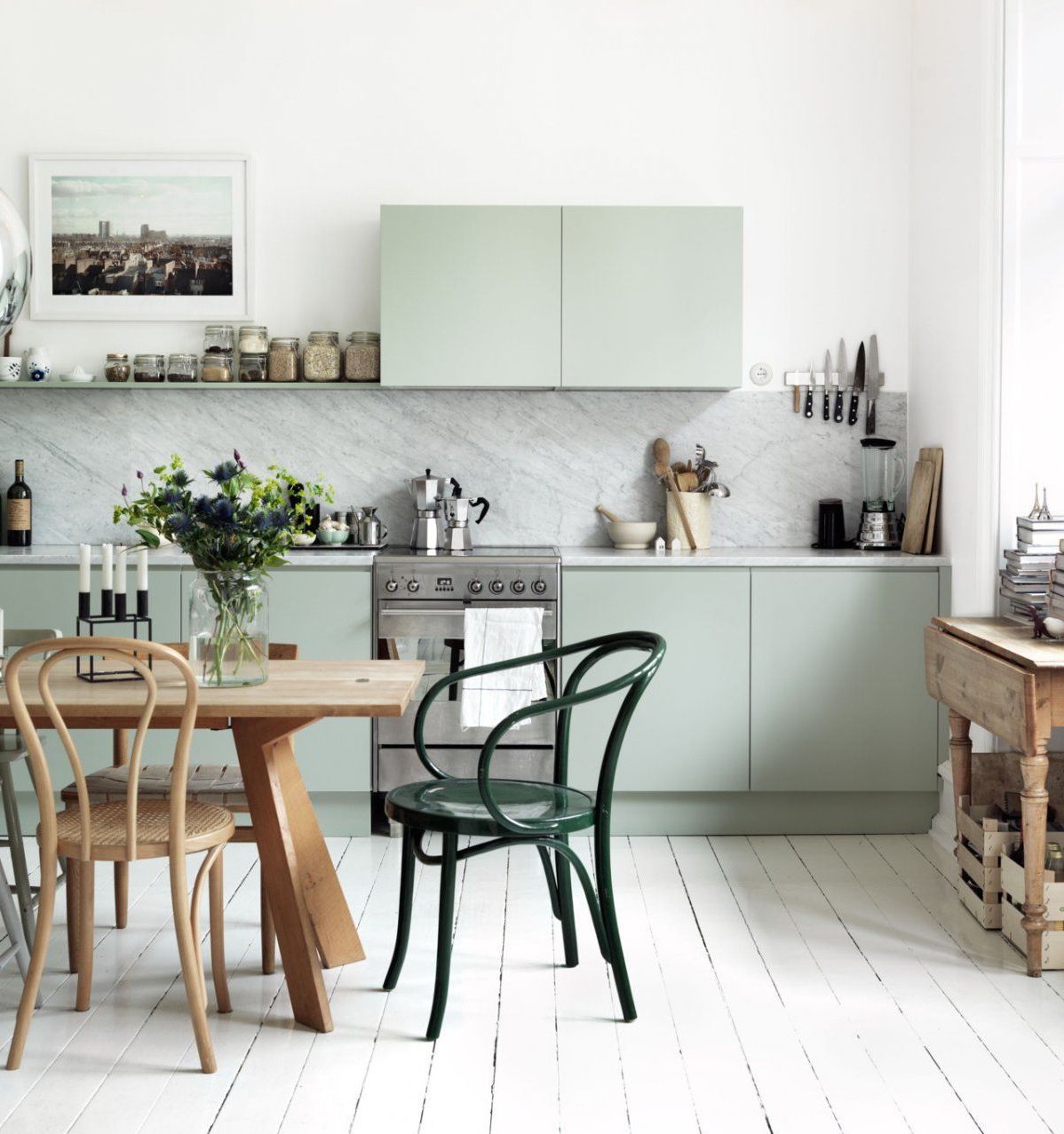 The Swedish kitchen of write Emma Persson Lagerberg pairs a white-painted floor with pale green cabinets, white marble and stainless steel. It’s a pretty combination and Nordic to the core. Does anyone else think  the pair small upper cabinets almost look like paint swatches sitting out their on their own? 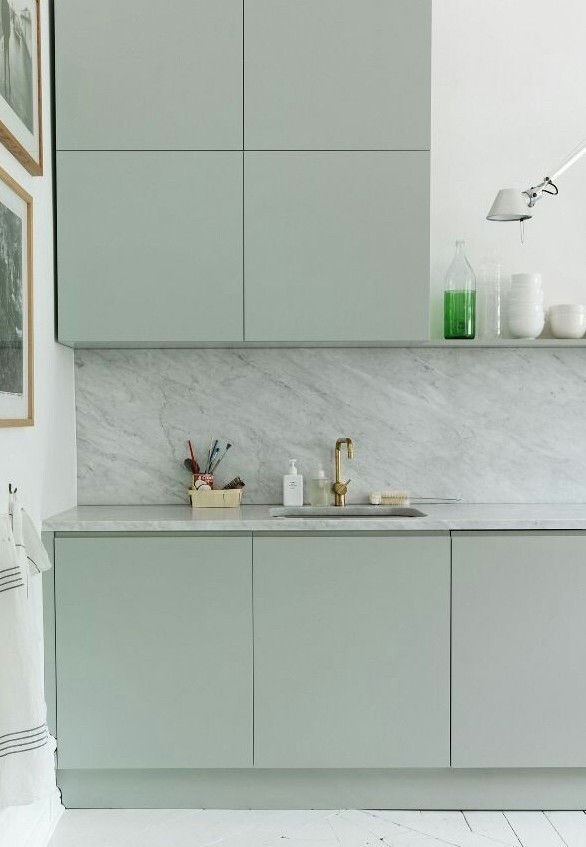 A double stack of upper cabinets anchors one end of the sink wall. The same green becomes thematic as it’s used elsewhere in the apartment as a wall color. 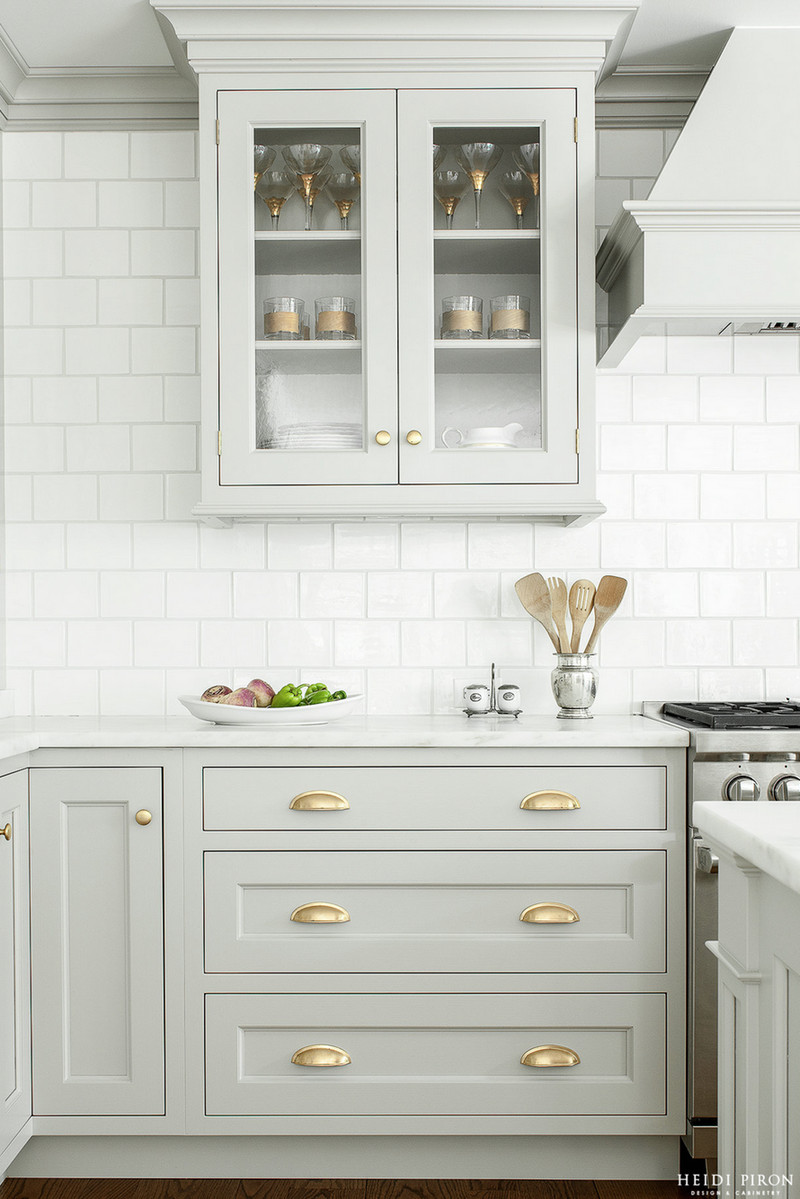 Nearly off-white, Heidi Piron puts a twist on what would surely have been a gray and white kitchen five years ago! This could be described as a “watery” green. For me, it’s more lively than gray and cooler than taupe and it gives this super traditional kitchen cabinet style has a little update.

To approach this cabinet color I had to go to Benjamin Moore’s off white palette to find Winter White OC-21. 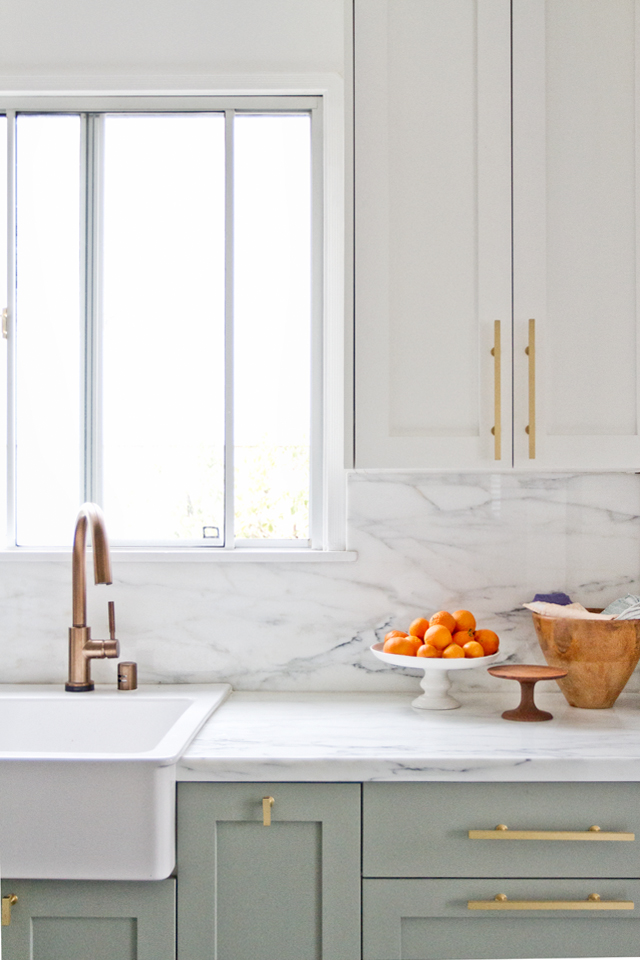 A very pretty before and after blog post by Sarah Sherman Samuel detailed her kitchen renovation which features Ikea carcasses with doors and drawer fronts by SemiHandmade. The cabinet fronts were spray painted with Farrow and Ball’s Wimborne White on the uppers. 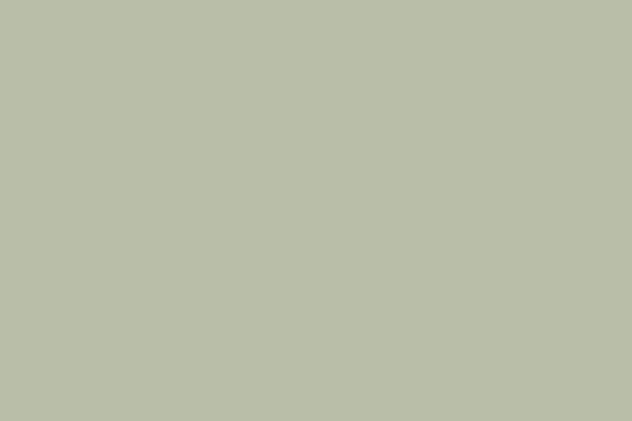 Base cabinets, done in Farrow & Ball’s Pigeon have a wonderful green-gray hue. 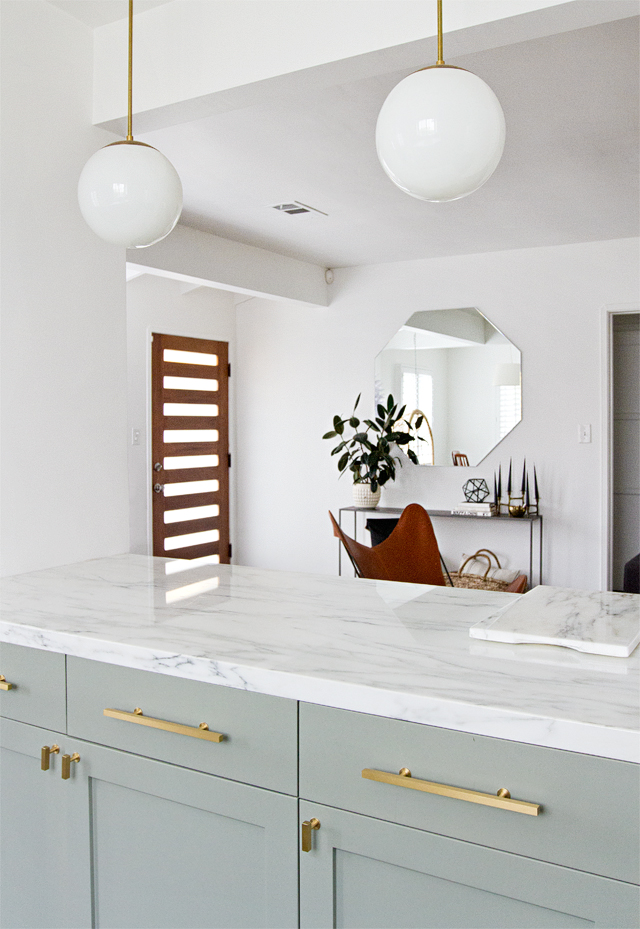 The choice of contemporary brass cabinet hardware and sink faucets really sets off the green in the best possible way. This is a sophisticated kitchen color palette with a bold dash of individuality.