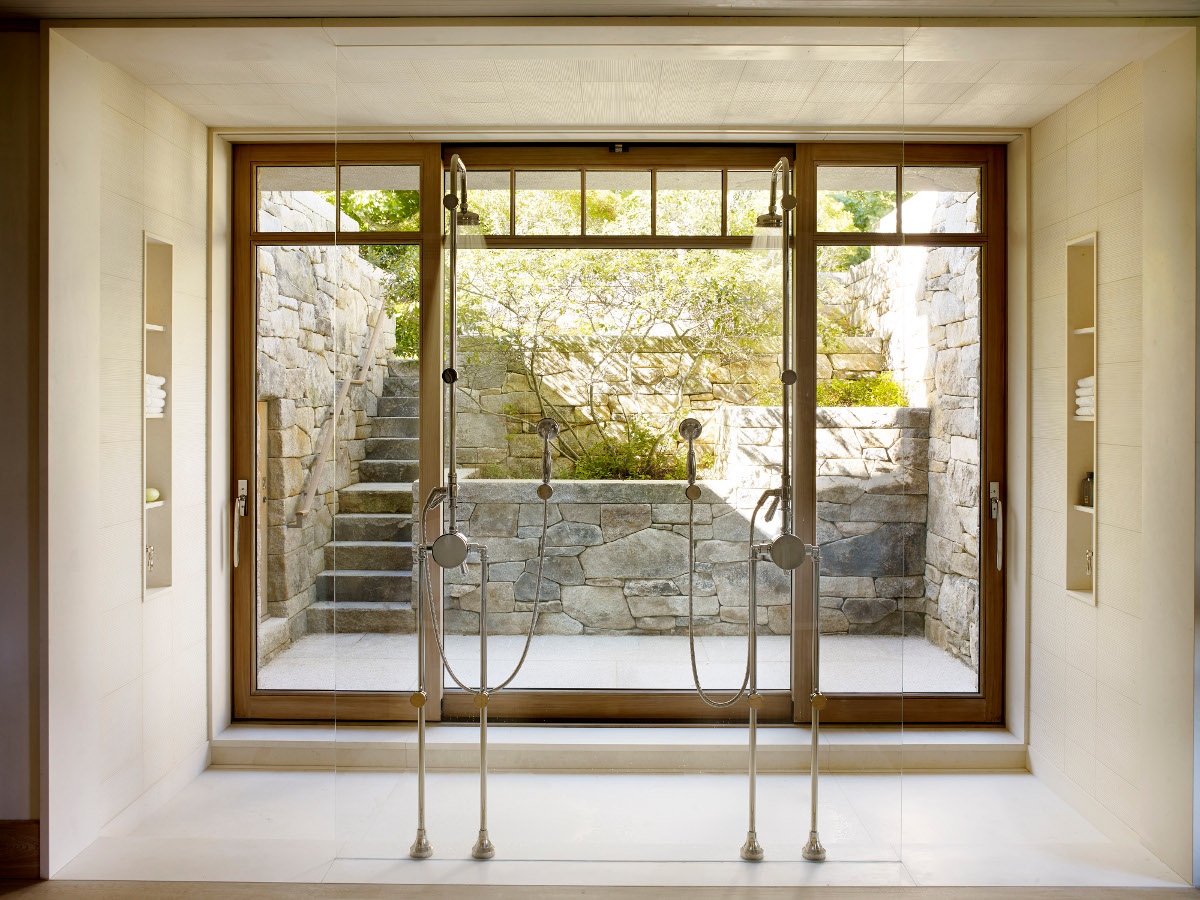 With freestanding showers, finished shower piping becomes a skeleton that performs. The idea is radical to most of us and we don’t see these very often. Here are two double showers with different finishes, features and aesthetics. Each is interesting in its own way.

Architect Tom Kligerman’s double shower in the master bath of an oceanside house [top] is absolutely stunning and designed to leave little in the way that would obstruct the outdoor view. For this elegant minimalist wet area, with doors to a semi-enclosed stone porch, Kligerman chose Waterworks fittings which are anchored to the glass partition. When the owners are using the showers, they face into the cedar-paneled bath which also has a fireplace and freestanding tub. A 180 degree rotation brings the outdoors in.

I find this pair of freestanding showers oddly anthropomorphic, which makes them funny and more approachable. The rain shower heads are relatively small keeping the overhead stream neat. The shower floor slopes towards the outside and the drain is not obvious so nothing interrupts the floor space. Each tower has a diverter for the hand showers which loop out like extended arms. To preserve transparency, that glass partition requires considerable maintenance. 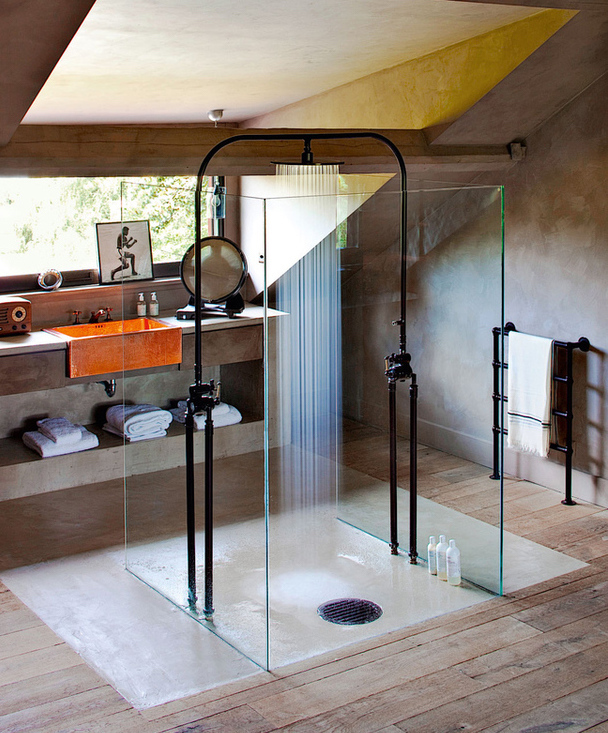 A variation on the double freestanding showers theme is cleverly done in a Swiss master bath. This house in Geneva uses the same idea but the configuration and finish is quite different. Yes, there are two towers and a pair of controls. But they are joined by an arc of piping with a huge rainshower head in the center. To help save the wood plank floor, a square of cement was inset. The cement permitted a visible slope and an oversized drain. Dark shower finishes tend to show water spots so they aren’t widely used in the U.S. where chrome and nickel reign. The dark patina does add a good deal of drama and help the 3-sided glass enclosure seem barely there. A heated towel bar against the wall reinforces the industrial style.