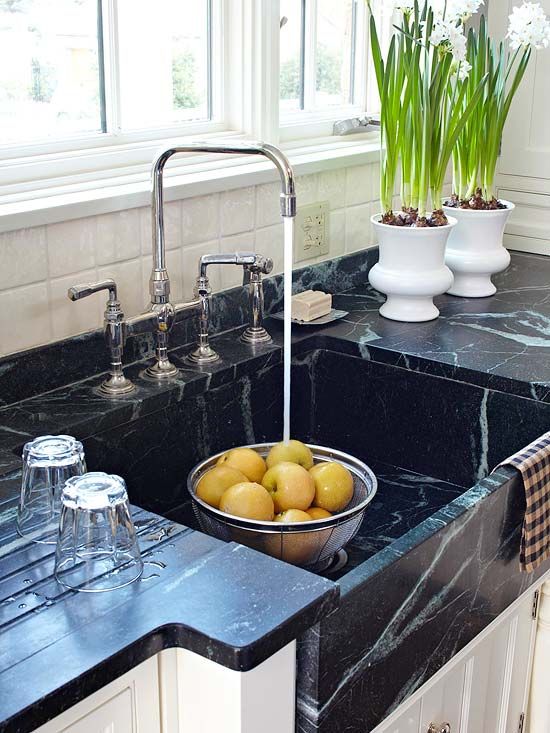 Each soapstone sink is one of a kind, a custom piece that can be the ideal large kitchen clean up station.

Any kitchen with a soapstone sink has a unique appearance. Prominent veining gives each soapstone slab a specific personality. That’s because soapstone, a type of metamorphic rock called steatite, has a more or less limited range of colors from nearly black to steel gray, blue gray or green gray. While soapstone is a relatively soft material which has sculptors favor (a key mineral is talc) it is non-porous and heat resistant though it can gouge. Soapstone may benefit from oiling but doesn’t need sealing. It is heat resistant and works beautifully for kitchen sinks made of the same material as kitchen counters and backsplashes.

The black and white kitchen in the film Something’s Gotta Give ushered in the current vogue for dark soapstone. Our friend Care has a beauty in her Serious Cook’s Kitchen. And this white Better Homes and Garden kitchen, ca 2012, has a handsome big soapstone farm sink [top] with runnels on the left side. Even though it’s looking a little “classic” to me with the short 4-inch backsplash and bridge faucet with a separate side sprayer, the impact of the sink and counters maximizes the investment. 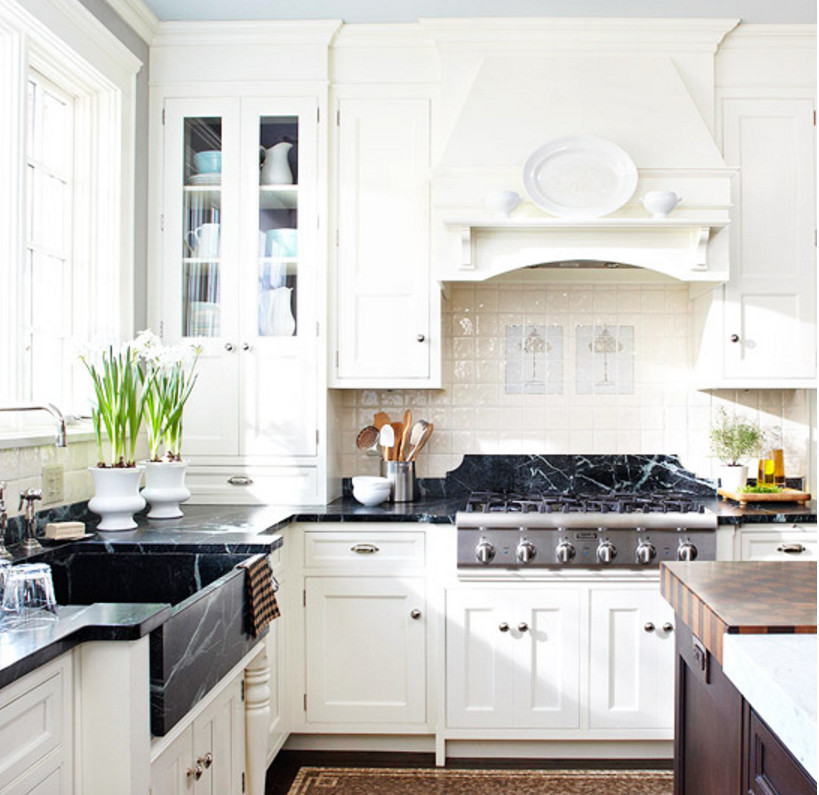 Stepping back, it’s interesting to see how soapstone also was used as a decorative backsplash behind the range top. It’s like a shaped headboard for the stove! What I don’t understand is why a pair of decorative tile designs were inset over it since they pull the eye away from the stone. And lovely as it is, the end-cut butcher block nearby is an additional distraction. But kitchens from the mid-2000s were nothing if not busy. 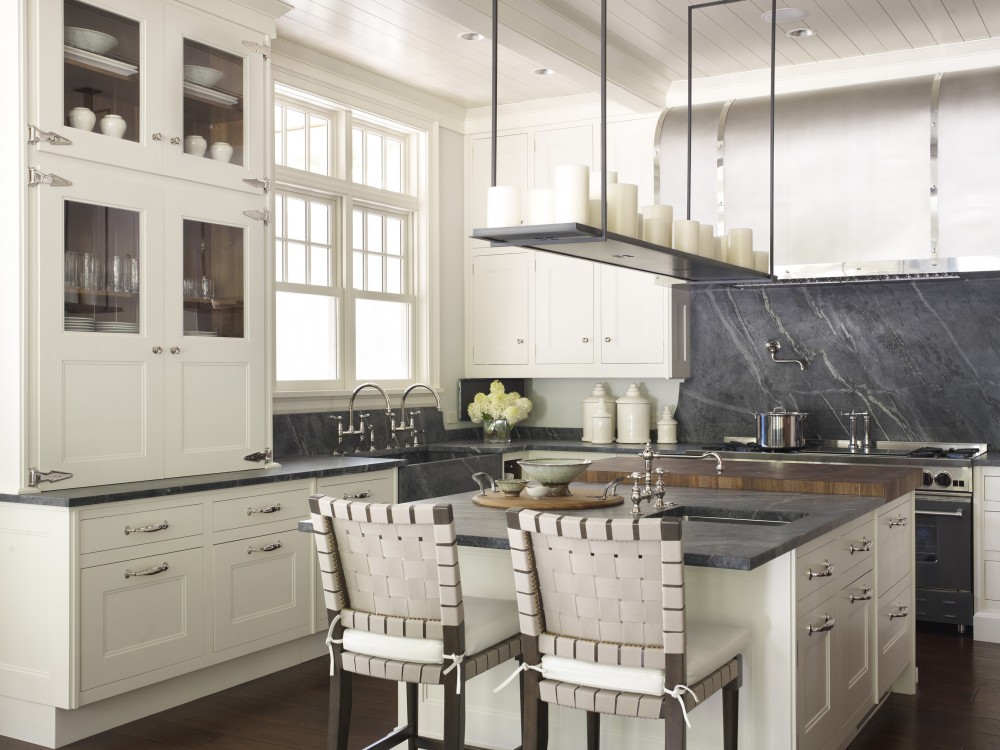 Chicago designer Tracy Hickman’s stunning white kitchen in a Lake Geneva, Wisconsin house is a masterful transitional look. A dark gray soapstone farm sink is large enough to support a pair of bridge faucets. One luxury of a soapstone sink is being able to build it large enough to hold any pot or pan in the kitchen. The designer used the same aluminum-gray stone for counters and the entire backsplash behind the rage. On the island — which also features end-cut butcher block on the working end — a stainless steel prep sink was used under the soapstone section of the counter. 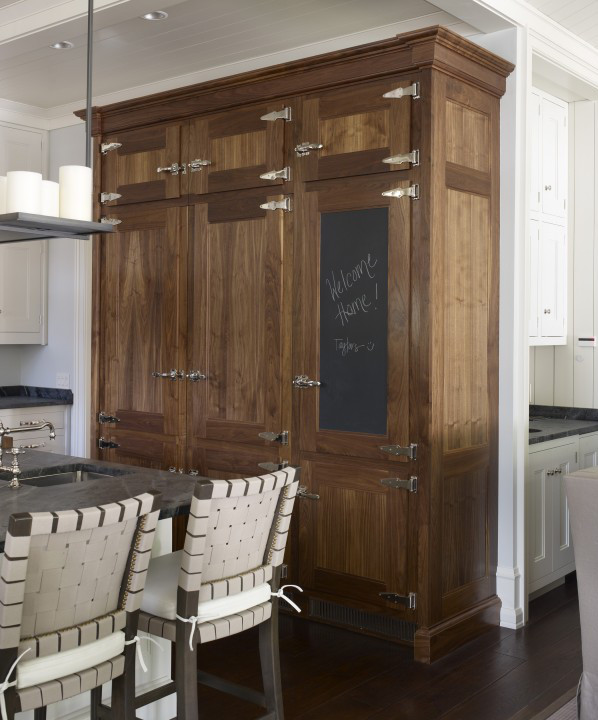 The opposite wall of the kitchen provides a glimpse into the butler’s pantry, which also has a soapstone counter and bar sink. But it’s impossible to ignore the natural wood refrigeration armoire styled to look like an old-fashioned ice box with 1920s style hinges and latches. This is terrific piece which, along with the soapstone and period hinges in the kitchen, shows how elements of old houses can be seamlessly blended into the new.