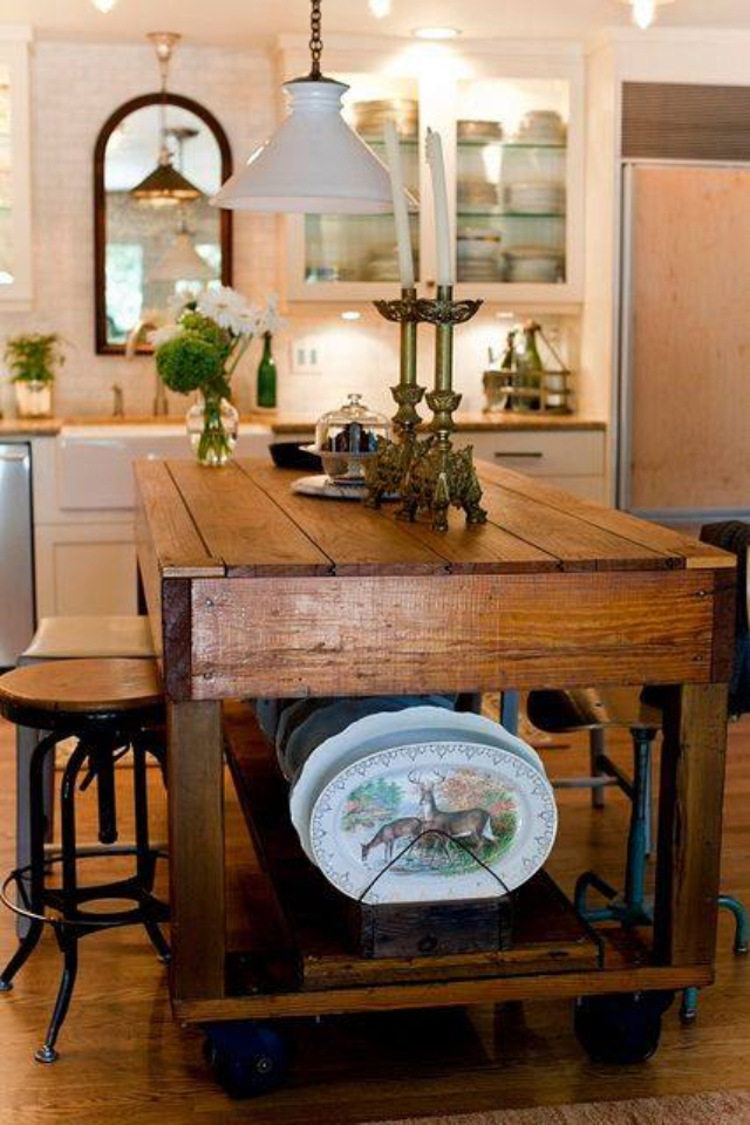 Whether kitchen storage is closed or open it’s fascinating to see how clever features are worked into kitchens. Some kitchen islands are traditional and monolithic, mainly composed of closed cabinets. Others have some open areas or pare down to an English style island that’s like a table with a pot shelf underneath. I especially like the bookcase built into the front of John Legend and Chrissy Teigen’s New York kitchen island. There’s an under-counter fridge worked into one of the kitchens in our Hidden Ideas for Kitchen Islands post. We’ve shown a great many different ideas over the years.

I’m partial to unique looks such as the vintage industrial work table repurposed as an island [top]. A single wide plank rests on the bottom of the frame. That’s fitted with an upright platter storage rack constructed of grooves and triangular support wires. The worktable also boasts commercial-size casters so it’s moveable for a feast. A decorative hunting theme platter on the end of the plate rack draws the eye down to the good details. What’s missing on an island like this, of course, is drawer storage. And anyone sitting at the table needs to take care not to kick the crockery.

Off topic: Another unusual and original feature — which can be spotted in the background — is a vintage mirror hung on the tile backsplash over the sink between a pair of upper cabinets.  That’s a bathroom look but one that works exceptionally well in a kitchen where the sink is installed on an interior wall. Great idea! 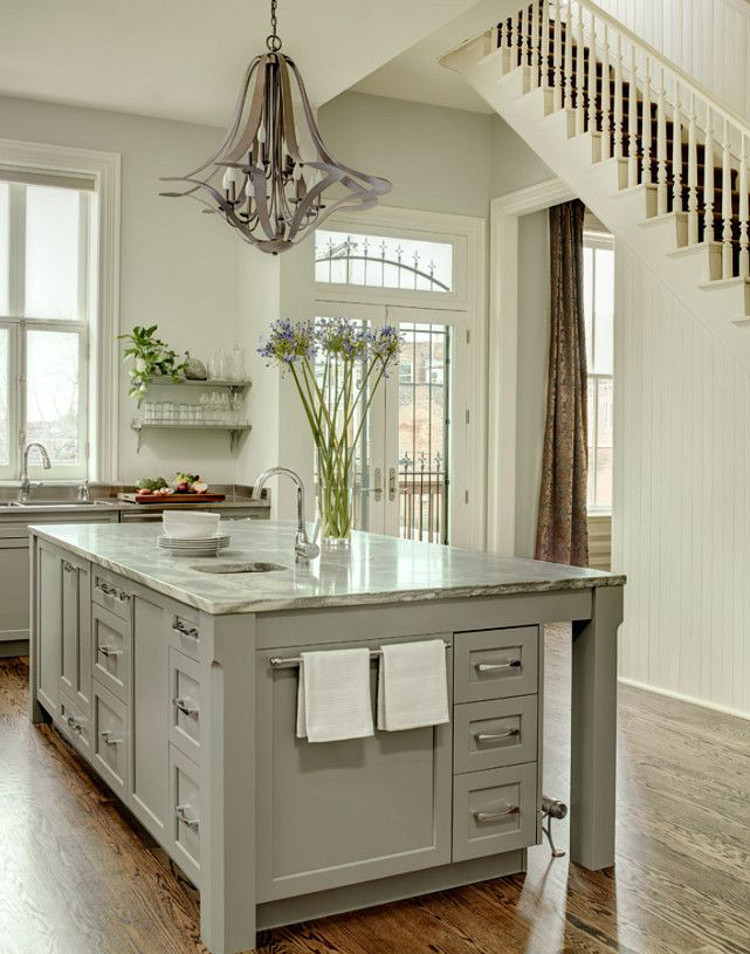 A traditional early 20th century old-house renovated kitchen in St. Louis takes advantage of high end cabinet features with drawers of different sizes, especially on the end. Rather than leaving a panel on the end of the island blank, designer Mitchell Wall installed a hefty towel rack at the top. Equally interesting is the bar-style foot rail that runs along the base of the island on the open side — peeking out on the end. 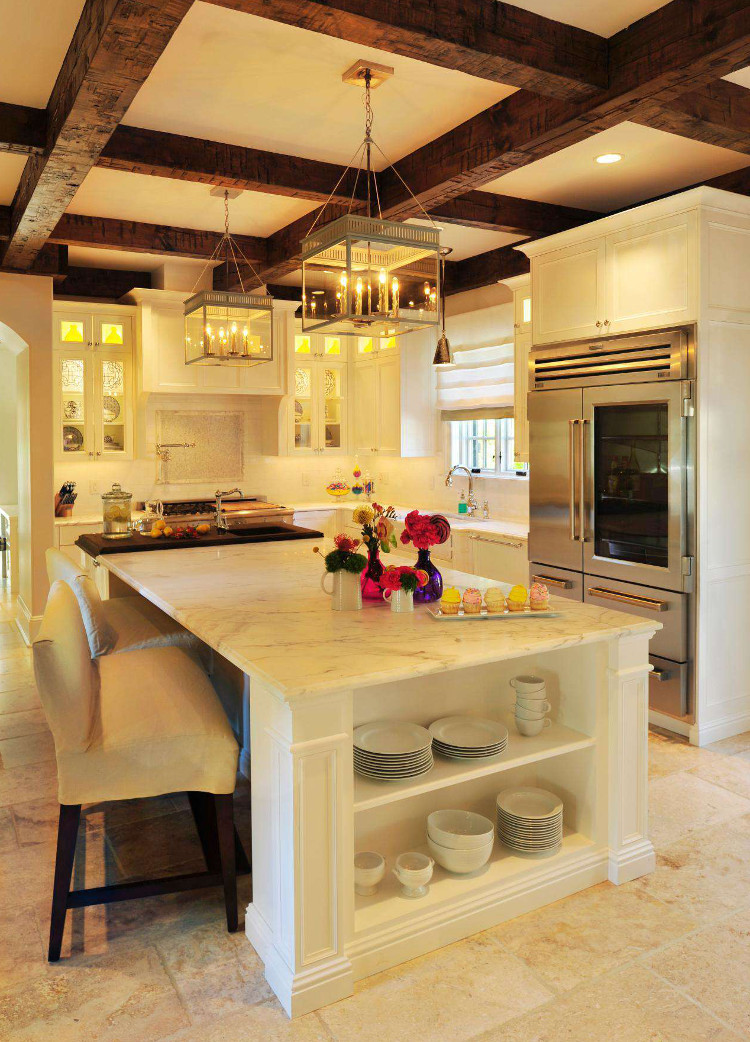 A dated kitchen was given a highly styled facelift while the dark ceiling beams and travertine tile floor from the existing kitchen were preserved. Dark cabinets were removed in favor of bright white with the stunning pro style built in refrigerator with a glass door and freezer drawers below. But it’s the open plate storage shelves recessed into the end of the marble-topped island that shows an intelligent use of otherwise dead space and if the owners wanted to inject a shot of color somewhere, this would be a perfect spot.