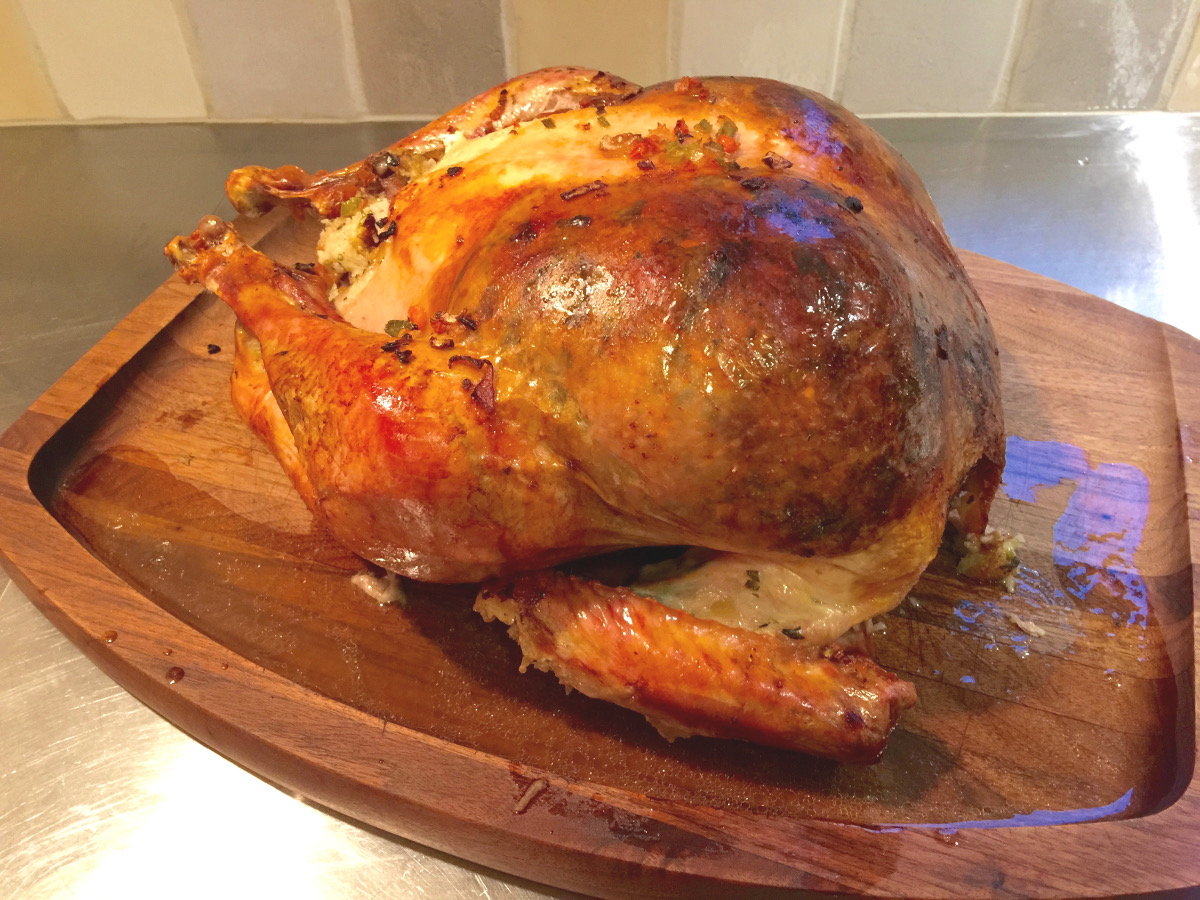 I cook this stuffed turkey and trimmings to have in the house for Thanksgiving weekend even when we’re spending the holiday on our own. I’ve been doing that for more than 25 years now, using my recipe that guarantees a perfectly roasted stuffed turkey in about 3-1/2 hours — one with delicious dressing, moist breast meat and juicy succulent dark meat. Fresh (no additives, which I prefer) or frozen (the best value) turkey, the result is always delicious.

Based on a roasting method for chicken that I learned from the late Richard Olney in France, I stuff turkey two ways. First I pack a layer of my Sourdough Mushroom Turkey Stuffing between the meat and the skin on both sides of the turkey breast. Then I stuff the cavity and the neck skin. As we know, turkey is relatively lean and the primary issue is always the same: keeping the breast meat moist during the long roasting. There are many methods that claim to do this, from starting the bird upside down to layering butter-soaked cheesecloth on top. None offers the same protection for the white meat as stuffing under the skin does!

This year, Thanksgiving came early in order to have this post up ahead of the holiday. There were no fresh turkeys in the market — I had to use a frozen bird that I found in the freezer section at Stop and Shop. Once defrosted and unwrapped, I discovered that my 2015 turkey had been horrendously butchered. There was a huge gash in the breast skin. The tail, a particular favorite part of mine, was missing! The tail had been completely removed. It’s hard to complain when a turkey costs 59 cents a pound and feeds twelve but I was very unhappy — especially because a messed up turkey isn’t the best recipe for  gorgeous photos. I worked around it — and perhaps it’s a teachable moment for anyone else who encounters the same thing. If it can happen to me…

I have a great deal amount to say about cooking turkey – experience and information I’ve gathered over the years. Rather than clutter up the basic recipe (below) — which is already long because it’s detailed — I set up a Thanksgiving Turkey Cheat Sheet. That includes the entire panorama — from calculating what size turkey to buy, to cleaning it up for roasting. It also details the reasons I handle turkey in a way that is somewhat controversial in terms of government recommendations.

Additionally, after checking out any number of turkey carving videos that I didn’t agree with, I found a good one, sponsored by Whole Foods. It features Top Chef winner Hosea Rosenberg whose carving method is easy to follow and yields attractive results. I’ve included it on the cheat sheet — if it’s needed, it’s there. This year I’m concentrating on the cooking.

For anyone who doesn’t have time to go through the Cheat Sheet here are four important things to know for this recipe:

⇒ To minimize cooking time, the turkey needs to be covered and removed the refrigerator 4 to 6 hours before stuffing and roasting. It must be put in the coolest place in the house — a room that’s between 55 and 65 degrees. Don’t put it any place warm!

⇒ Stuffing also needs to be removed from the refrigerator for 4 to 6 hours before placing it in the turkey. Because my stuffing contains no egg, there is no danger of it spoiling quickly. Use water instead of chicken stock to moisten the bread if you have any concerns. 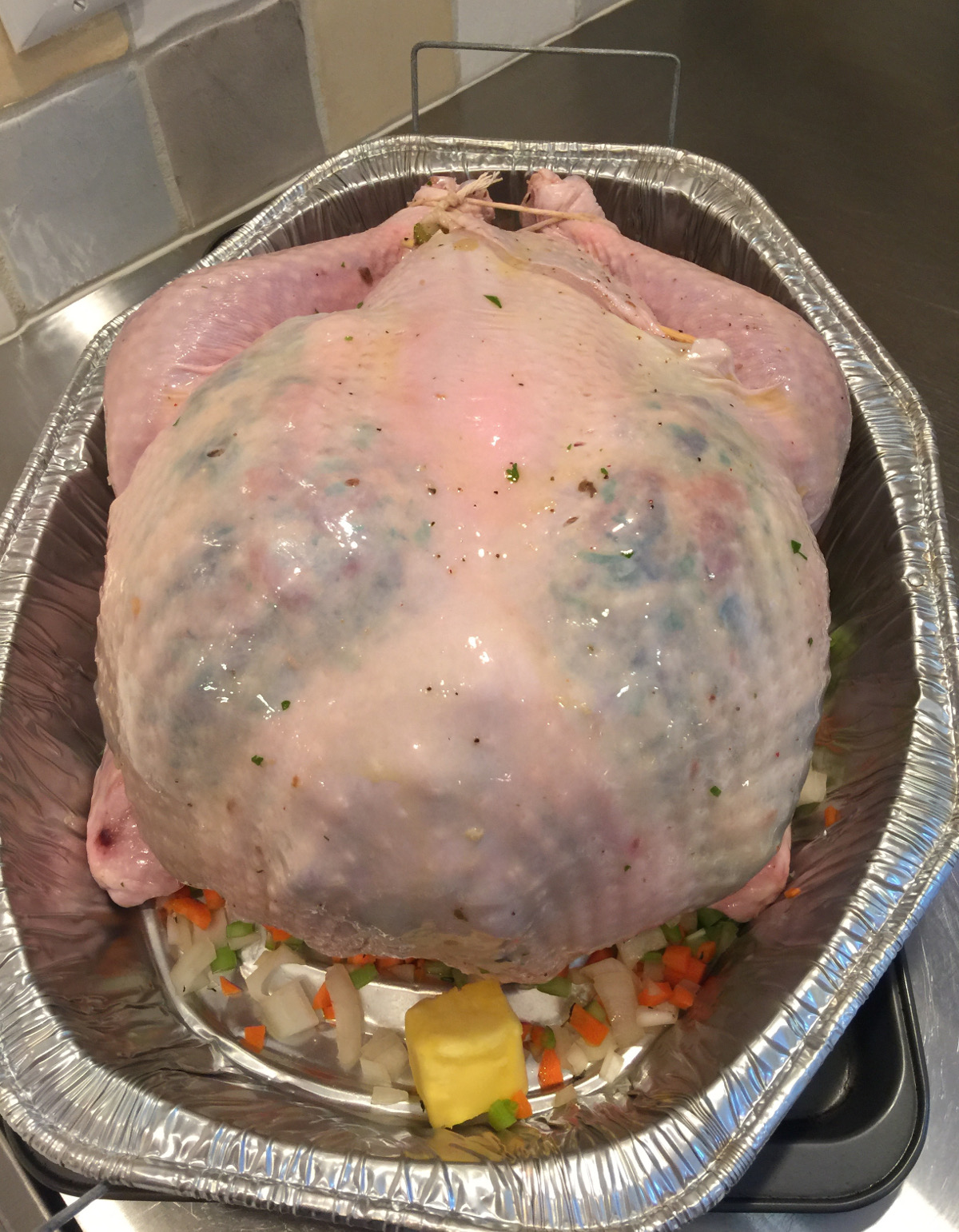 Here’s how the turkey looks when it’s stuffed under the breast and neck skin plus the cavity, oiled, trussed, in the pan and ready to roast. 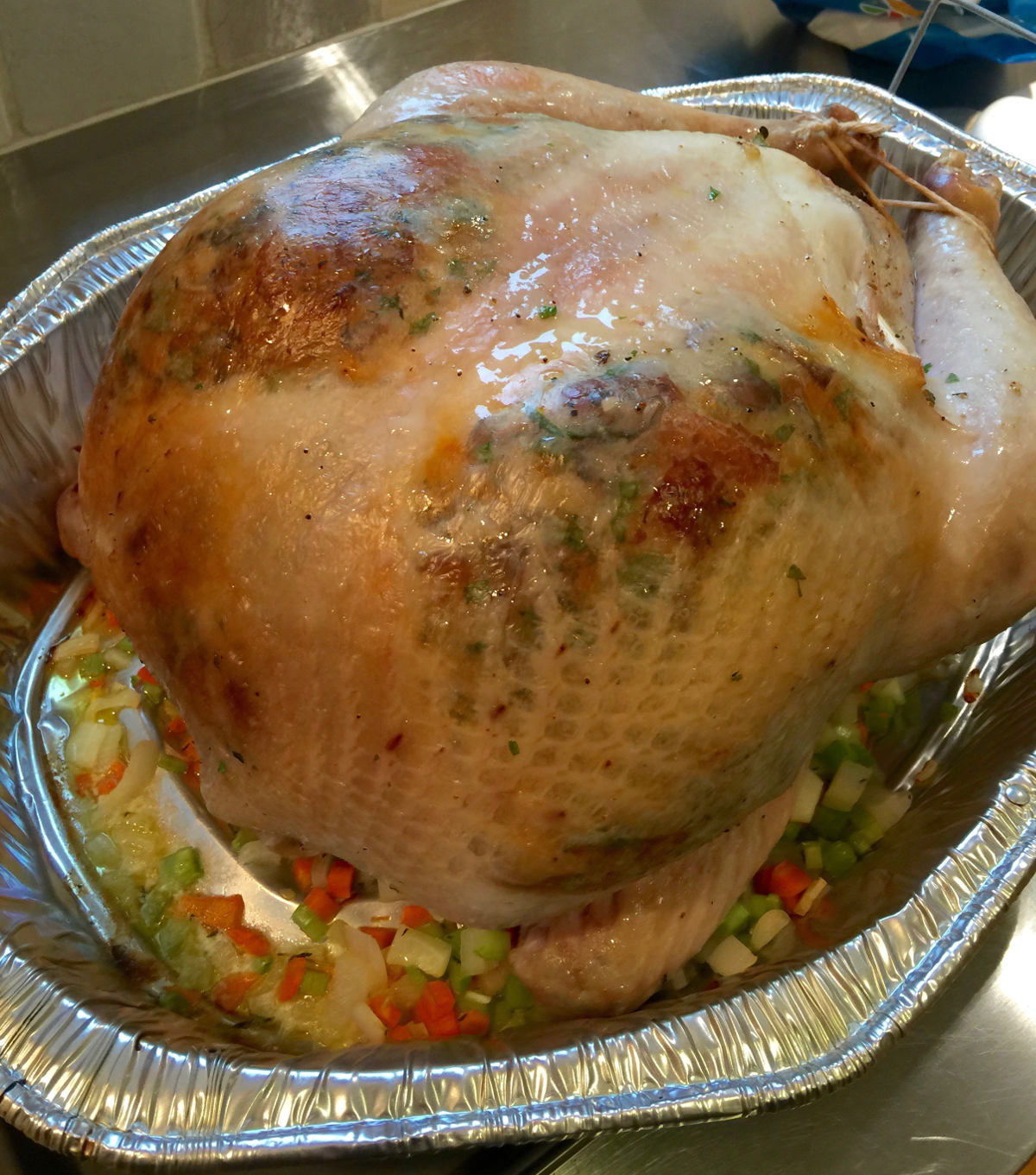 Here’s how the turkey looked before the first basting — after 25 minutes in the 400° F oven. 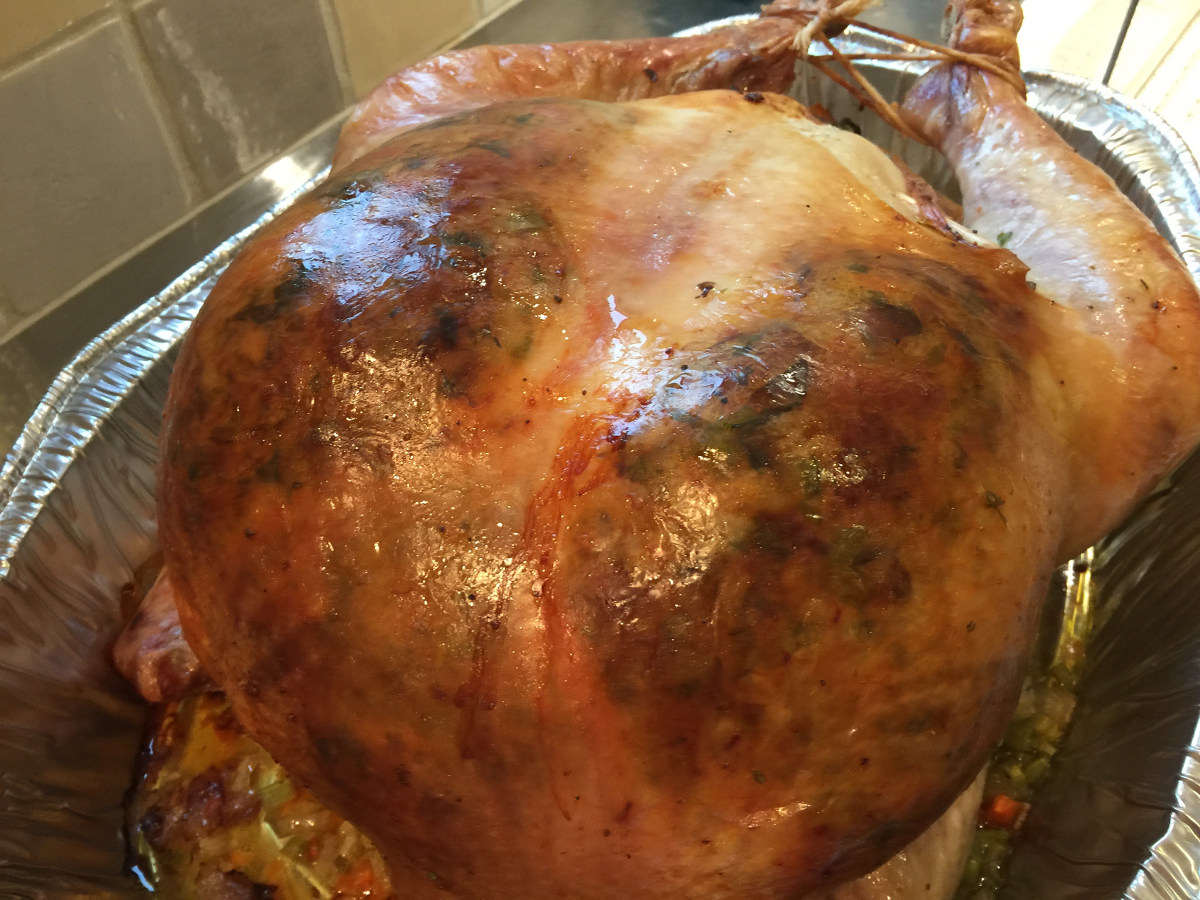 Here’s how the turkey looked about halfway through — about 1 hour and 30 minutes. 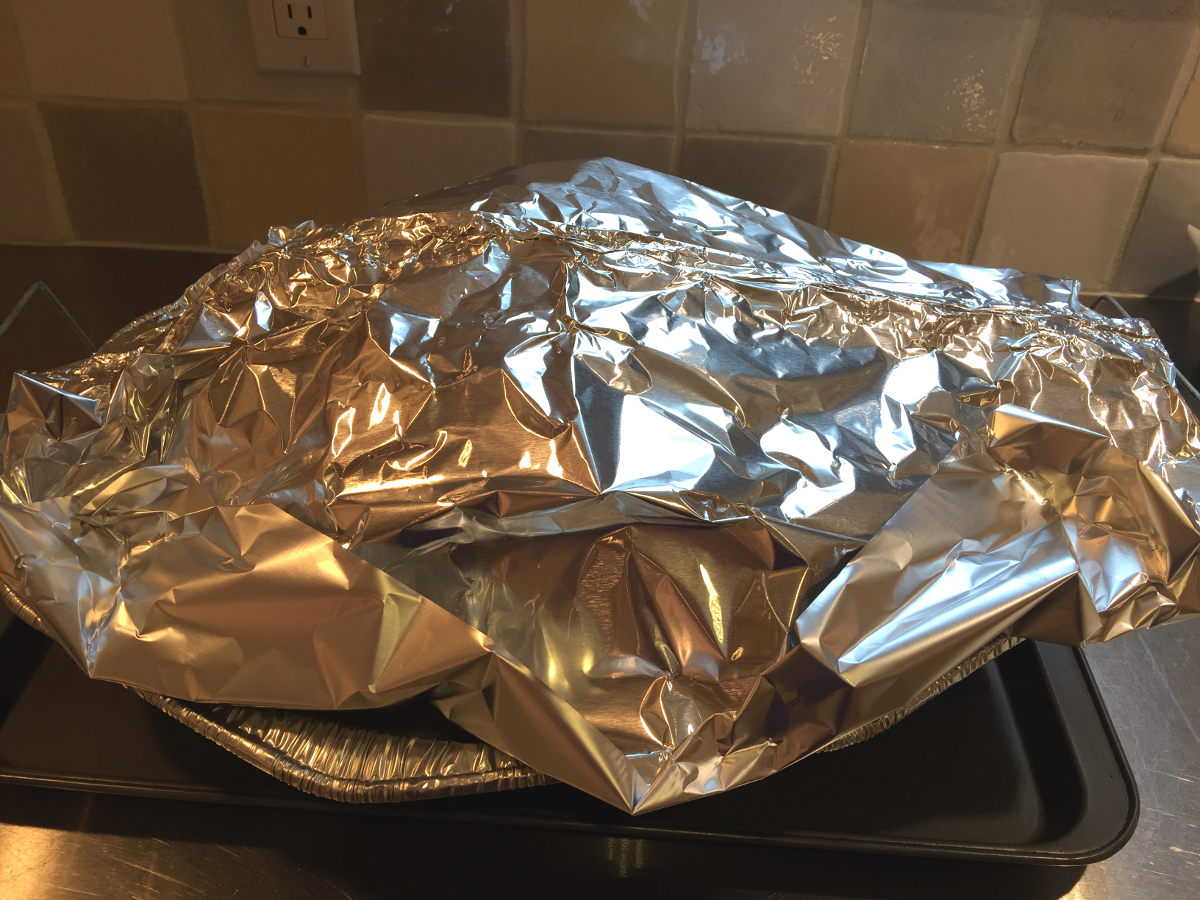 Then I added the aluminum foil tent for the remaining 1-1/2 hours. 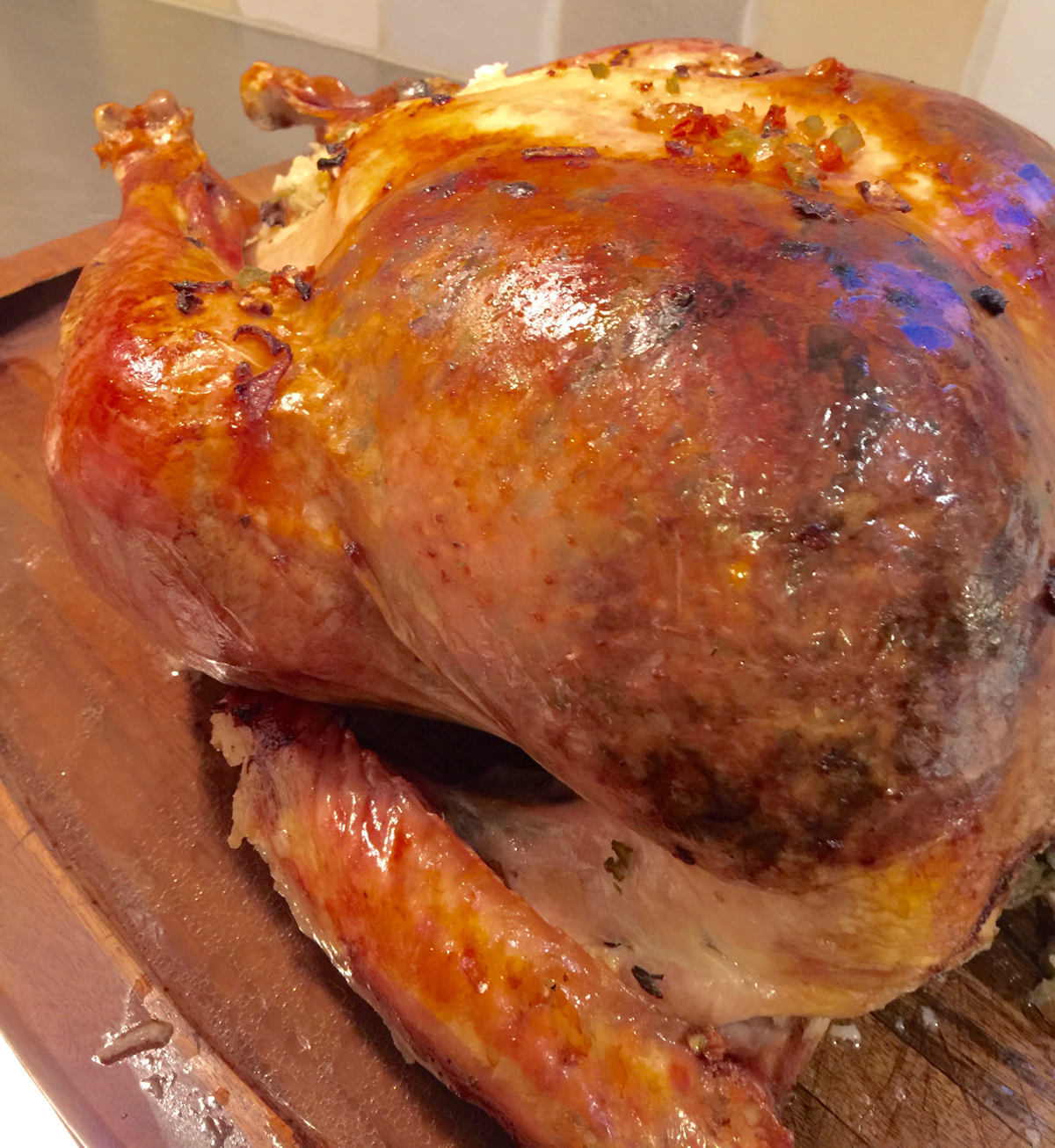 Here’s how it emerged from the oven after the leg and breast were fully cooked (165°F) and before the final tented rest. 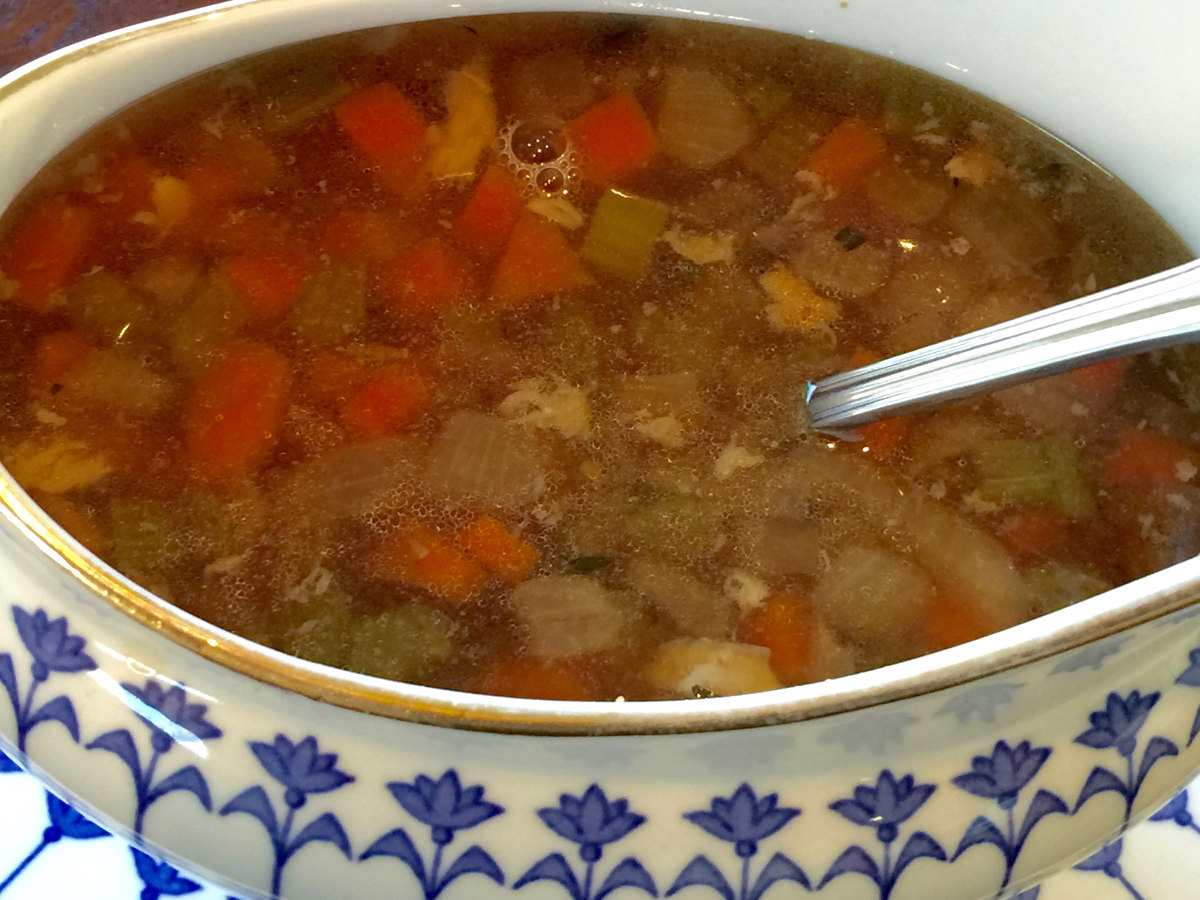 Once the turkey is cooked, I collect the vegetables and all the basting liquid and simmer it down to make concentrated pan juices. I don’t generally thicken the juices although they can be strained and thickened for traditional gravy.

And now, the recipe along with my wishes for a happy and delicious holiday. 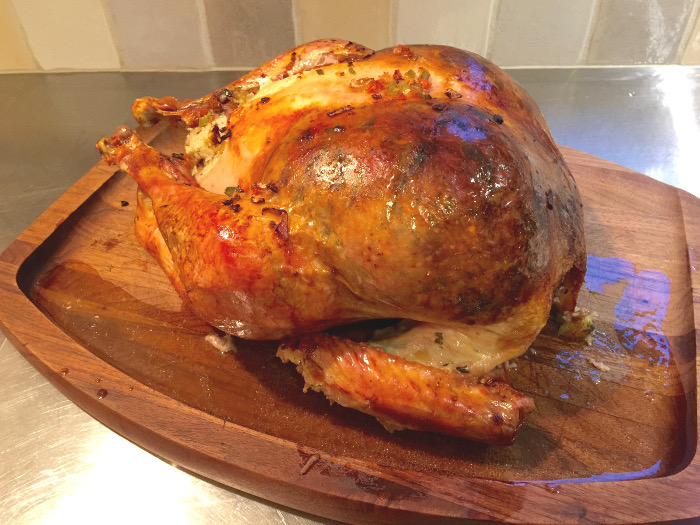 Jane Sense
Turkey liver - can discard or cook and use as pet food. Fido or kitty will thank you.

Celery - can include leaves in chopped celery as they are very flavorful. Always keep them to add to stock or soup.

Pan Juices - Can heat, strain and reduce pan juices to 3 cups then thicken broth with a traditional roux, with 2 teaspoons to a tablespoon of arrowroot first dissolved in cold liquid.


Pre Prep
Turkey and Stuffing - My mud room is very cold, usually between 55 and 65 degrees F. That lets me leave the turkey and stuffing out 6 hours or overnight. If either are too cold, turkey will take longer than the recipe states to cook and risk dryness.

Timing - Always stuff the turkey just before roasting — never ahead. 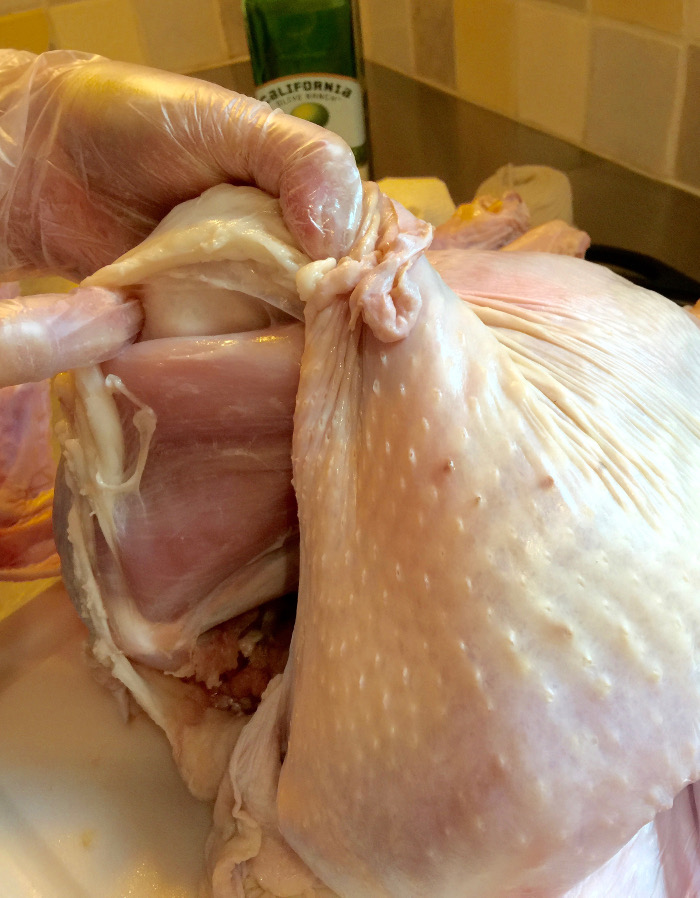 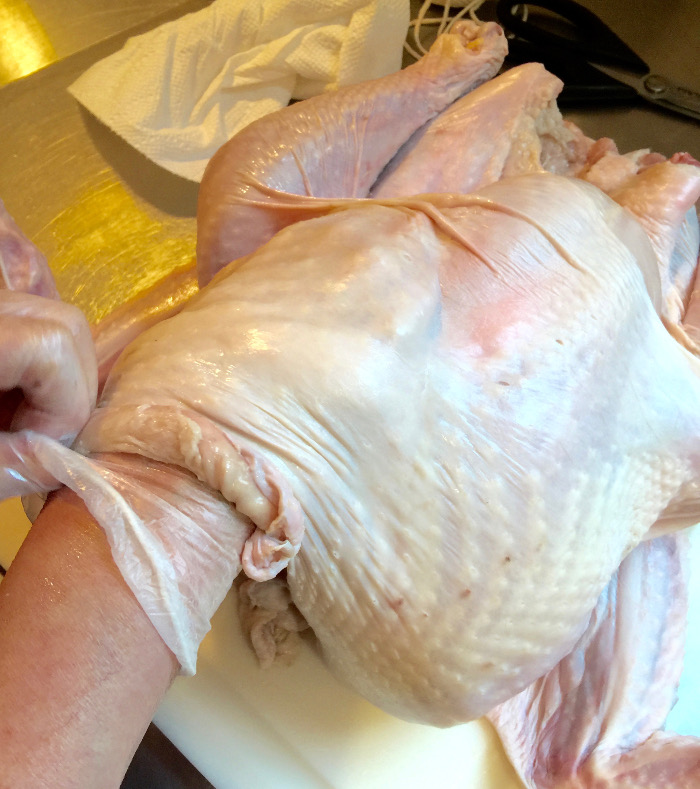 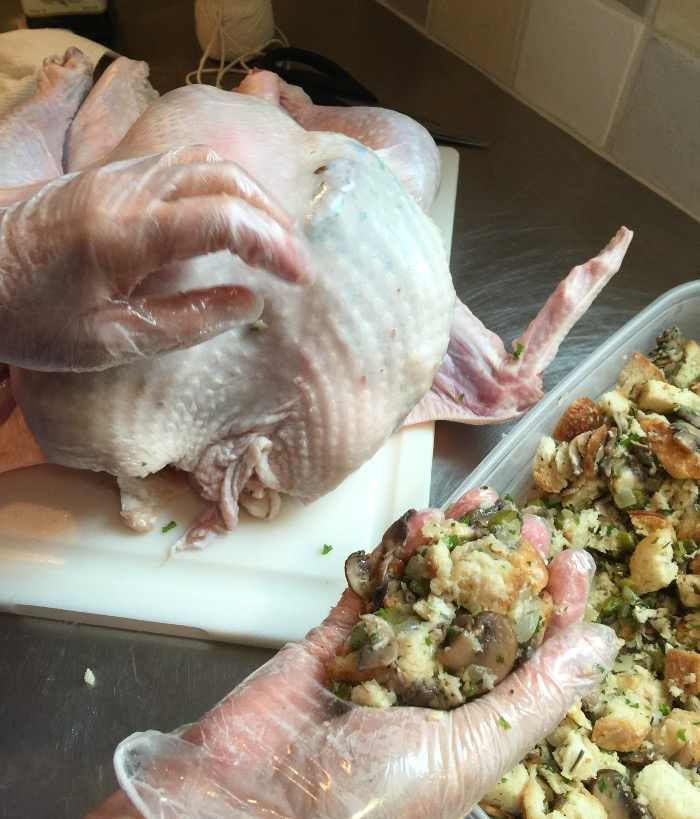 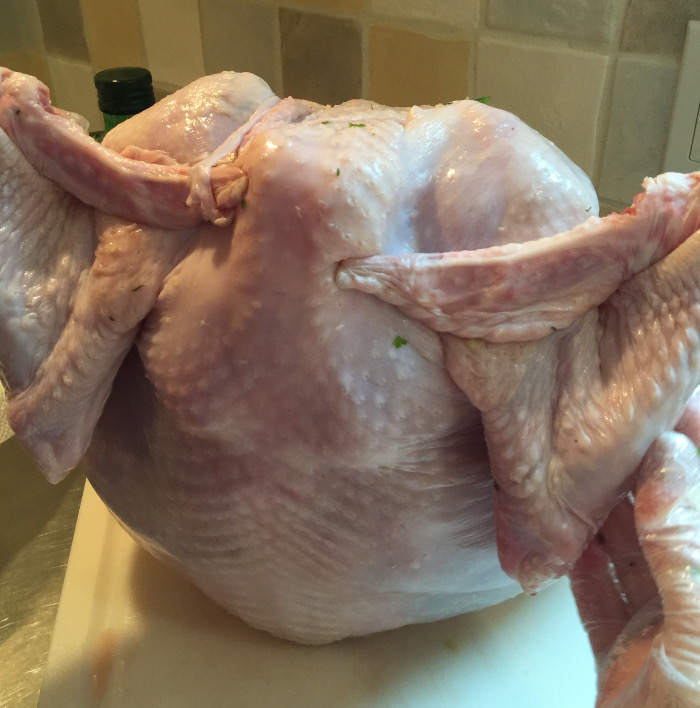 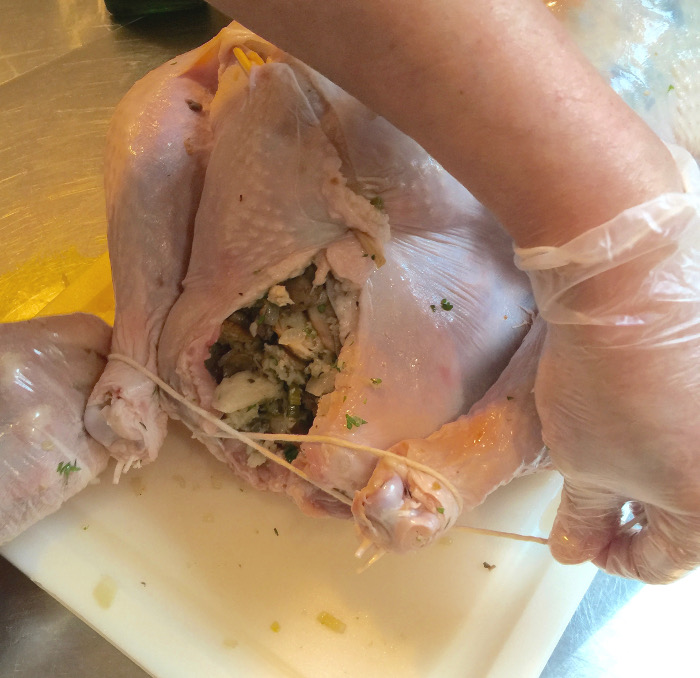