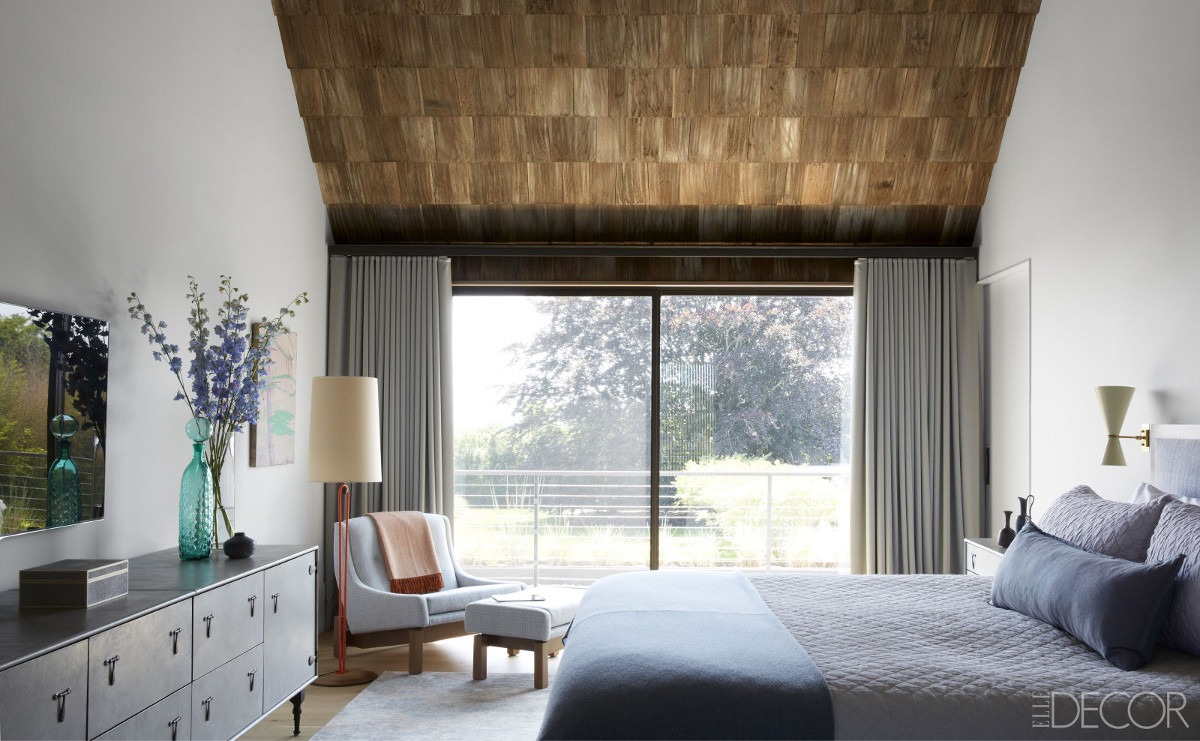 Bringing architectural shingles inside — onto walls and ceilings — reverses the role of a basic material.

Weathered architectural shingles are a favorite for homes, especially in the Northeastern United States. Shingled homes are all over New England and, near the ocean, cedar shakes take on a lovely gray patina over time.

Shingles were used elaborately during the late 19th century Victorian architecture boom. Later, “shingle style” became a regional vernacular that was more simplified. Shingles are very practical as they provide natural wood texture and require no sealing or painting. Additionally they add a lovely surface pattern that is neat and regular.

Perhaps it was just a question of time until they moved indoors. One great example of ways to use them beautifully comes from Long Island architect Paul Masi. He went big on interior shingles in a massive contemporary house in the Hamptons. With the form based on the native potato barn, there is a pitched cedar shingled ceiling in the master bedroom [top]. It’s gorgeous and adds a softness to the cool, contemporary decor. 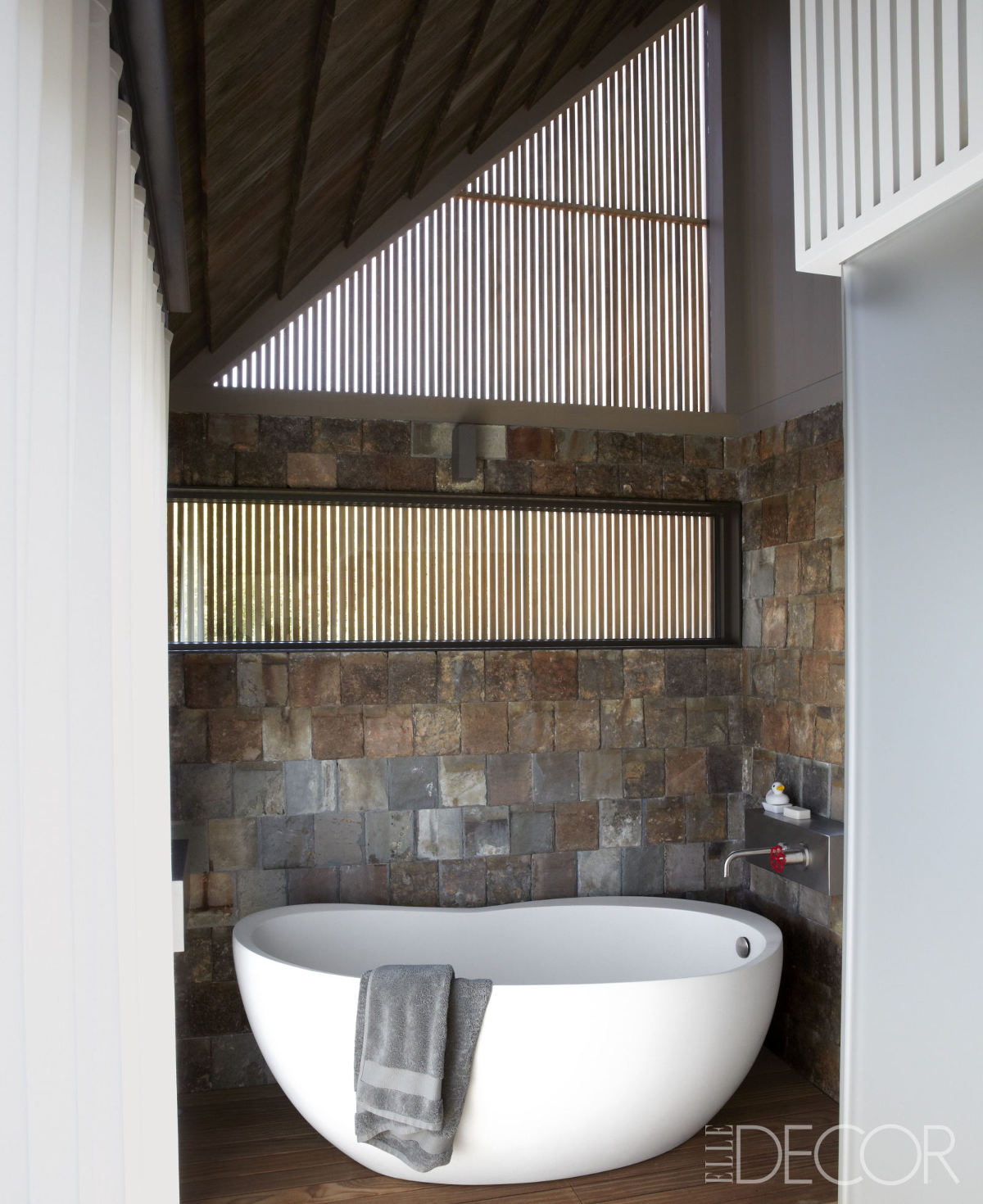 In the bathroom of the same home Masi did another pitched shingle room. And, here the shingles became something of a theme, mimicked by rustic tiles (slate is my guess) on the walls of the bathtub alcove. 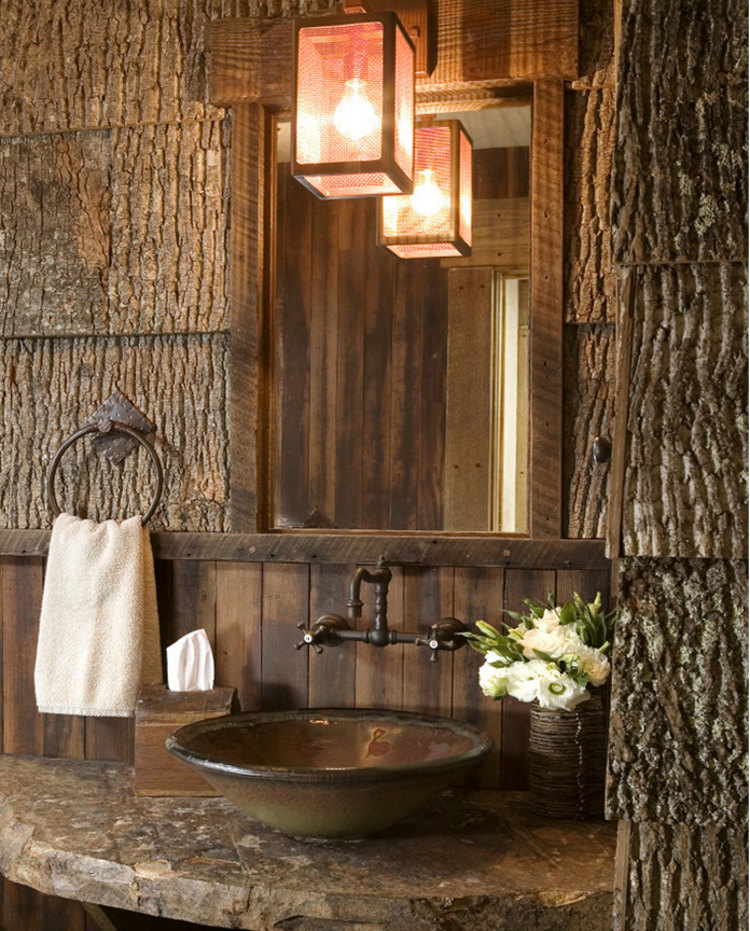 A Western or Log Cabin style, rustic bath also has shingles on the walls. These, however are poplar bark shingles, a manufactured product from barkhouse.com and said to be maintenance free. The looks is different but the idea’s the same.

Mr. AM grew up in New England where cedar shingle cottage and saltbox style homes were favored. So when it came time to patch the yellow vinyl siding on our house during the renovation, he insisted on cedar shingles. After seeing these photos I wish I had thought about using them inside, too.