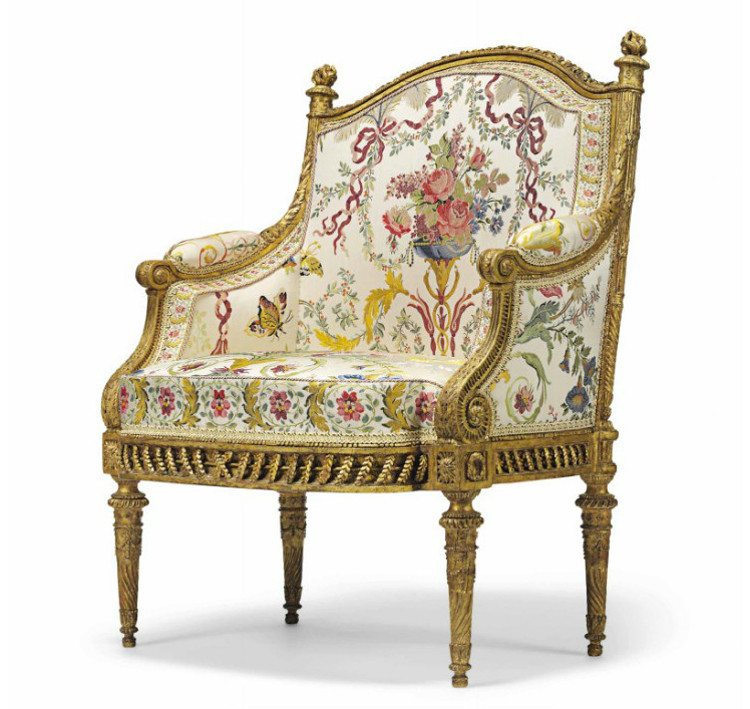 An armchair belonging to  Marie-Antoinette — was sold at Christie’s. Guess how much it fetched.

Updated July 9, 2015: As Lot 18, the gilded Marie Antoinette armchair sold within the first 30 to 45 minutes of Christie’s sale. It was estimated to fetch between half and three-quarters of a million dollars. Auction sales prices are always unpredictable and this last highly documented armchair is a chair fit for a queen — literally. The hammer price for the chair greatly exceeded the estimate . It sold for for $2,721,300 (1,762,500 £)!

Marie Antoinette’s exquisite armchair, a bergère, features an arched back and padded scrolling arms. It is said to be the only surviving armchair (fauteuil en bergère) from the most expensive suite of furniture that belonged to the French queen. The entire set of 16 chairs (8 armchairs and 8 side chairs) cost 20,000 livres when they were ordered in 1780. (The livre was the French currency from medieval times until 1795, when it was replaced with the Franc). In a Revolutionary sale held on September 4, 1793, the same 16 pieces were sold  to one “citizen Sellièr” for a mere 2530 livres. Five weeks later, on October 16, 1793 the 37-year old queen was executed by guillotine.

Whatever one’s taste in furniture might be, a close look at a piece of Marie-Antoinette’s personal furniture is fascinating. According to auction notes, this chair has been on long term loan to the Louvre museum but serious buyers would be allowed to make a supervised physical inspection — especially of the frame. No one knows who the buyer will be. 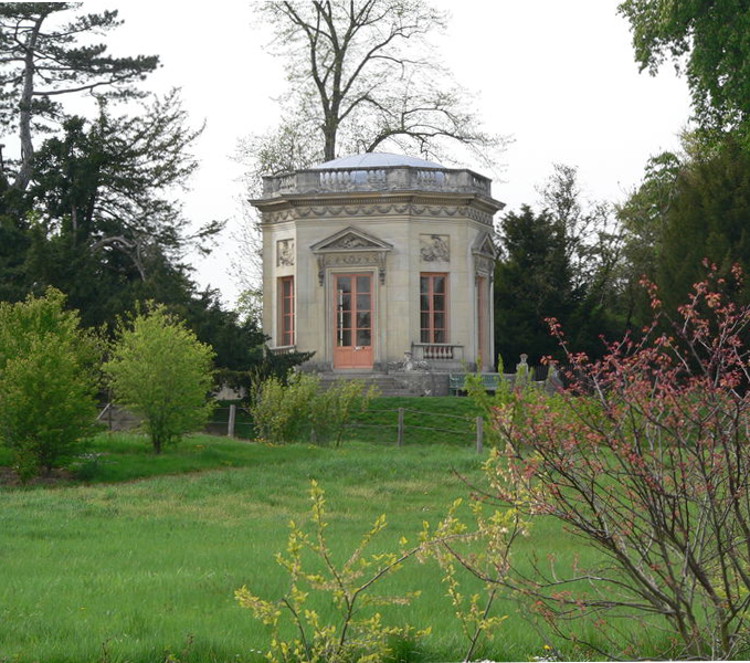 Here’s some background. In July 1781, the suite of 16 elaborately carved and gilded chairs were delivered to the furniture storehouse of the French crown by the workshop of furniture maker François-Toussaint Foliot, and from there to the personal storehouse of the queen. The chairs had been ordered in 1780 by Marie-Antoinette for use in one of the ornamental garden buildings — the Belvédère Pavilion [above] — in the English garden on the grounds of her Petit Trianon palace at Versailles. 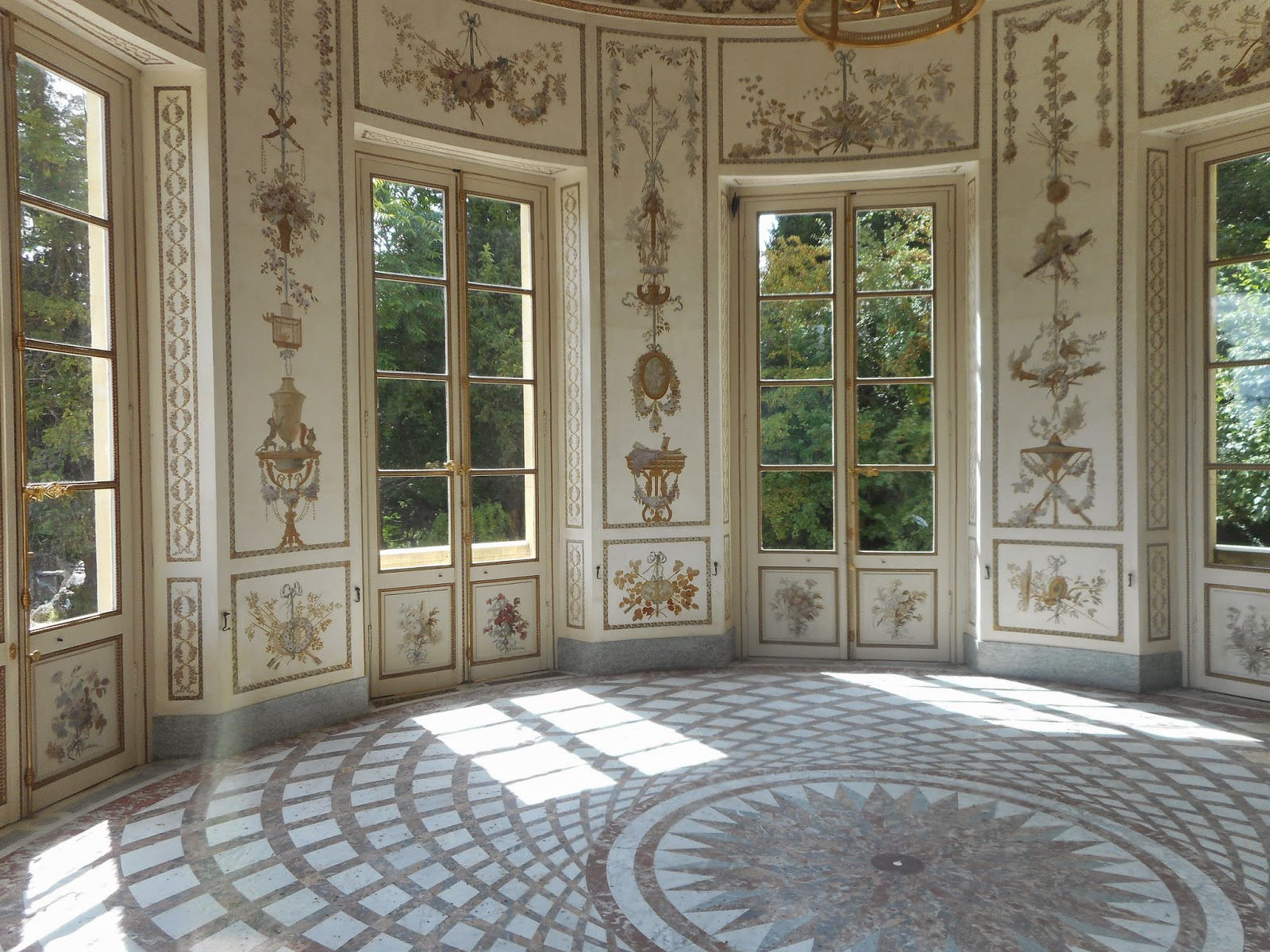 The Pavillon du Belvédère is an octagonal marble building which the Queen used as a tea room. The circular interior is decorated in the French neo-classical style (commonly referred to as Louis XVI) with floral and musical motifs. 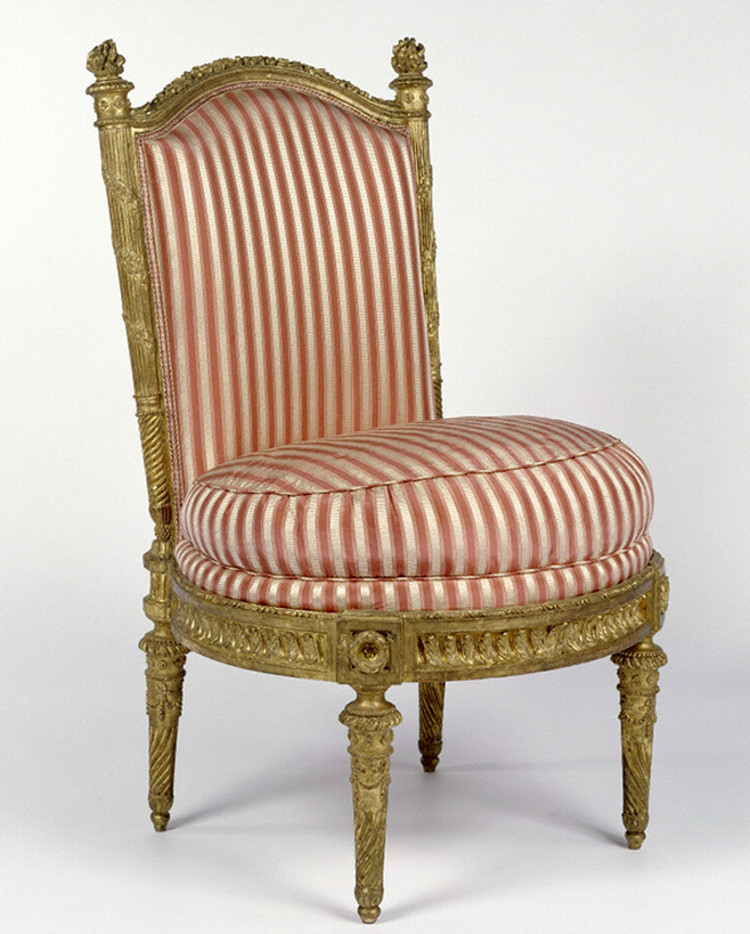 Five of the side chairs and the bergère survive today. This is one of four side chairs in the collection of The J. Paul Getty Museum in Los Angeles. 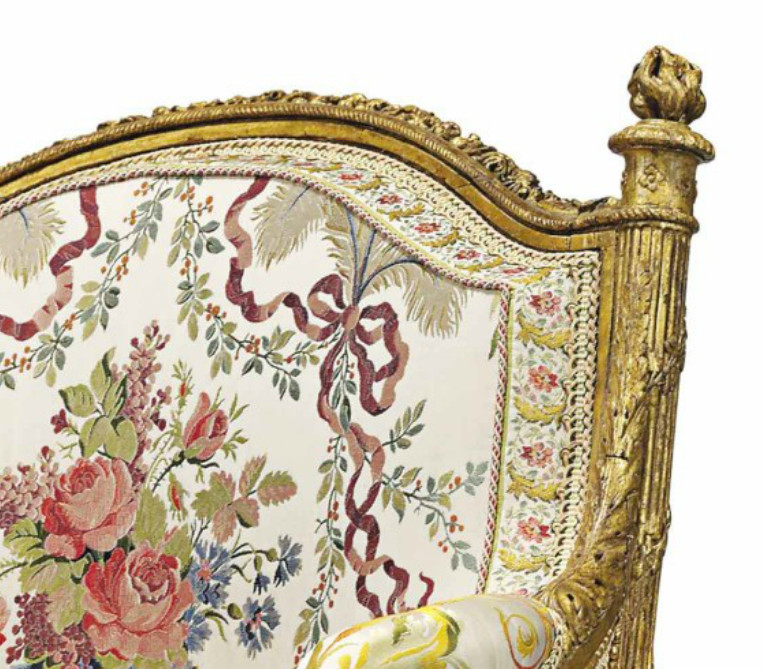 The chairs have unusual curved and padded backs designed to fit against the walls of circular salon. Details of this bergère include flaming torches of Hymen, the Greek god of marriage ceremonies. There is ivy to symbolize fidelity and immortality, as well as myrtle would around a reed. 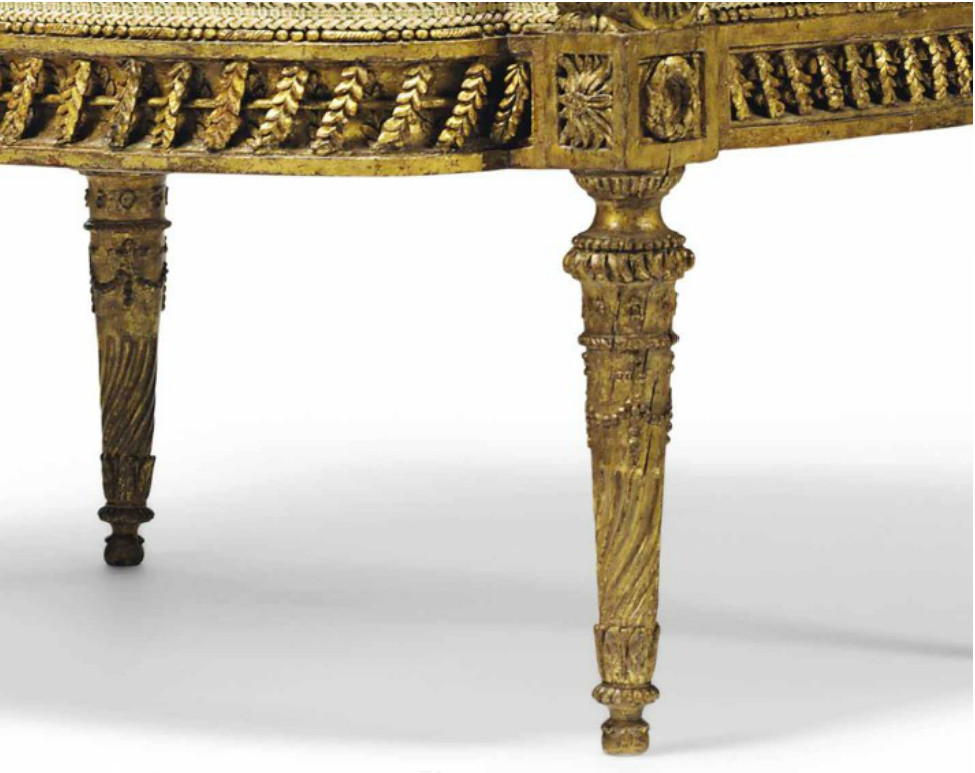 According to the lot description the front rail of the chair, and the feet, may have been replaced and reattached. The chair last appeared at auction in Paris at Sotheby’s on June 27, 2001 when it was sold from the collection of Mr. and Mrs. Luigi Anton Laura, well known antiques dealers. 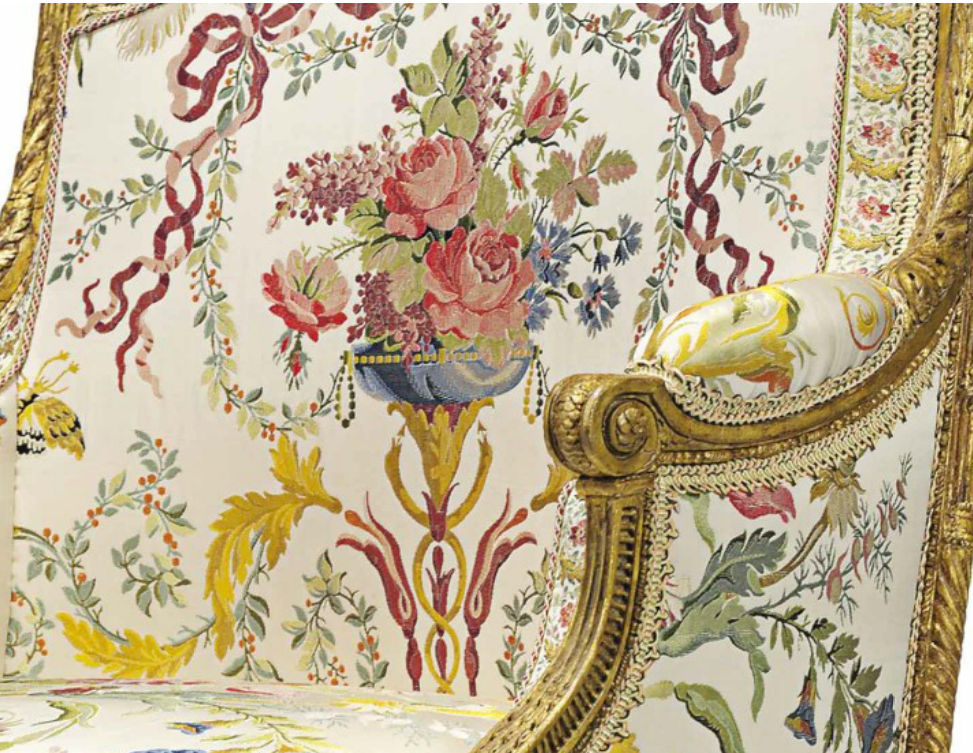 The bergère measures 36 inches high by 28-3/4 inches wide by 21-1/2 inches deep. The original upholstery was white silk taffeta painted with flowers and arabesques. According to sale notes “the present upholstery is an attempt to re-create to some degree the beautiful painted silk described in the original order.”

Copy and Paste the Link to Quick-Share this Post: http://bit.ly/1dh3msP