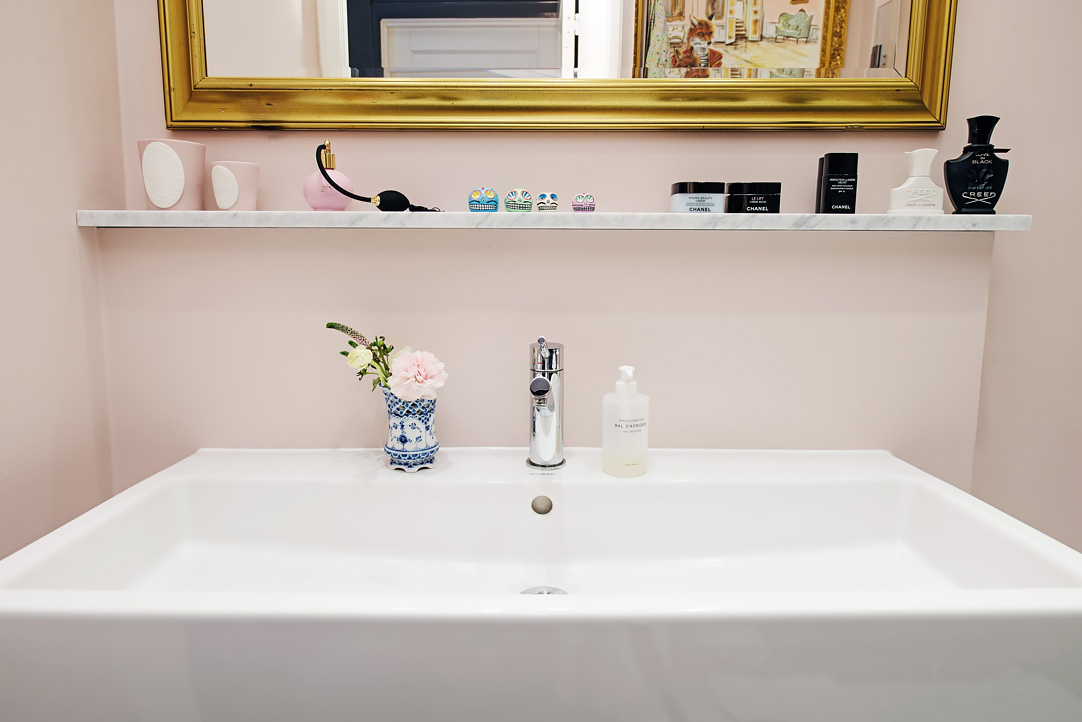 Eccentric and hip, a modern pink bathroom in Sweden provides a current take on 1980s color. But that’s not all…

A stunning duplex apartment on the top floor of a 19th century building in Gothenburg Sweden has a modern pink bathroom with a retro, cotton candy wall color that hasn’t been seen since the 1980s. Sure, we see pink baths in cottage-style homes occasionally and who can forget that bubblegum pink front door in our Eclectic Entrance post? But this same pink master bath also has one of the most surprising features I’ve ever seen — one that is framed by the pastel walls which makes it all the more unusual. 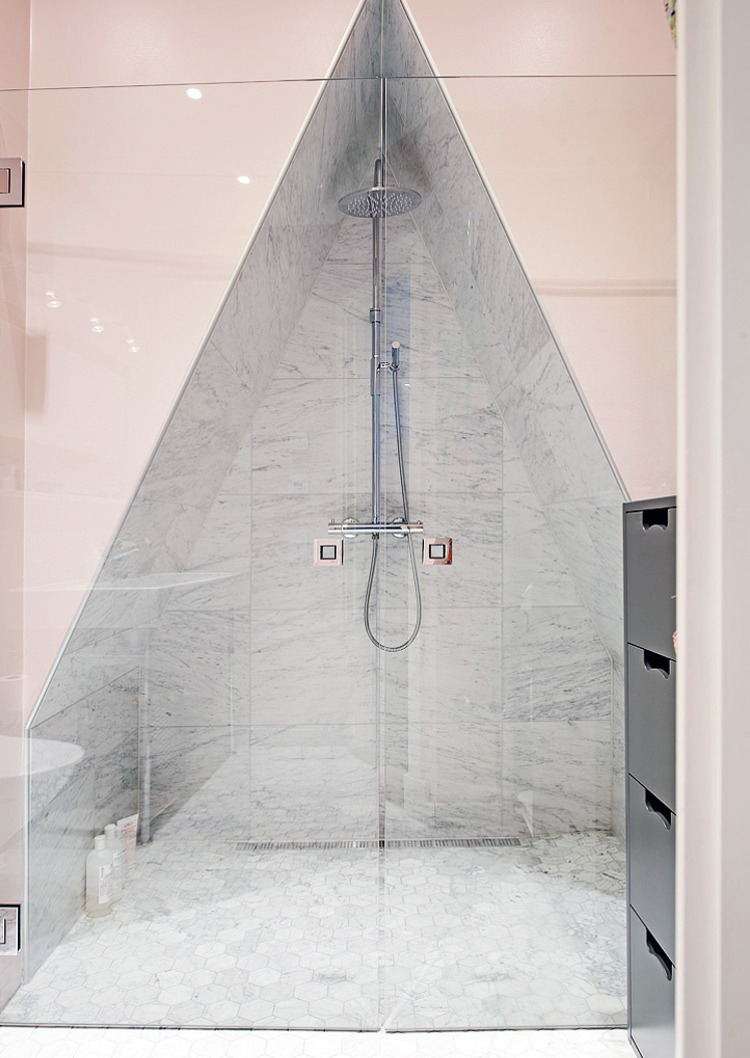 Look closely: it’s a pyramidal Carrara marble tile shower built into a peak in the old-house attic roof. I’m fond of saying “you can’t fight the architecture.” In the case of this shower that proves absolutely true. In a less imaginative bathroom shelving would be installed inside the gable space or it might be relegated to hanging space for towels. Instead, it was lined with large-scale Carrara marble tiles. Both bath and shower floor are Carrara hex tile. The idea works because the niche is so high — tall enough to accommodate a rain-shower head on a gooseneck bar. There’s also a slim Hansgrohe Axor Stark hand shower that clips on.  Access to the shower is via double glass enclosure doors with discreet square handles. Crazy (in a great way) no? 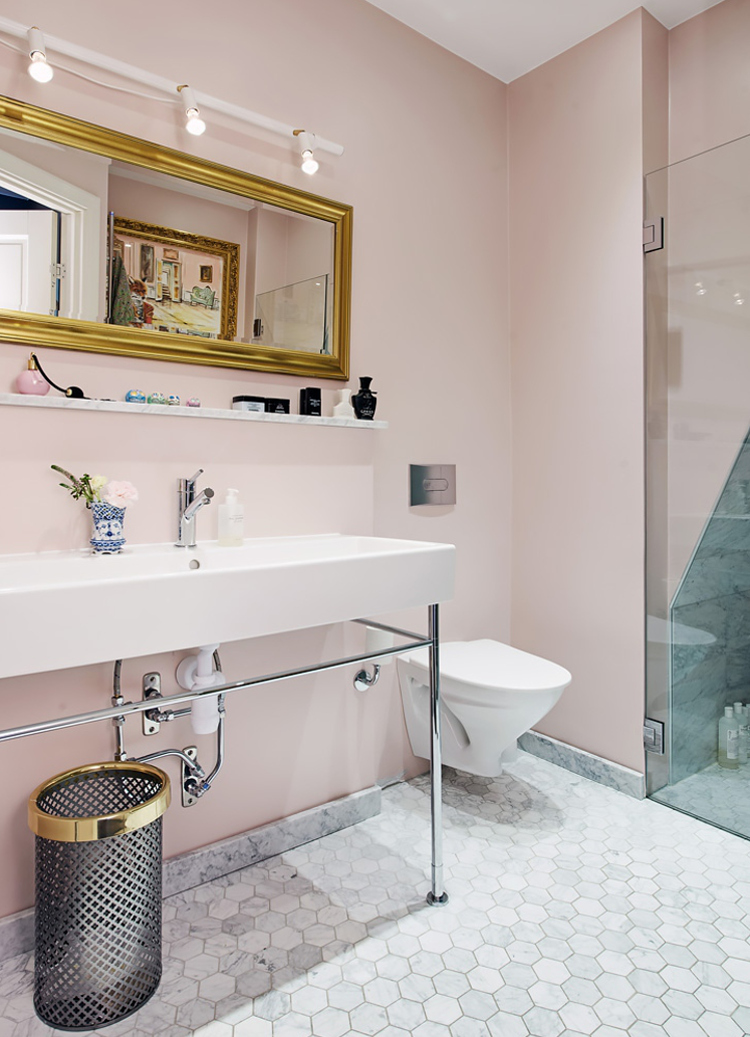 A long Duravit console sink, fitted with a modern faucet, keeps things looking light. A gilded frame mirror, over the marble shelf, adds a touch of Swedish traditional style to the bath. Lighting is minimalistic.

The eccentricity of the bath is well suited to this apartment which has gables in other rooms as well. That’s a particular challenge in a bath and one that’s well met by this Swedish spa.

Other bathrooms with more vivid pink details are included in Hot Colors, Cool Bathrooms, and Bathed in Pink.