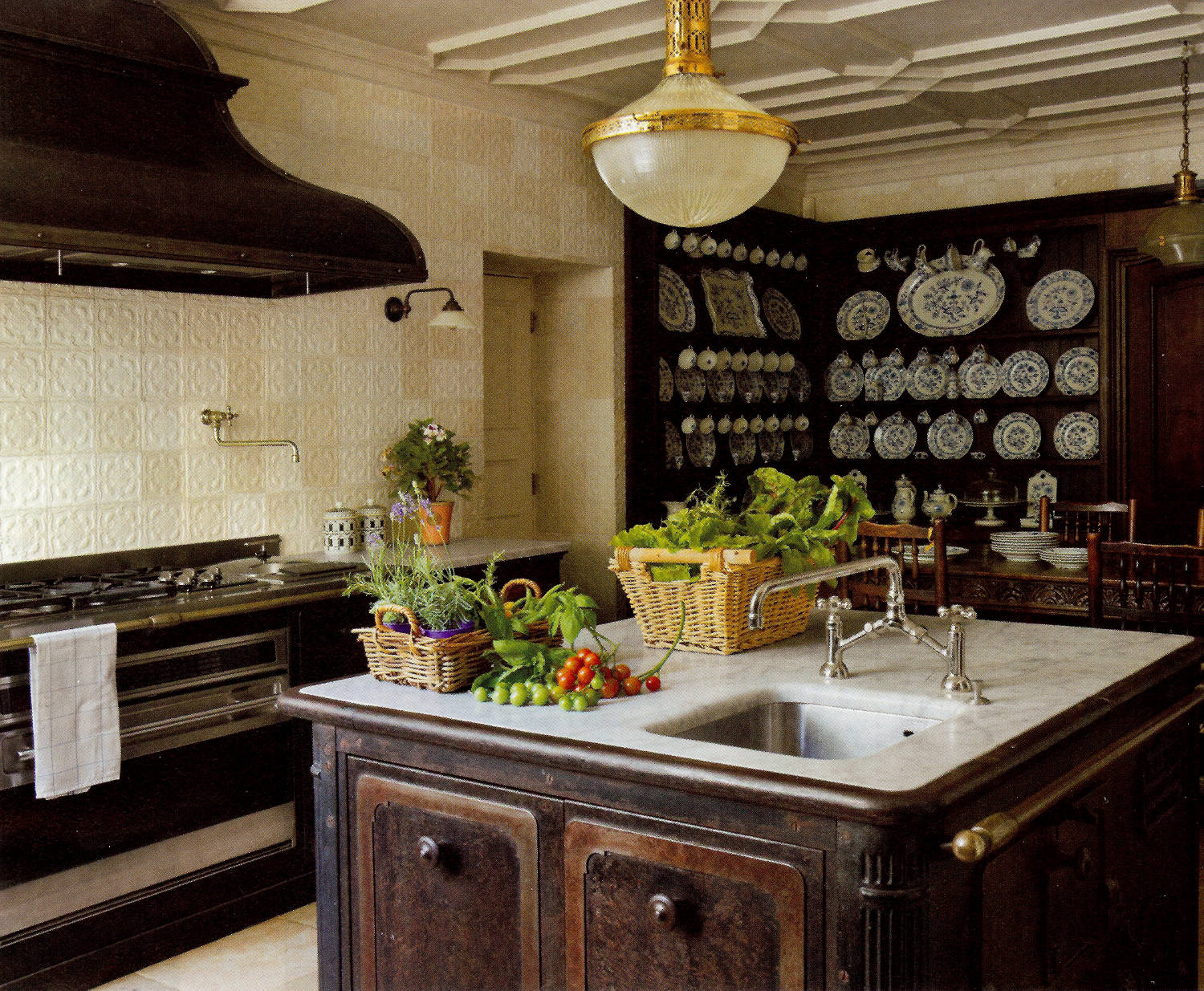 A 19th-century cast iron stove found new life as the base of an island in a London mansion kitchen.

Square, and not extremely large, this unique cast iron stove island has amazing green cred plus extraordinary character and presence — from the contrasting brass inserts in the doors to the beefy handle on the former front of the range.

It’s one thing to repurpose a wooden antique such as a hutch, dresser or even an old piano — which was done for a quirky Victorian home I featured in my Old Piano Kitchen post. But for this 1881 brick house restoration, Roberto Peregalli and his design partner Laura Sartori Rimini required specialized craftsmen to essentially remake an antique stove. The Studio Peregalli designers specialize in transformations of this type. And the stove was something of a detail compared to the way other rooms in the house were restored and aged to improve their integrity and function for a family of five. 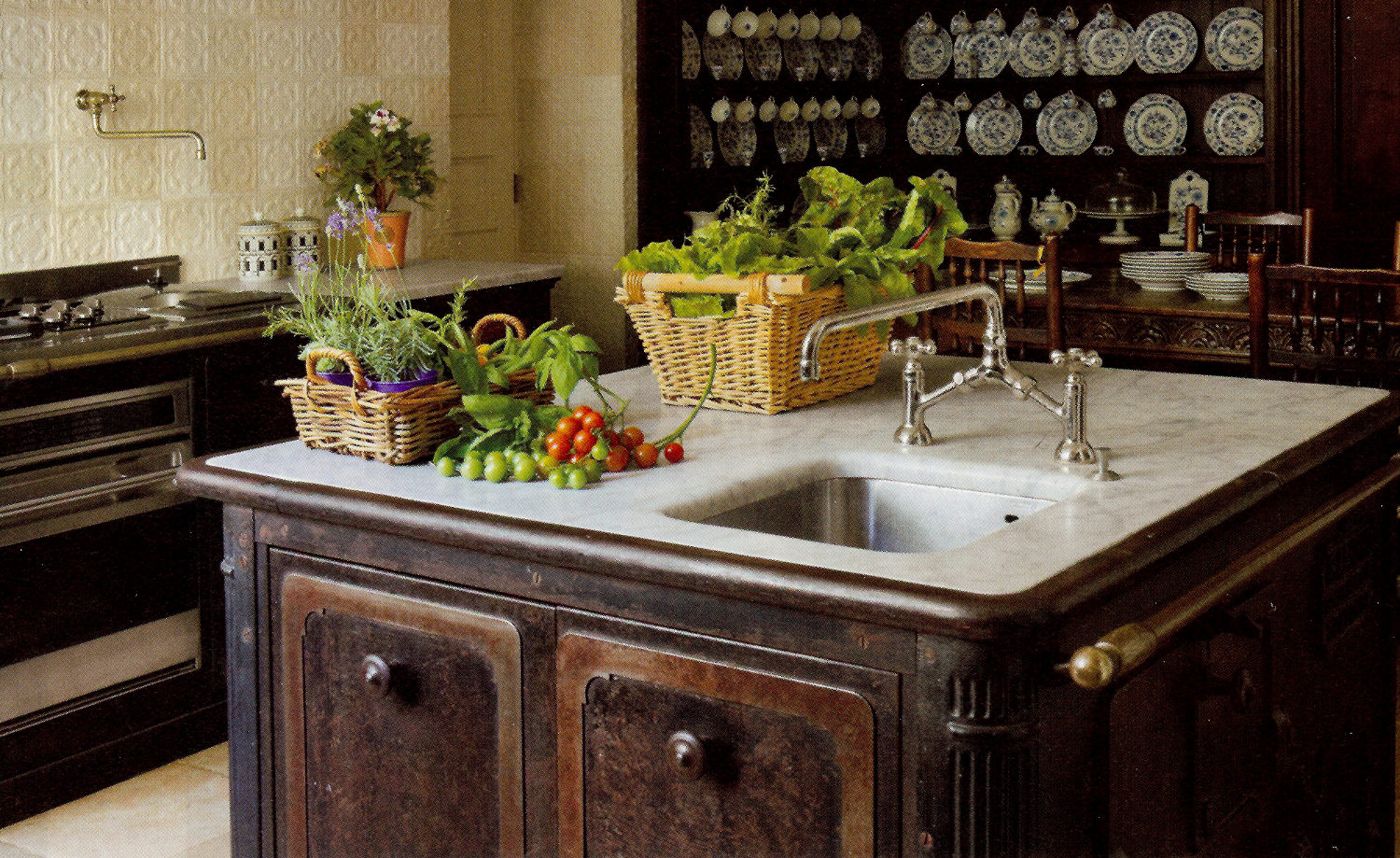 But back to the island, which has an elegant Carrara marble top fitted into the stove’s steel rim. A stainless steel prep sink is under mounted in the island with an eccentric vintage-style bridge faucet. Lighting includes an early 20th century pierced brass pendant over the island which almost looks glitzy in this kitchen. 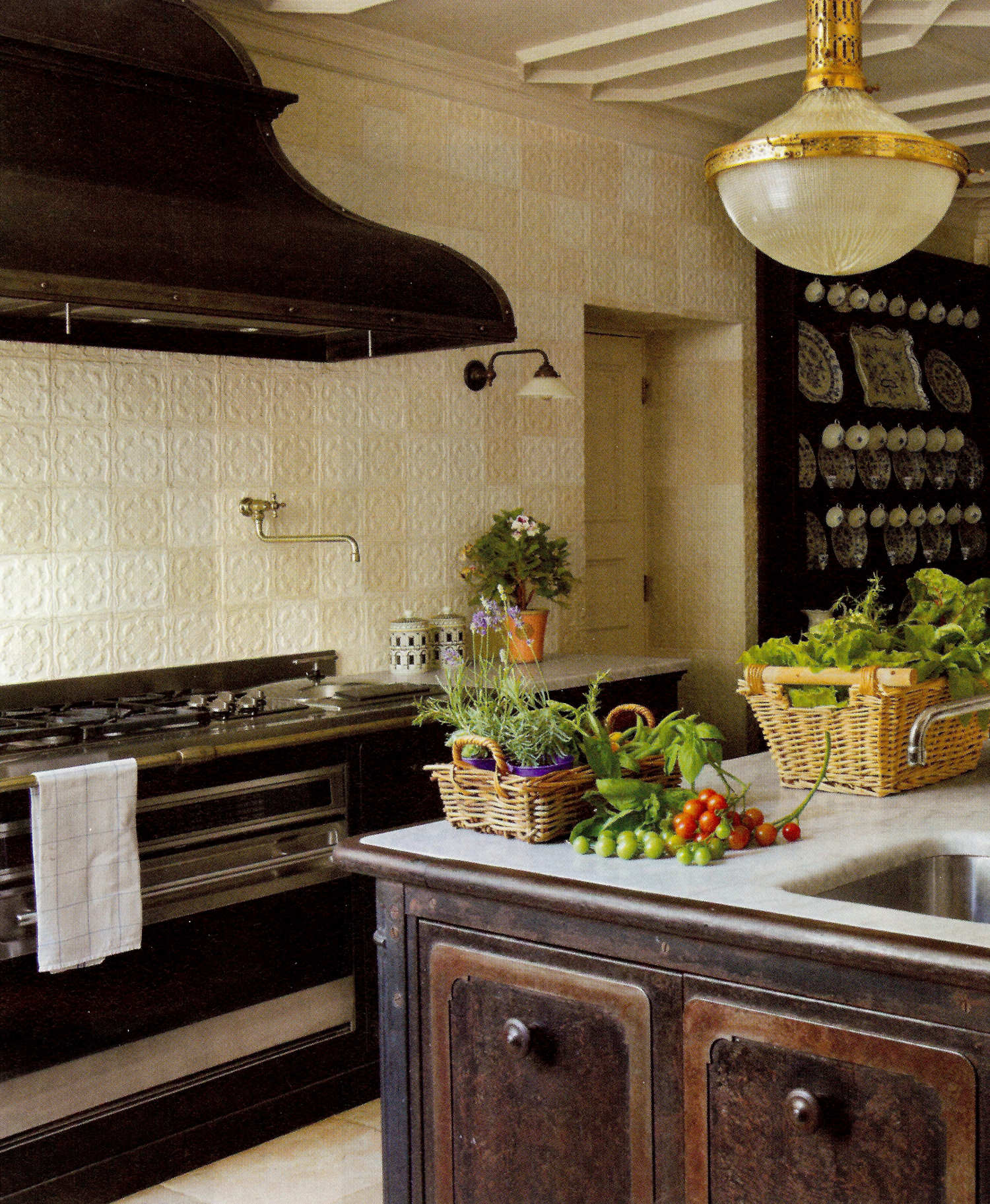 Across the aisle another old-stove shell appears to have been refitted with a modern gas cooktop and oven. And below the wall-mounted pot filler faucet is a very small sink also set into the range frame. Above the range, a black curved hood was made to match and set against a cream-colored wall of 19th century Portuguese dimensional tiles. (Their square format and design reminded me of Victorian tin ceilings). The same tiles cover the entire wall behind the range, including a deep doorway, and continue around the room above the woodwork as well.

Beyond the island, built in dish hutches act as a dark showcase for a display of classic blue and white china [top photo].  We aren’t shown how refrigeration or any other modern conveniences (aside from a dining table) are worked into the kitchen. Atmosphere and repurposing are its strong points. But for me, this is a breathtaking cooking space with big-bucks individuality used to create a look that money can’t buy.