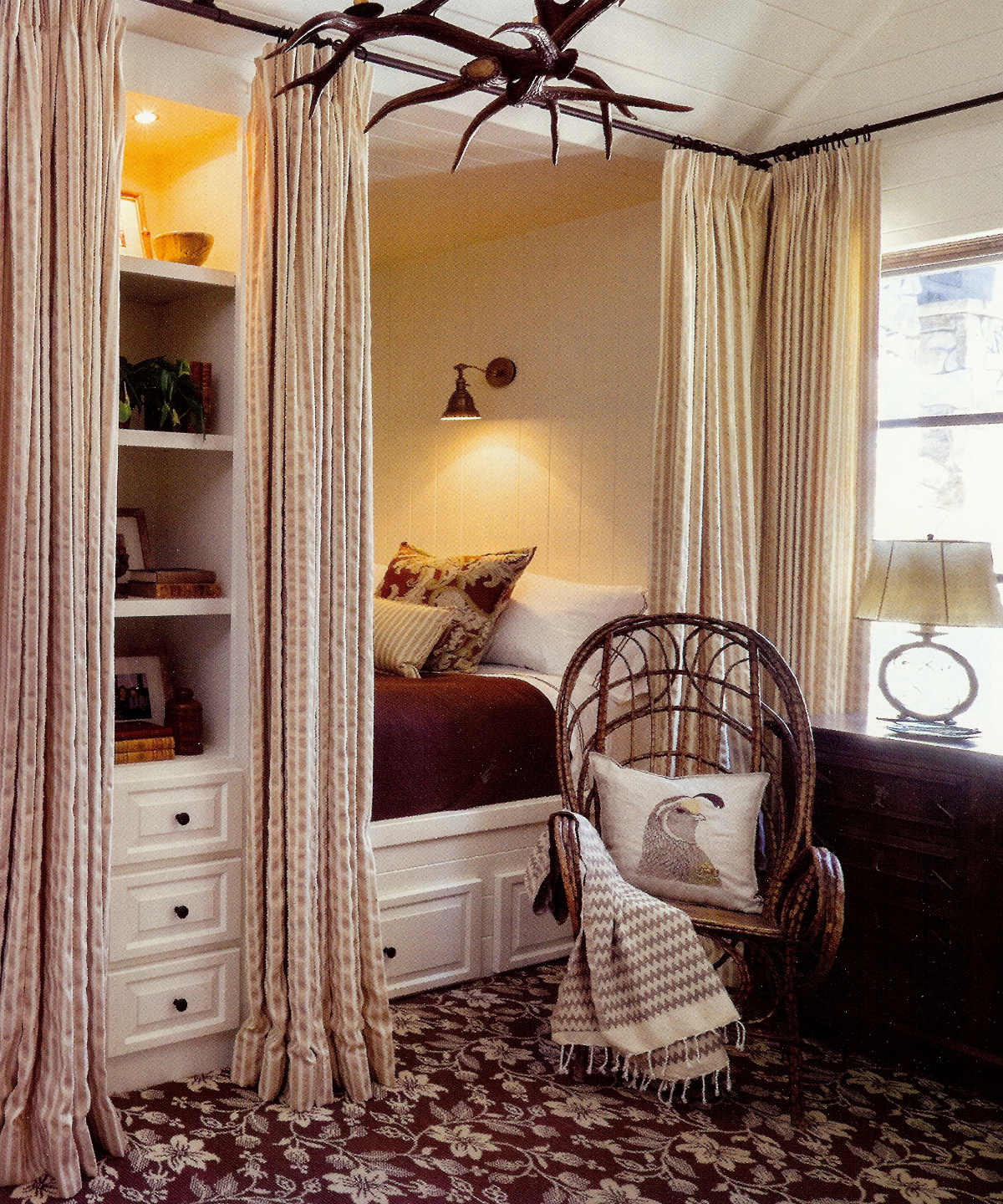 Most of us know about Pullman beds from old movies where trains had sleeper cars for overnight travel.

One year, I took an overnight train trip from Paris to Nice. That was my first experience with Pullman cars, the famous French wagons lits — sleeping compartments outfitted with curtained beds. Since traveling companions were often strangers, curtains added privacy and helped block out light. Today, the Pullman beds concept has steamed into guest rooms and kids rooms where they are often elaborately built in — sometimes singly and sometimes doubled up.

Also called nooks and alcoves, Pullman beds may have windows and reading lights. In a suburban Phoenix home [top] the guest room features two sets of Pullmans, separated by a slim book case against which curtains stack back. Each nook has planked walls and a platform built to fit a twin mattress (39” x 75”). Deep drawers below each bed provide storage for luggage and clothing. A deer antler chandelier is a nod to outdoor traditions in the American southwest. 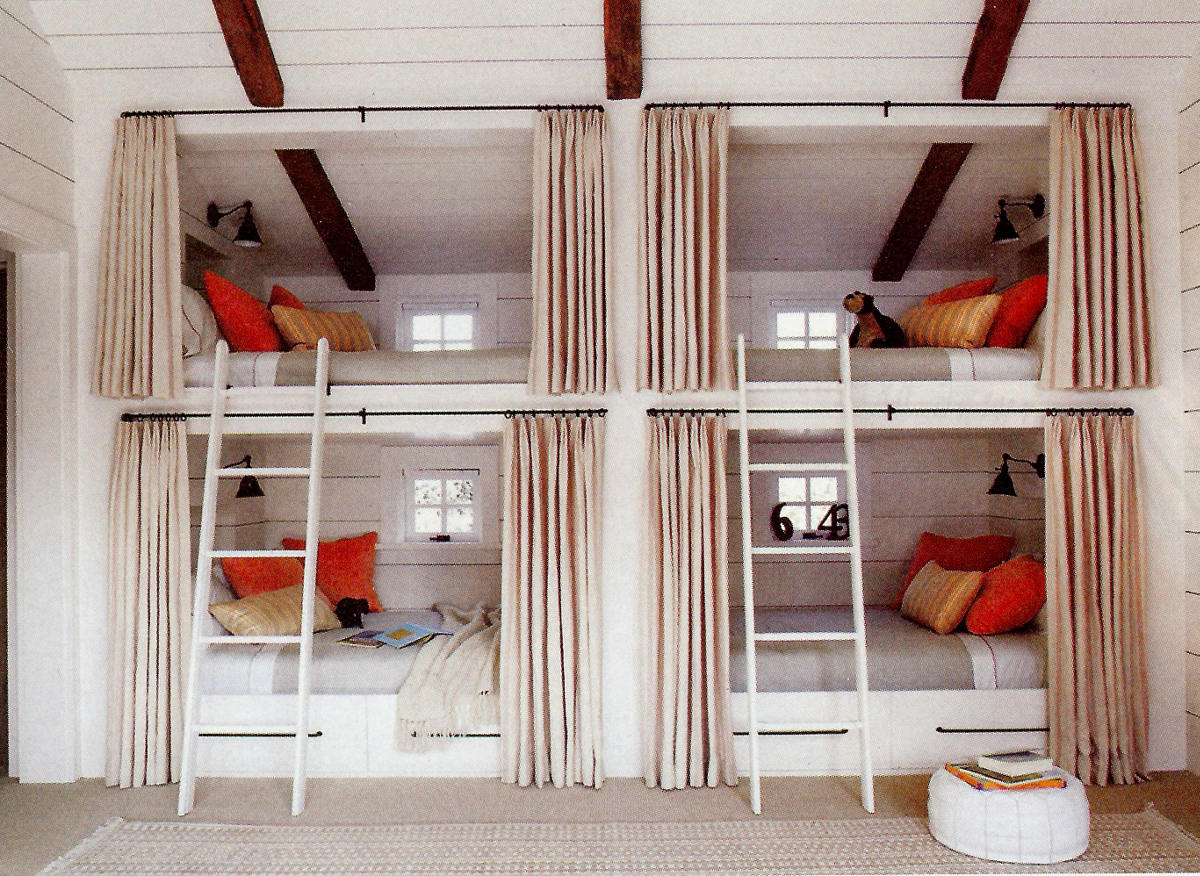 Bunk beds are a popular feature of children’s rooms, too. I showed an adorable DIY room with these in my Buddy Bunks post. Mom’s don’t seem to mind their little ones climbing up and down ladders at night as much as I would. For me, tucked in blankets on upper bunks are pretty much mission impossible but in the Idaho home of designer Mary Lynn Turner, they look really neat. Each bunk has its own Rose Tarlow Melrose House natural linen curtains which can be slid open or closed using rings sewn on the inside, or curtain wands attached to the leading edges. Both the paneled walls and bunks are painted in my favorite white: Farrow & Ball’s Pointing.