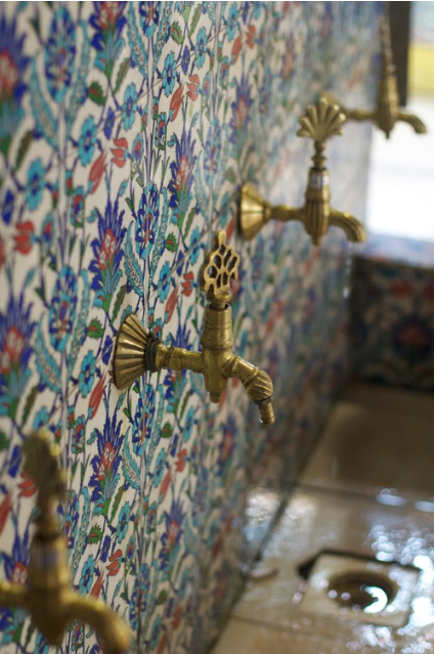 Elaborate, unusual faucets are like pieces of art — or jewelry for your sink.

My idea of Turkish delight has nothing to do with candy, unless it’s eye candy — like the incredibly exotic sink faucet in a basin lined with stylized tulip Iznik tiles. Embellished, handcrafted, and clearly made of brass, the faucets are Turkish. I’ve been saving the photo because it’s so unusual (at least here in the US) as well as beautiful. This is likely a travel photo. But during the late 19th century, Middle Eastern themes and motifs appeared all across the decorative arts — from oil paintings to  accessories — as Europeans traveled  through that part of the world and many were used in Victorian homes. Olana, in Rhinebeck, New York, is an example of a historic home done in that style though most of it is expressed through the architecture and tile work. 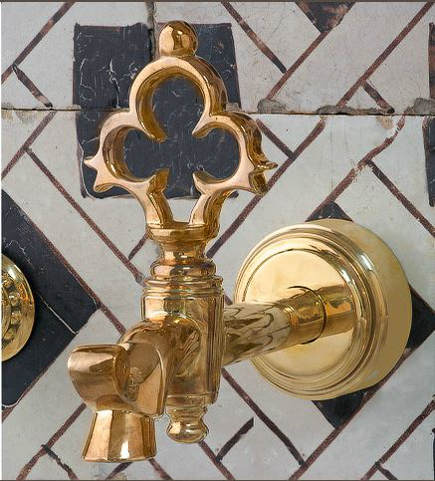 I was very surprised when I opened a recent issue of Elle Decor and came across a look-alike faucet. It appeared in an ad for Compas, a Los Angeles purveyor of ultra-high end custom faucetry and architectural stone. And while their knobs and spout collections mainly draw on English Tudor and Spanish motifs, Spain’s Moorish influence easily can be seen in the 8-inch Grand Ducale spout. 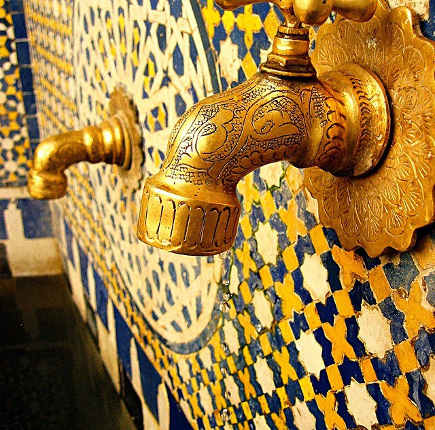 Moroccan brass faucets are equally gorgeous. This one has a amazing rosette with incised leaves while the spout is also embellished. Small-scale tiles Moroccan tiles have a motif similar to those used in the Star and Triangle Tile Baths. 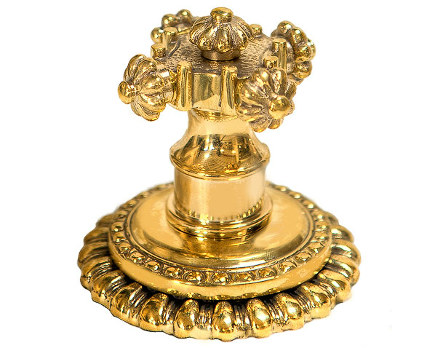 Another of the Compas faucet handles is nearly as elaborate, though it’s not incised. The Cruciform Miramare is gold plated — like something from a sunken Spanish galleon. With the elaborate rosette and detailing it is as intricate in its way as the Moroccan brass faucet. 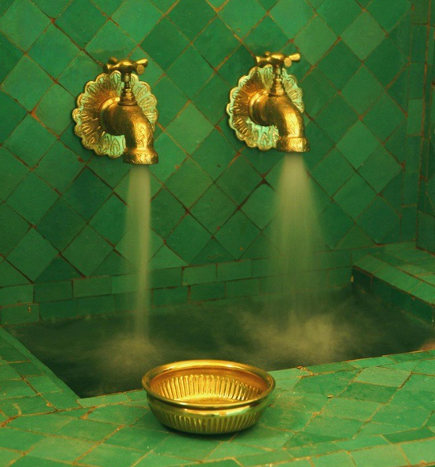 This pair of Moroccan spigots, set against stunning green glaze zellige tiles (like the ones used in the Belgian Country Kitchen,) could not be more atmospheric. And they show how glamorous — not gaudy — exotic sink faucets can be.

Copy and paste link to quick-share this post:  http://bit.ly/1t6dN4M