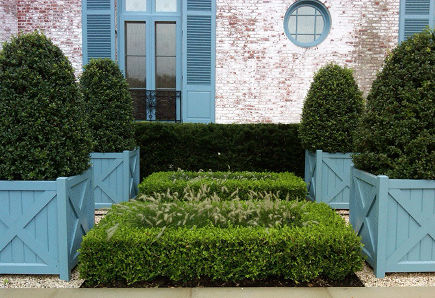 This 300-year old hue is rarely seen today, yet it’s one of my favorite house colors.

Psychologists probably wouldn’t give me a positive assessment for being a blue-and-white person. Orange is happier. Yellow more cheerful. And gray is far more soothing. Still, I’ve come to terms with my blue walls and blue furniture and a front door painted

Sèvres or Cerulean blue which went out of style when Marie Antoinette lost her head — and never returned. But those of us who revere the 18th century adore Sèvres blue as a choice for exterior house components such as shutters, gates, planters, trim, fences and doors. French designer Jean-Loup Dirand used a variation on Sèvres for the trim on his house in Provence [top]. An interior of the house was shown in our Color Poem post. 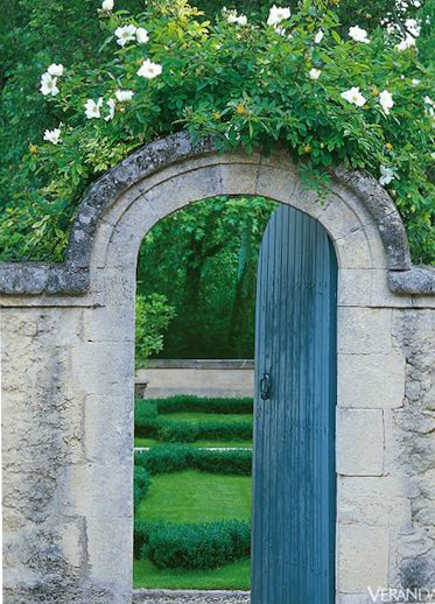 Dirand also used it on this stunning gate to his walled garden. 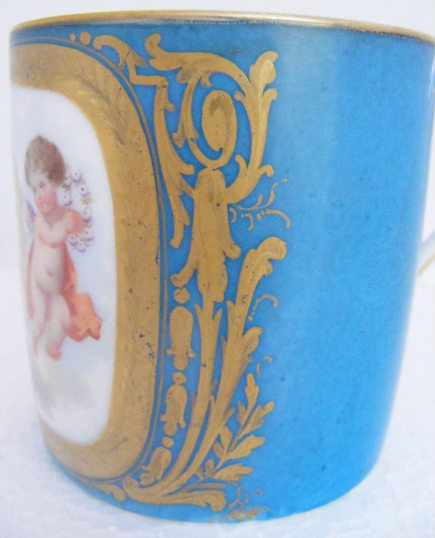 Of all the blues out there, sevres blue (pronounced sevv), also known as Cerulean, is less admired than its cousin turquoise and less chic than sapphire. In the world of home décor and furnishings, this is the namesake body color of decorated porcelain made in France since 1738, of which this Cupid cup is an example. Yes, it’s gaudy with gold and a little putto. But color had to be intense and gilded to be seen at a time when candles provided the only interior lighting after sundown. 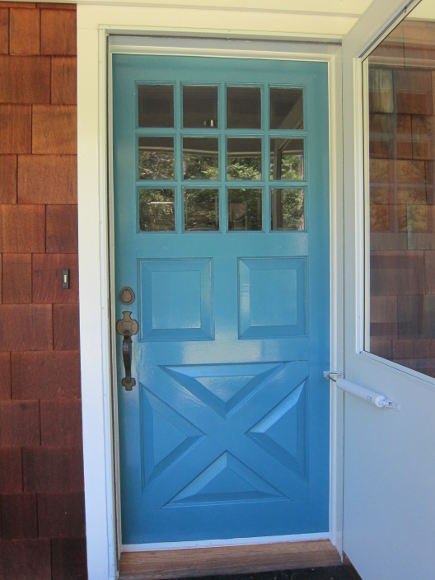 It also happens to be the color I chose 12 years ago for my salvaged front door. It adds personality and harmonizes with  the red tones of our cedar shingles so I doubt I shall ever change it. 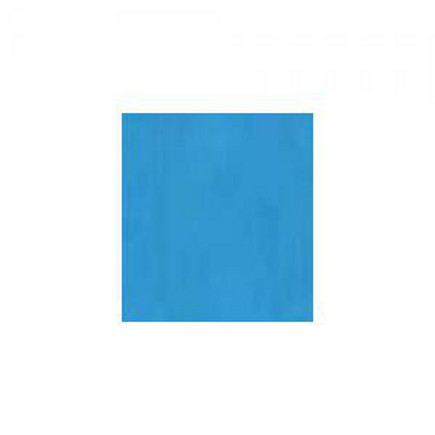 The Society for All Artists includes a swatch of acrylic resin sèvres blue in their color collection.  House-paint companies give it e various names which may vary with the undertones of green and gray. Farrow& Ball calls it Chinese Blue. Fine Paints of Europe lists it on their Classic European color chart as Zuider Zee Blue after the famous inlet in Holland. Benjamin Moore dubbed it Cool Blue (2058-40) and describes it as the “shade of tropical waters” and as a “saturated sea blue.” Saturated is a key word in this discussion because most people find it too intense for interior walls. 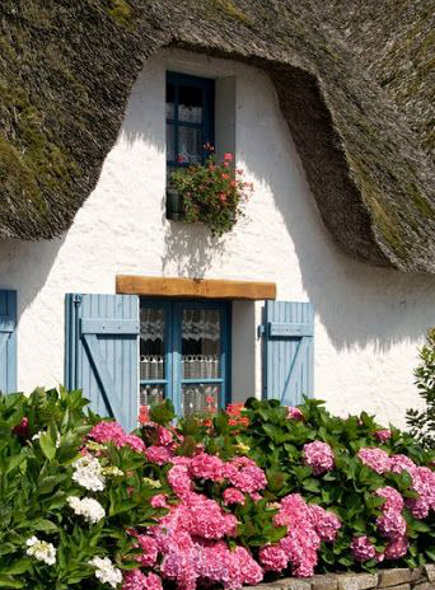 Outside, colors always appear many shades lighter. It works well muted on the shutters of this English-style cottage. 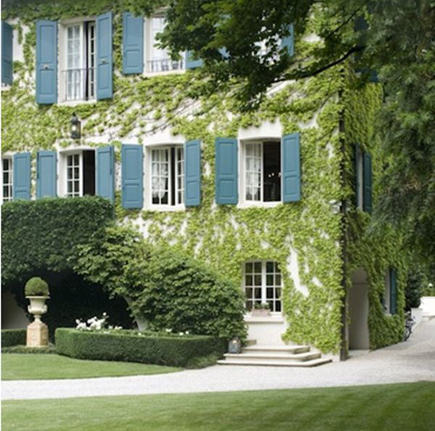 The owners of a former 18th century mill in the Italian province of Fruili, also used a muted variation on the theme to set the shutters apart from the climbing greenery on a white house while not upstaging it. 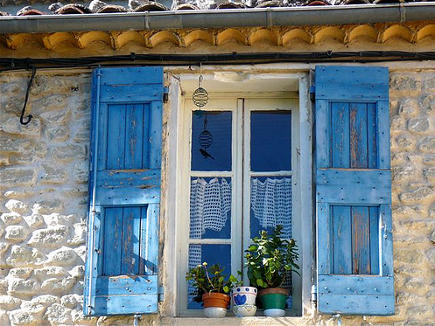 Back in Provence, even weather-worn shutters on an ancient stone house with a terracotta tile roof benefits from this old-fashioned pop of blue that reaches out to the color-lover in all of us.