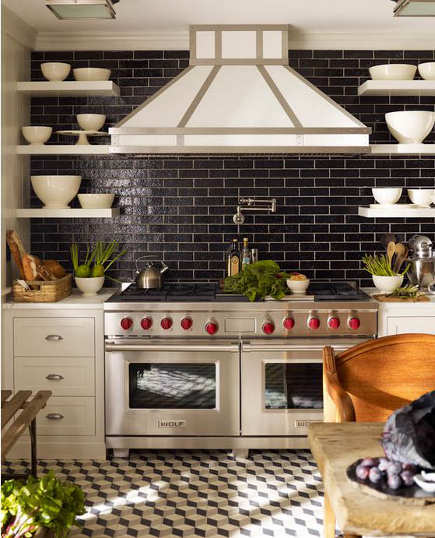 What’s interesting to me about this iconic Steven Gambrel kitchen is how it skillfully employs the ultra-popular black-and-white theme though not in the usual way. Rather than focusing on white cabinets with black counters, the designer has taken it very boldly to the floor and walls through the use of tile. Glossy black bricks tiles behind the range and on the remaining backsplash essentially create black walls articulated by high contrast light grout. Equally dramatic, and even more muscular in terms of effect, is the 3-D illusion floor created by a black, white and gray small-scale pattern on cement tiles. Apart from the red knobs on the Wolf range there is no distracting color to dilute the concept.

Yet there’s an interesting back story on this 6700-square foot house called Redcraft in Southampton, at the tip of New York’s Long Island. Set on a 3.3 acre estate not far from the Atlantic Ocean, the house has 7 bedrooms and 6-1/2 baths and central air conditioning. There is a pool and guest quarters. While the exterior and formal gardens are original to the 1897 structure, the interior had been changed and then redone by Mr. Gambrel. While I don’t know the identity of the owner, the property is currently a furnished rental for $250,000 a month ($350,000 August-Labor Day) or $850,000 yearly. No surprise that the real estate listing shows the house available next month. Winter is off-season in the Hamptons. 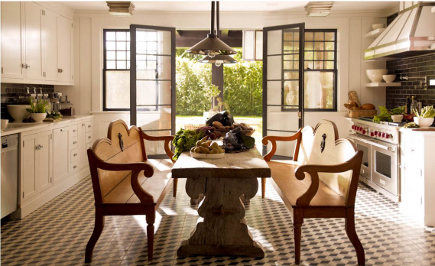 Were you to rent the house, you might want to know that the fabulous pair of wood benches that occupy the center of the kitchen are said to have been purchased from the estate of Bill Blass, which comprised a three-day auction at Sotheby’s in October 2003. Those flank a 19th century Belgian oak kitchen table illuminated by ceiling pendants from John Derian. Although this kitchen is likely approaching its second decade, only the style of the Miele dishwasher (left) betrays its age. Meanwhile, the Roman Holiday encaustic together with glazed Liberty series workshop tile, both from Cletile, could produce a very similar look. 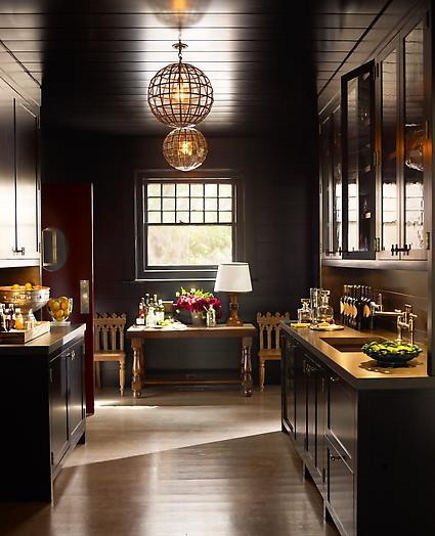 Because the style is so different it wouldn’t be obvious that this butler’s pantry is on the other side of the swinging door (left). Equally wonderful in its own way, I featured this room in my Daring the Butler’s Pantry post. 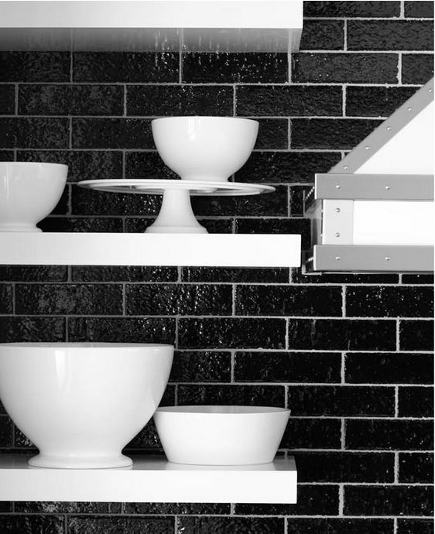 A close up on the range wall shows a corner of the stunning riveted range hood as well as cantilevered shelves to help boost the contrast. 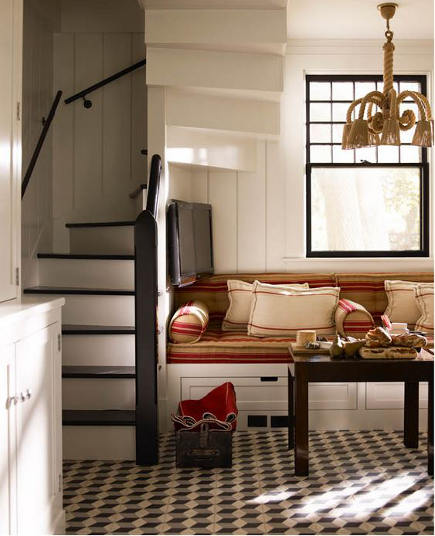 At the other end of the kitchen, a window seat nestled under the back stairs boasts red-striped mattress ticking pillows – a detail that coordinates with those bright red Wolf range knobs.