You are here: Home / Decor / Rugs / Vintage but Modern Rugs 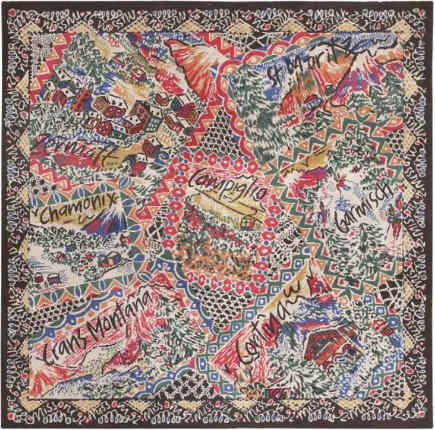 That saying “old is new again” is never more true than when it comes to home décor. Revival styles cross oceans and centuries. They are embellished and sampled. And yet, sometimes originals manage to look so fresh and contemporary it’s surprising to learn they are 20 or 50 or even 80 years old. Vintage rugs, and some antique carpets acquired by the high-end retailer Nazmiyal, in New York, would be great for a design quiz. I doubt that even a European furniture expert could correctly ID the age and origin of every one. So have some fun and test yourself – before reading about each of the rugs we’re showing ask yourself:  ♦  New or Old?  ♦ Where was it made?

You may be in for a few surprises. If something about the graphic, mostly black and white rug [top] looks vaguely familiar, that’s because it was designed by the house of Missoni. I’ve been a huge fan of their clothes and furnishings and was once privileged to spend the afternoon with Rosita and the late Ottavio (Tai) Missioni in their home outside Milan, while on assignment for a magazine. This rug – dated by the 92 in the border as part of the design – is about 6-feet square has the multiple patterns and complexity typical of Missoni designs including basketweave, animal prints, mosaic and zigzag. It is also a somewhat pop theme carpet with postcard-like images of ski resorts worked over the black and white background. This rug would be spectacular as a jolt of color in an all white minimalist room. I wonder if Jennifer Post has seen it. 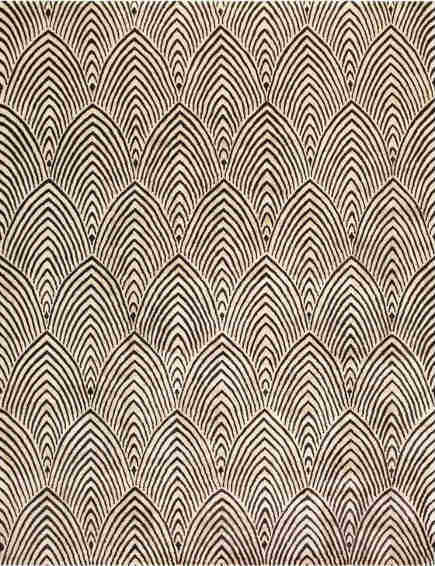 Zebra? Stylized feathers? This rug looks so contemporary it’s difficult to believe it dates from the 1920s when vibrant (and nearly indestructible) wool rugs designed for export to Europe and America were made in China with Art Deco styles. While it’s not known if this rug is by Nichols, perhaps the most famous manufacturer, it is a standard 8’10” x 11’6” (about 9’ x 12’) size. The clue here is that the design is directional – one key characteristic of Chinese Art Deco rugs.

This rug isn’t sold at Crate & Barrel though if they reproduced a nubby rag rug in the same colors as this vintage Swedish runner (2’ x 5’1”), it would likely be a sell out. 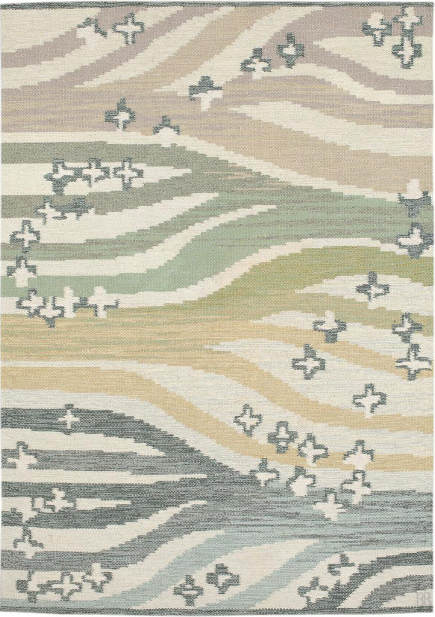 I’m just drooling over this 1950s Rolakan kilim, the traditional Swedish flat-weave or tapestry style. The muted colors and undulating waves and stars seem inspired by the ocean and have the same sensibility as many  rugs we see today. While Rolakan rugs are considered folk art in Sweden, there is nothing quaint here — just timeless. 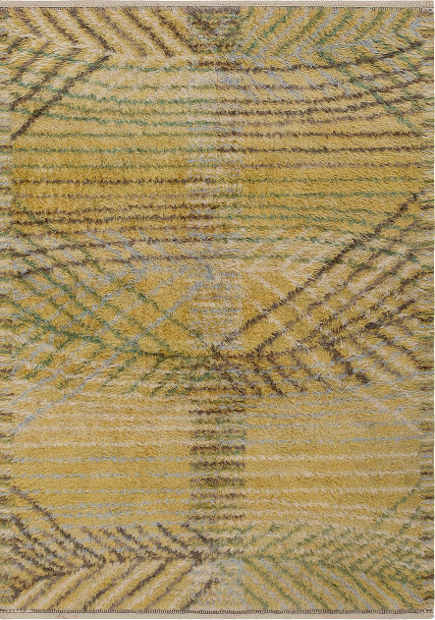 A miminalist pattern with linear motifs and a fashionable acidy yellow ground is a Rya art rug designed by Barbro Nilsson for the Marta Maas-Fjetterstrom brand in the mid-1950s. Rugs have been made in Rya, Sweden for centuries and are considered to be the original shags that were so popular in the 1960s and have been making a comeback over the last few years. 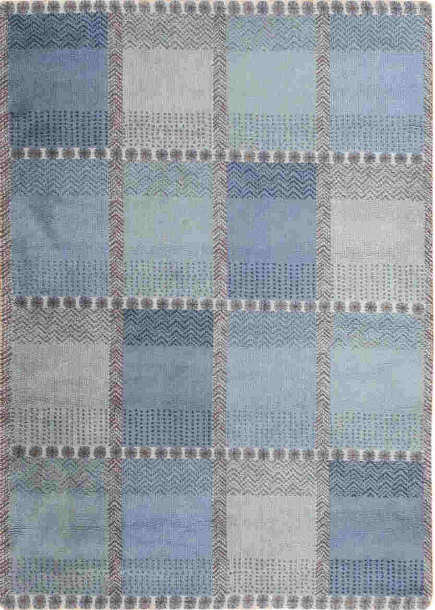 Small (4’6” x 6’4”) but stunning, this color-block blue and gray rug is fashionably divided into squares, each with interior embellishments. Although this dates from the mid-20th century, it reminds us that the 18th century Gustavian gray and pale blue hues continued to be used in Scandinavia for hundreds of years.

Copy and paste link to quick-share this post:  http://bit.ly/16aKvqh