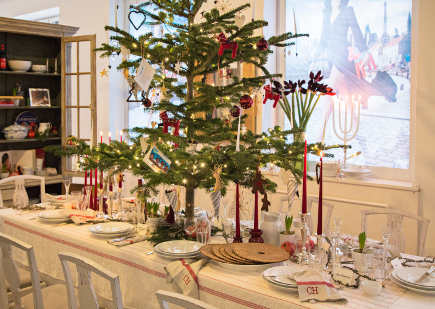 Tis the season for our annual visit to Denmark to see the 2012 Royal Copenhagen Christmas tables.

Ho, ho, ho. Hard to believe it’s December when the tradition here at Atticmag is to travel to Denmark for a look the annual Royal Copenhagen Christmas tables event. For us, it’s become the equivalent of Fifth Avenue Christmas in New York and we hope it will provide great ideas for the festive dinners we will all be cooking (or eating) this holiday season. This is the fifth year we’ve shown R.C. tables — our co-founder, Jane T., did the first post back in 2008! (Links to previous years are below). As you may know, each year the emporium asks a group of Danish celebrities to set theme tables and this year, in keeping with “Songs of Christmas,” six musical artists participated.

Caroline Henderson is of Swedish-American heritage and her grandparents lived in Paris. Little wonder I was drawn to her table [top], set with monogrammed natural red-striped rough linens. I adore the slim Christmas tree centerpiece and the red tapers that coordinate so well with the homey linens. 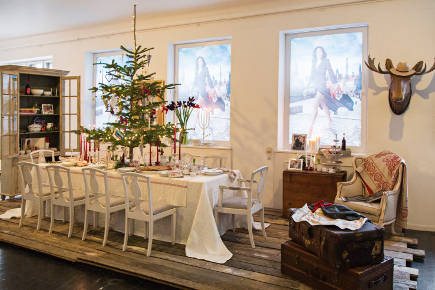 White-painted furniture and a moose-head trophy with a Boho hat feels so Scandinavian. 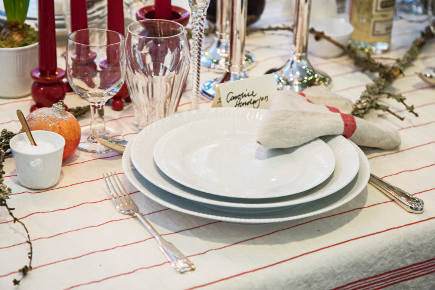 The classic White Half-Lace Design dinnerware was first produced in 1888. 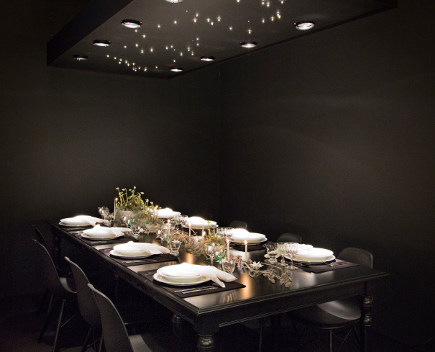 Anne Dorote Michelsen went for a dramatically modern “light in the dark,” theme with dark gray walls, black lacquered table and lighting that suggests the starry night over Bethlehem – in 2013. 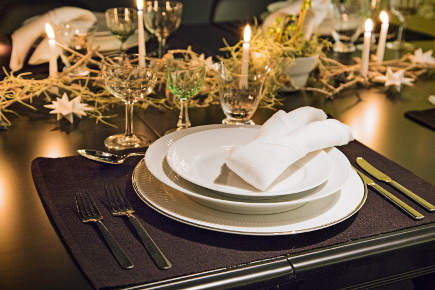 The White Fluted tableware is an equally contemporary choice (its production began only a decade ago). 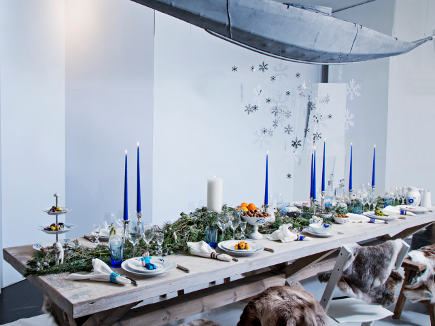 Oh to know Christmas in Greenland. That’s the sentiment from Julie Berthelsen, who grew up in Arctic North America. Her table includes a kayak over the table in remembrance of  smoked trout her mom caught and prepared for the holiday meal. There are animal skin covers on the chairs. 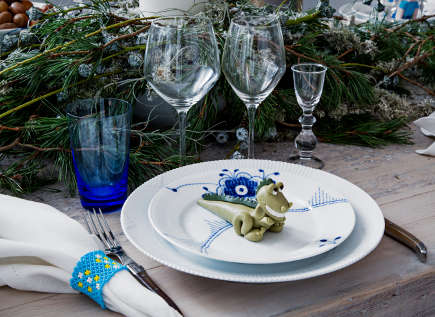 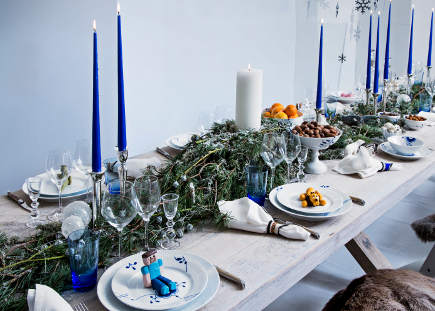 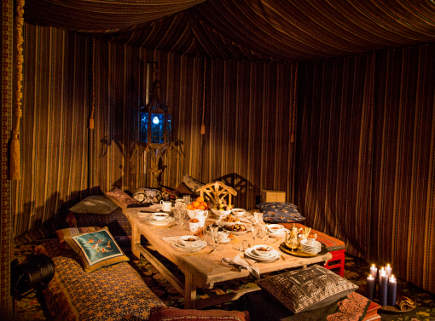 I don’t know which song Hella Joof had in mind but her moody tented room with its low table exotic fruits and cushiony seating make me think of “These Three Kings of Orient Are,” complete incense and myrrh ready for the arrival of the three wise men. 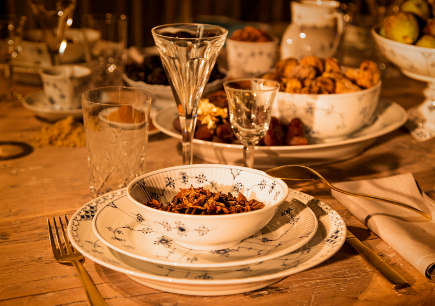 It wouldn’t seem much like Christmas without a setting of Blue Fluted Half and Full Lace china – a look always associated with traditional Danish style. 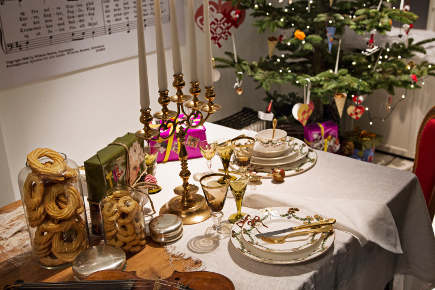 Hailing from a musical family, Caecilie Norby chose the official Star Fluted Christmas dinnerware, with its bows and swags, for her very informal dessert table laden with ring cookies and other sweet treats. 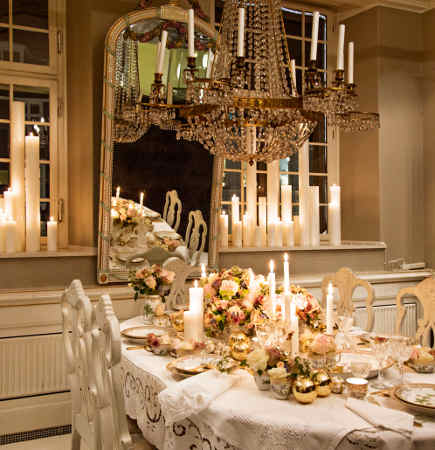 Marie Carmen Koppel styled her formal table for Christmas or even New Year’s Eve, from the elaborate crystal chandelier overhead to the Battenberg Lace cloth and gold-kissed table settings. Always so romantic. 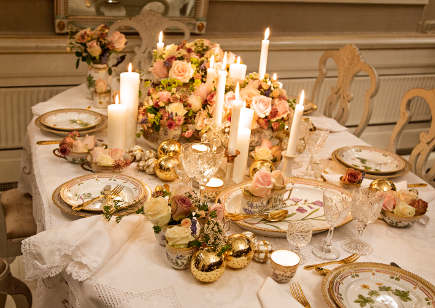 With its botanical theme and elaborate borders, Flora Danica dishes always evoke haute 18th century style. Round that out with fresh roses in the centerpieces. 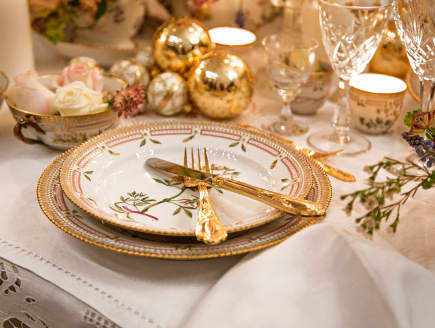 One of the world’s most pedigreed dishware patterns  – first produced in 1795—Flora Danica quite naturally goes with vermeil (gold-plated silver) flatware at each place. After all, Christmas and New Year’s are the time to listen to your favorite carols while you haul out the “good” dishes, Grandma’s heirloom stuff, or whatever you have stashed away for a once-a-year celebration.

Copy and paste link to quick-share this post: http://bit.ly/SqgNYQ