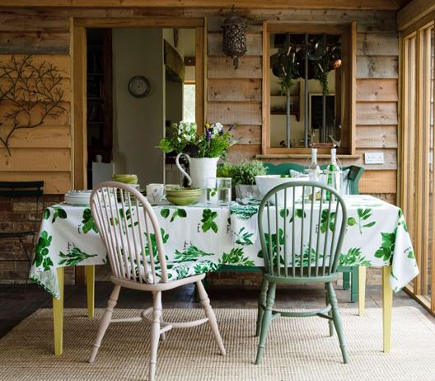 Years ago, when I was writing about food for the Chicago Tribune, and later at Newsday, I would produce the annual “in and out” list. I loved doing that trend story because it was easy to see how things had changed thoughout the year. But unlike the world of fashion and restaurants, home décor trends move very slowly. You can be crazy for a color on a piece of clothing but it’s a different matter on a couch. That’s why the annual naming of Pantone annual color of the year can be exciting or, like last year’s awful Tangerine Tango, merely amusing. Some hipster will buy an orange sofa but how quickly will that look dated? 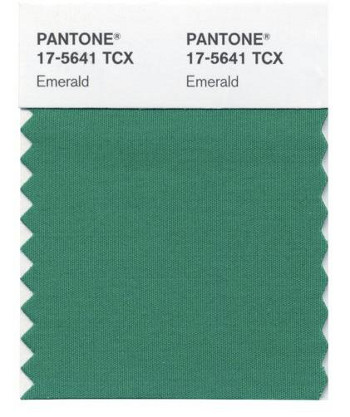 The news for 2013 is that Emerald — “the color of prosperity,” as they are delicately phrasing it — is back. It was a huge color during the 1970s when the late, great Yves St. Laurent – still my favorite designer ever – used emerald as a basic. Of course a similar green is also the color of Christmas, grass and plants like clover used in the tablecloth pattern  [top]. 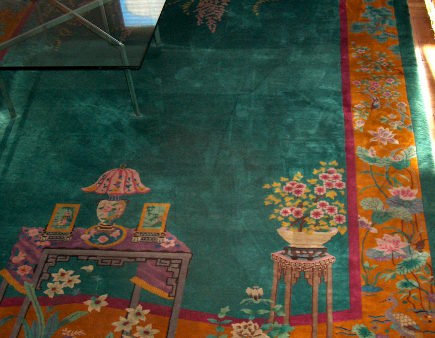 I confess to actually having owned a pair of emerald-colored St. Laurent bell bottoms and matching Gucci shoes (long gone) as well as this Chinese Art Deco living room rug with an emerald green background (which I sold in 2007). Lately I’ve gone for more subtle greens but emerald remains a favorite. 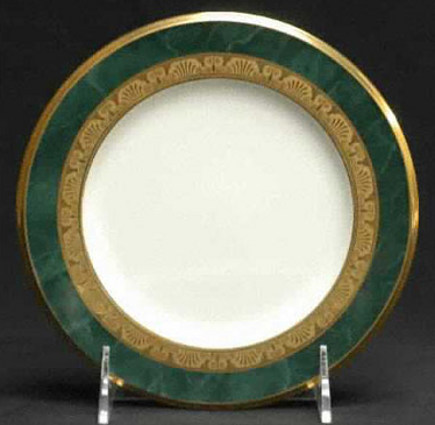 In small doses, emerald-band china can be great. Noritake’s Fitzgerald sets a striking table. Wedgewood’s vintage Powder Green Ulander is the predecessor of this style, popular during the ‘60s, that lives on today only at Replacements. 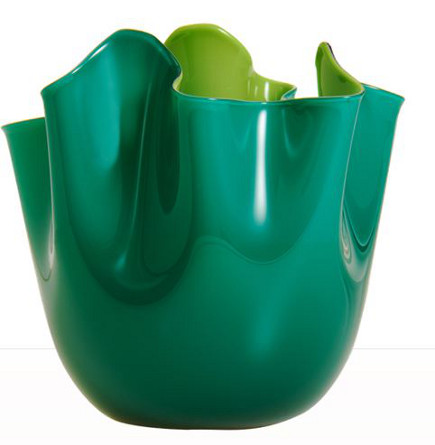 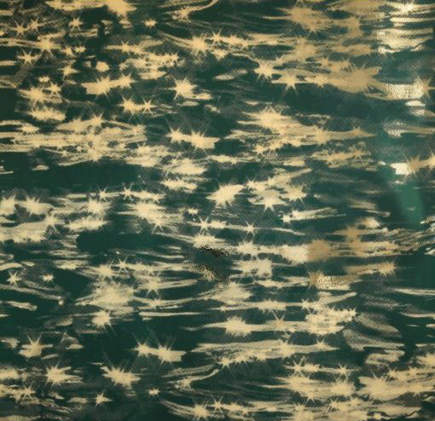 Anyone who loves wallpaper should check out Flavor Paper, which has some mad designs including this emerald-and-gold Starglint paper pattern. 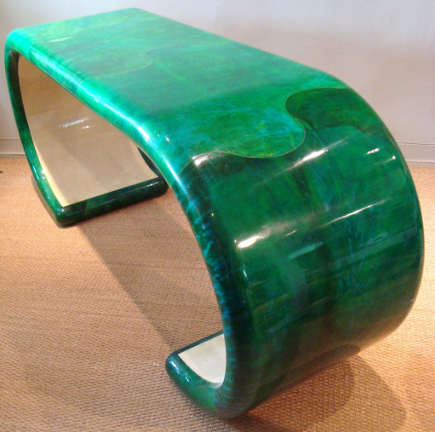 For me, this “bracelet” console table is a little scary looking but, thinking back, a lot of the fashion and the furniture from the 1970s could be described that way (including my green rug). The finish was meant to mimic malachite. Then again, in the right house – say a huge monochromatic loft with reclaimed wood, tons of concrete and natural light, this table could be nothing short of emerald city.

You also might enjoy Color of the Year 2015: Marsala

Copy and paste link to quick-share this post: http://bit.ly/SAGZju