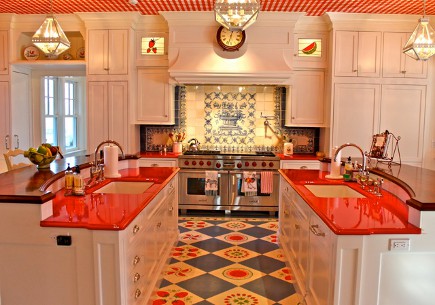 When the dynamic hand of New York’s Diamond Baratta (now Anthony Baratta as William Diamond has retired) goes to work in a house expect knockout color, exceptional pattern and amazing attention to detail. All those elements are present in this nostalgic Connecticut kitchen with a red gingham ceiling. This kitchen plays off 1940s and early 50s red and the typical fruit motifs such as watermelons, cherries and strawberries. Bunnies and roosters are mixed in. It’s sweet and so much fun it makes formal white kitchens feel pretentious. 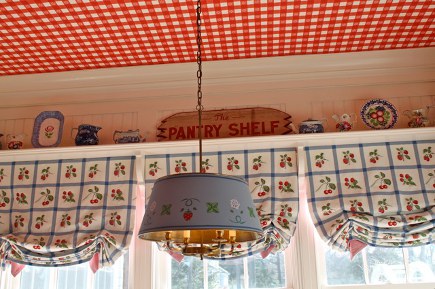 I love the idea of a high-end kitchen that makes you chuckle without being the least bit of a joke. Conceptually, though, this one’s a sandwich with red-gingham tablecloth pattern on the ceiling and on the floor a quilt-look diamond-pattern stenciled with fruit motifs on Diamond Baratta’s signature pale blue ground — the same hue used for the background of the tole pendant light. Yes, it’s red, white and blue but without becoming flag-y. 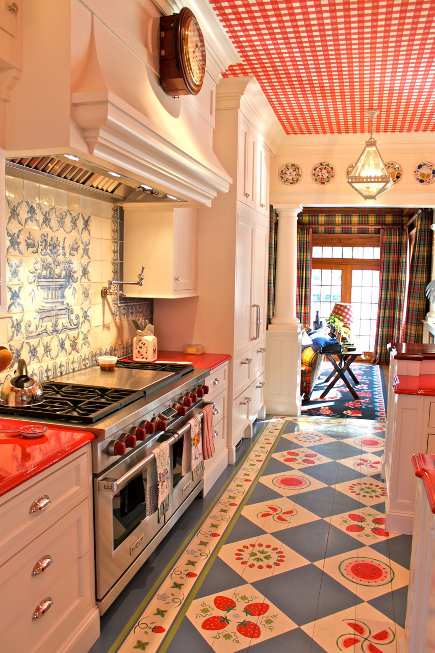 The filling in between is something to chew on. Strawberry-red lavastone counters are so intense they make red knobs on the big Wolf range look dull. There’s more fruit in the basket of the blue-and-white Delft-tile range guard medallion, too.  A pair of islands [top] each house sinks with gooseneck bridge faucets (my best guess is Barber Wilson’s) with space for seating, too. 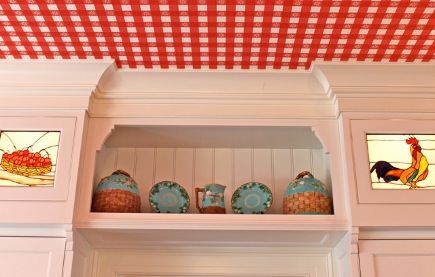 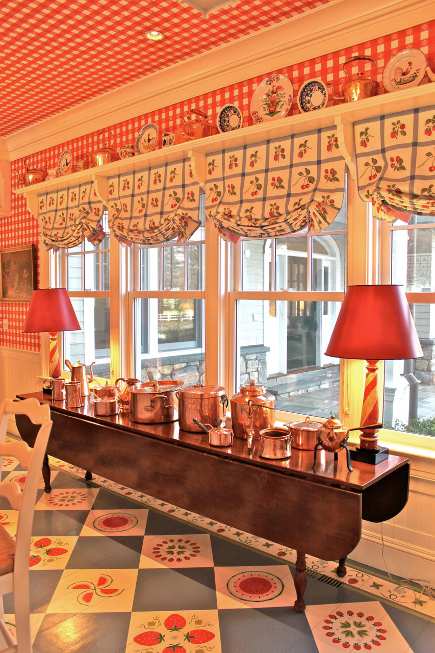 If you appreciate this kitchen as much as I do, you may enjoy seeing the rest of the house. A full tour can be found on the Quintessence blog, hosted by an unnamed blogger (so unfortunately it’s impossible to  know who to thank — sister, come out!) as part of a post entitled “Living with Color in Connecticut.” Indeed.