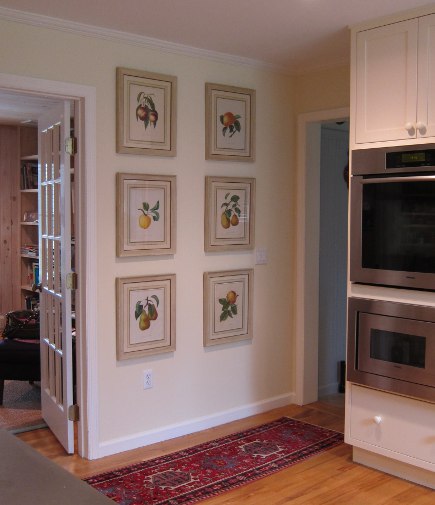 Four electrical features on a 64-inch kitchen picture wall wall made this a tricky arrangement.

Reshuffling the cards of your life takes time. Often it’s necessary to go over things more than once to decide what stays and what goes. I began that process last Fall with My Final Yard Sale. Then I tackled a new kitchen picture wall to display the art I’m keeping. What I planned to hand is  the set of six antique Bivort fruit prints I purchased at auction in 2010. My interest in the prints was sparked by designer Jeffrey Bilhuber, who I was interviewing at the auction venue for an AOL article. Before our move, the Bivort prints hung on the Antique Print Picture Wall in our apartment and have been on the floor in my home office for seven months. Then my dear friend and design school pal, Jewel Umansky, spent the day helping me work out where to hang what. This was the first little project. 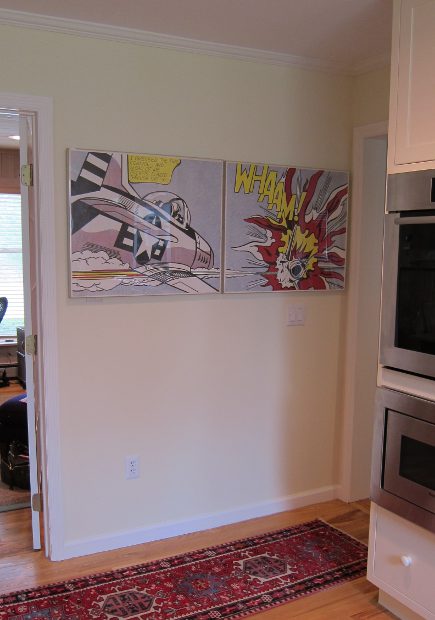 One of the last remaining pieces of modern art was a double-panel Roy Lichtenstein Pop Art print hanging on the wall in the kitchen that leads to the pantry and laundry room. “That doesn’t belong there,” Ms. J decreed. Mr. AM never cared for it and the style never suited the kitchen. It’s the pictures are in the basement and eventually will be sold. 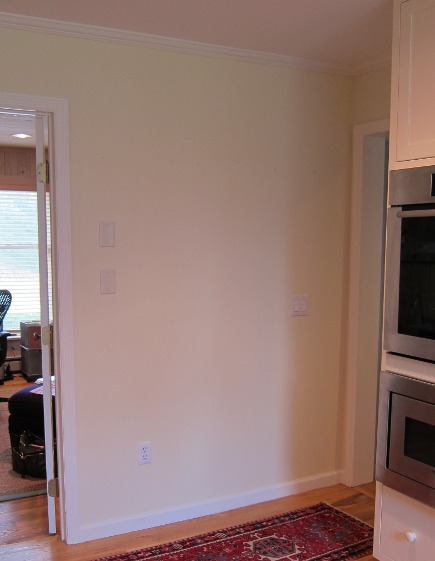 But the Lichtenstein handily concealed two wall plates that cover defunct electrical boxes from a former wall phone. That made the arrangement a bit tricky. Plus there is an electrical outlet 10 inches from the floor and a light switch on the wall. 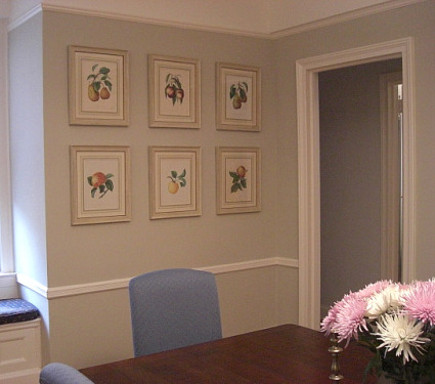 Jewel suggested hanging the fruit prints in the space. Previously, they hung on the dining room wall in our apartment, three across in two rows. In the kitchen they needed to hang two across in three rows.

Meanwhile, Mr. AM and I put the six pictures down on a rug  and adjusted the order until we though they looked right. Three of the prints are single fruits and three are doubles. I hadn’t even noticed that the last time around! 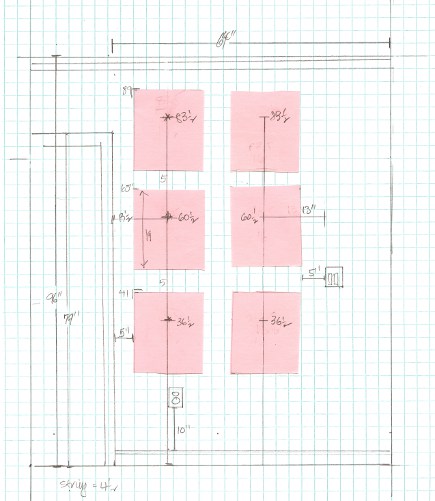 To figure out how to pull it off, I took measurements then made a scale sketch on graph paper with one inch equal to one foot. I placed all the electrical features on the sketch and cut out six pink paper rectangles to-scale so I could “arrange” the 19 x 16-inch pictures as necessary.

What worked out was that the two rows would fit evenly between the door and the light switch with five inches on each side and 5 inches between the prints up and down. 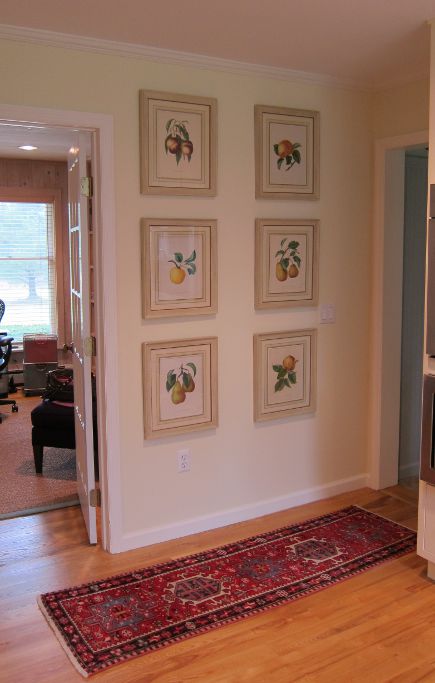 But when we got them up, I realized I had not measured perfectly from the right side so they are not as even as planned. And instead of 5 inches between them, there is only 4. That is barely noticeable and they always can be adjusted. Plus there was a big bonus: filling most of that strongly horizontal wall with a set of prints, and less aggressive images, makes the kitchen look larger!