You are here: Home / Decor / Collecting / Farewell to the Tiffanys 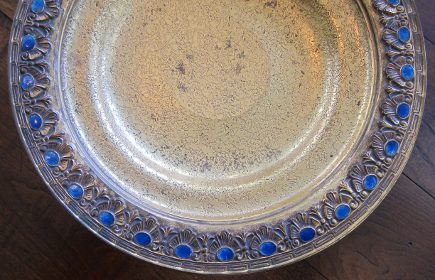 Three family Tiffany heirlooms are going off to auction.

As long as anyone in my family can remember, three pieces of Tiffany metal ware have been among our most prized possessions. Our late Mother was much enamored of these which, as her version of the story went, were given to her father by one of his famous clients to pay for financial management services. No matter how many house sales Mother had over the years to raise money, no one would pay her what she devoutly believed they were worth: they were, after all, Tiffany, signed and numbered. 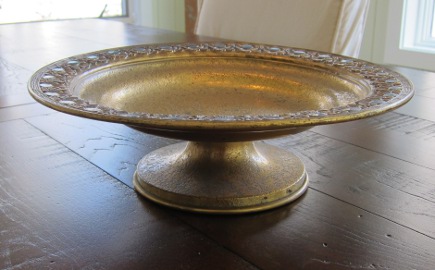 The first is this centerpiece bowl, with its “bronze doré” (gilded bronze) and hollow center foot. 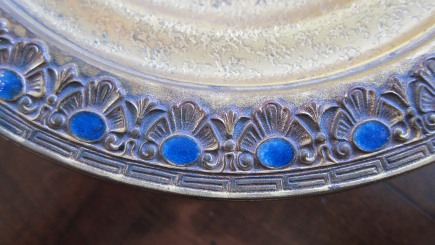 The floral motif on the rim is set off by vivid blue inlay — I cannot tell whether this is enamel or glass. The piece is stamped “Louis C. Tiffany Furnaces, Inc. Favrile” and a similar bowl, with flowers in a different colorway, is in the collection of a prominent New York dealer. Tiffany Furnaces was the glasshouse LCT founded in the 1890s and favrile was the trademarked name applied to his glass, enamel and pottery.

In the early 1990s, I offered to take all the pieces to Tiffany’s main New York store for evaluation and Mother shipped them to me. My taxi ride down to 57th Street yielded the first of several unpleasant surprises. “We have nothing to do with these,” I was informed upon examination of the candlesticks. “They were made by Tiffany Studios, which no longer exists.” 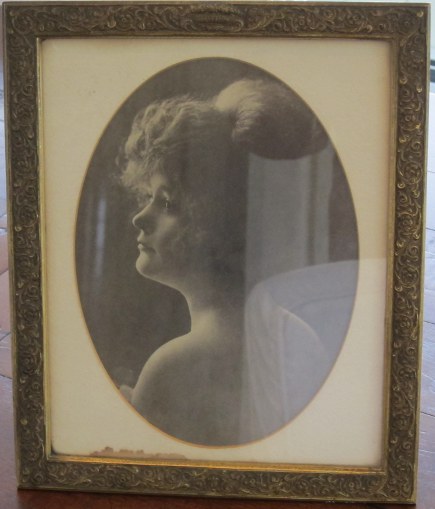 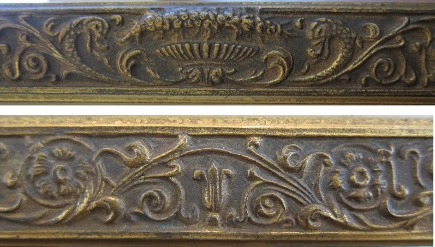 Details of the top center section of the frame shows a vase of flowers with dolphins and scrolling leaves on either side. The central motif on the bottom reminds me of late Victorian Classical Revival images also seen in furniture. 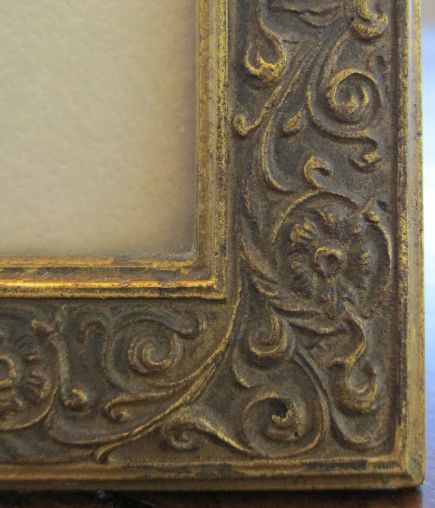 And here’s the bottom corner.  I haven’t been able to turn up a similar frame or identify the style. My guess is that it dates to the 1890s since motifs on later pieces became more geometric.

But back to the story. After the disappointment at Tiffany’s I began checking around. It quickly became clear that these early Tiffany pieces were woefully out of fashion. 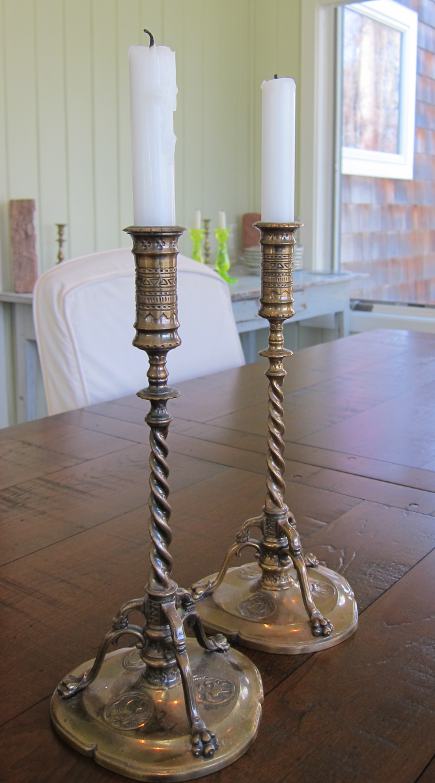 Our pair of “Zodiac” Tiffany Studios bronze candlesticks have a lovely patina and their condition is excellent. 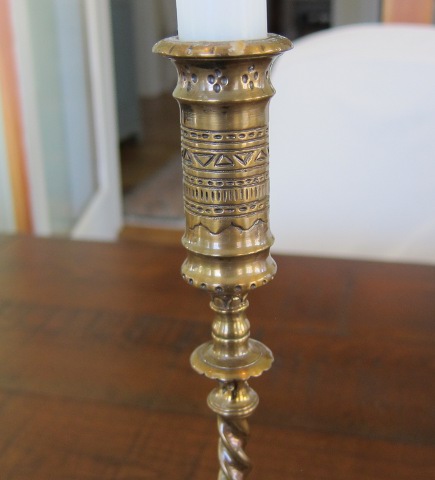 The tops have incised designs all around the candle well and graceful barleytwist stems. The markings almost look like abstracted Egyptian hieroglyphs. 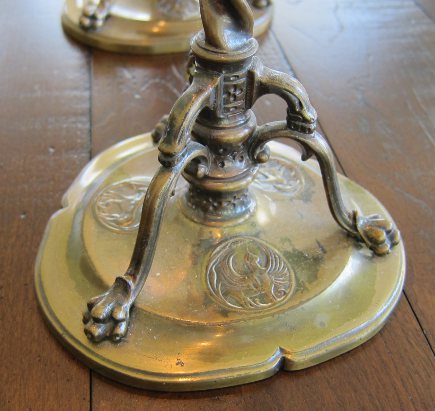 The irregular bases show a double tier of animal foot brackets (another late Victorian motif) and they are stamped with stylized animals representing the planets.

Several years went by. When Sotheby’s auction house first started their internet auctions, I was cheered by their acceptance in a sale. But they didn’t sell and the pieces were returned to me.  None of my siblings wanted them and they didn’t really work in my house. So for a long time,  they sat, all wrapped up in the back of a closet.

Historical fact: Louis Comfort Tiffany (1848-1933) founded both workshops that made our pieces. In 1902, he became the design director of Tiffany & Co., the jewelry store founded by his father.  Hence  the  natural confusion.

Today, internet auctions have fortunately and firmly established a global art market. Plus there’s been a slight revival of  interest in Tiffany pieces. So I decided to try again. Photographs sent to an auction house last week received a positive reaction. So our pieces will  be offered again. Perhaps our Mom’s vision of their worth finally will be validated, though I doubt it.  Meanwhile, their departure will create space and help transform my house into a more sublimely tranquil place.