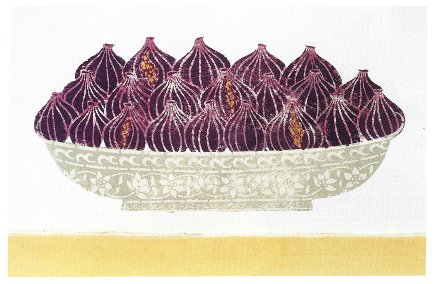 When magazines tried to launch a Honeysuckle pink wall-color trend last year it fell flat.  But pink is always around in some form and nowhere does it look more natural than in this time-worn 400-year-old Anglo-Indian style house in Rajasthan. There, British-born designer Bronywn Latif, who decorated the guest bungalows on India’s Glenburn Tea Estate,  has created an eccentric and very personal décor that mixes some English-style furniture with Indian motifs and materials. 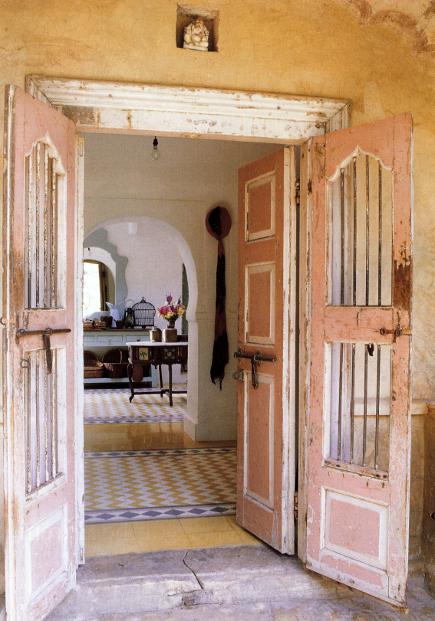 The entry boasts the type of chippy paint we love on a set of double doors. Overhead, in a niche, sits a statue of Ganesh, the Indian Lord of Success and destroyer of evil, who has an elephant head on a human body. Entry floors are composed of Indian cement tiles arranged in rug-like patterns with lively borders. 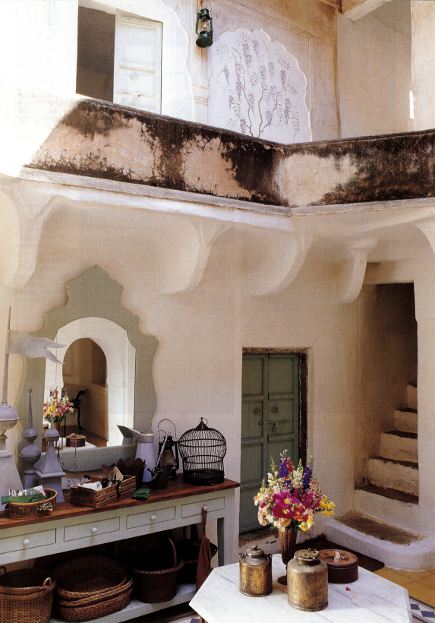 The two-story entry hall houses a green-painted English style console that looks to be straight out of a contemporary kitchen and reminds me of 1940s jadeite classic dishware hues. Those were often displayed in opposing colors such as pink and green. The companion mirror to the console echoes the shape of the shallow niche on the upper balcony wall that frames a graceful stencil of wisteria branches. 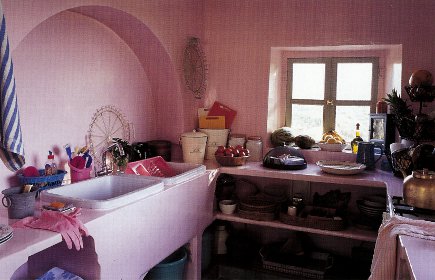 Like so many kitchens in country houses, this one has basic fixtures like the twin sinks, an old-fashioned range and open built-ins below the counters. Painting all the surfaces in bubble gum  epoxy with a shiny finish makes it so blinkingly vibrant that details blend. 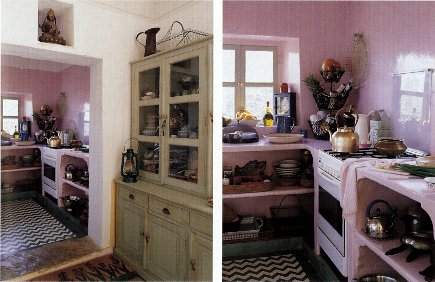 The wall color is almost overwhelming until you notice the dark green and white chevron pattern of the kitchen floor done in Indian-made cement tiles – an unexpected balance for those walls. This type matte tile was widely used for flooring during the 19th century in England and America in  a great variety of banded patterns that are just being rediscovered. The English-style hutch [left] is Indian made. 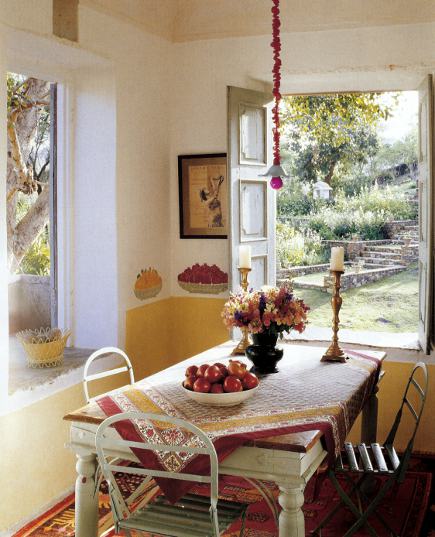 The leitmotif of the house is to be found in the breakfast room, where stencils of food such as the bowl of figs [top] were inspired by designs in the Topkapi Palace in Istanbul, Turkey. Painted in the white area above the colored dado they seem to float in the space much the same way forms tend to do on wall decoration painted during the Roman era in Pompeii. 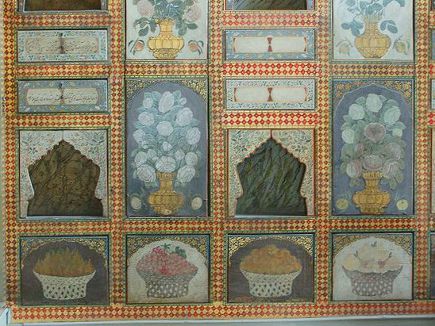 The Fruit Room of Ahmet III in Topkapi has elaborate decoration, including bowls of fruit in the bottom row of panels. 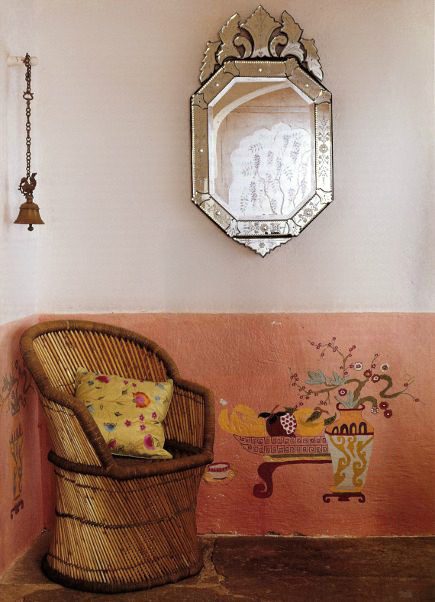 In a corner of the dining room, there are more fruit and floral stencil designs in the Jaipur-pink dado. These motifs are taken from a rug. The elaborate Venetian mirror hanging nearby the native bamboo chair reflects the wisteria stencil on the balcony of this extraordinary house.