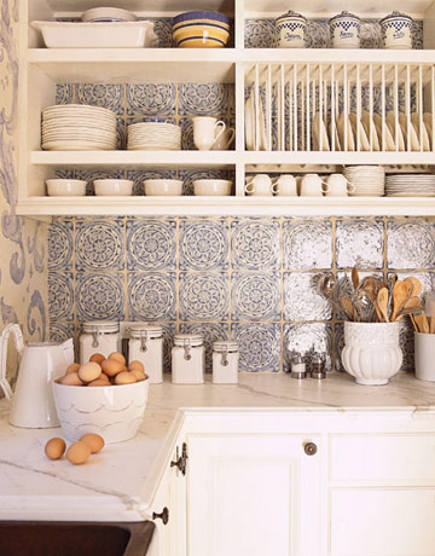 Will blue-and-white Delft tile always endure? I keep expecting to read that it’s passé. Not!

Instead, iconic cobalt blue-and-white Dutch Delft tile continues to be chosen for kitchens whether the ceramics are made in Morocco, Texas, France or The Netherlands. While the look screams ‘traditional’ it always feels fresh. Plus, there are so many variations in the motifs – including genre figures, animals, florals, abstracts, geometrics, landscapes, Chinoiserie – it works with a majority of architectural and cabinet styles.

The all-over pattern of abstract floral blue-and-white tiles [top] marries well with a marble counter and the blue-and-white arabesque design on an adjacent wall. The abstraction and repetition give it a modern air (even though it’s not). 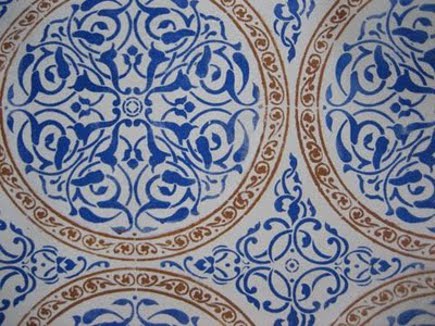 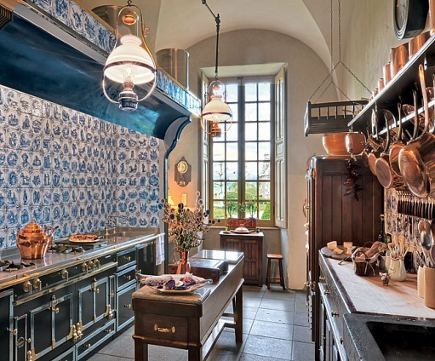 A big wall of figural Delft tiles was used behind the huge, black La Cornue range in this glamorous French kitchen, which also boasts a beautiful copper batterie.  Figural tiles like these are found in historic buildings. 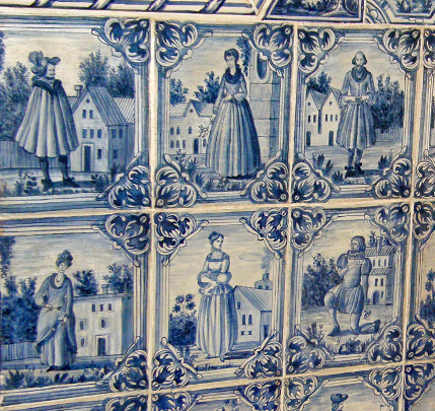 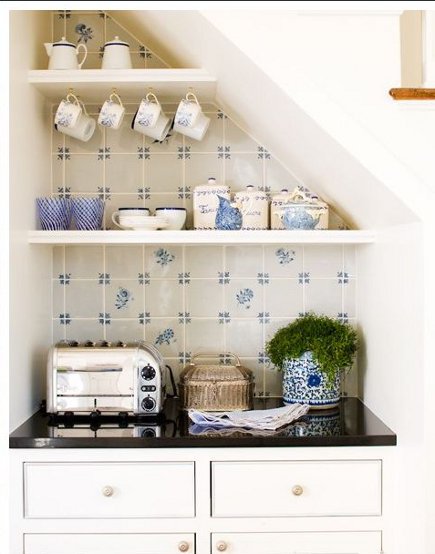 Blue-and-white tiles with delicate flower and animal motifs are the theme for a backsplash by New York designer Sara Gilbane in a kitchen that mixes blue-and-white with black-and white. 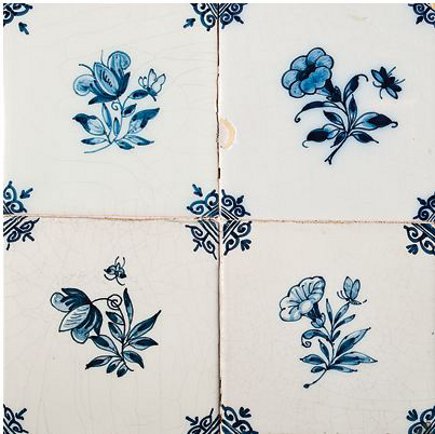 Country Floors has a charming collection of this style from Royal Makkum, the Dutch company which has made tile with floral motifs since the 17th century at Makkum, in the province of Friesland. 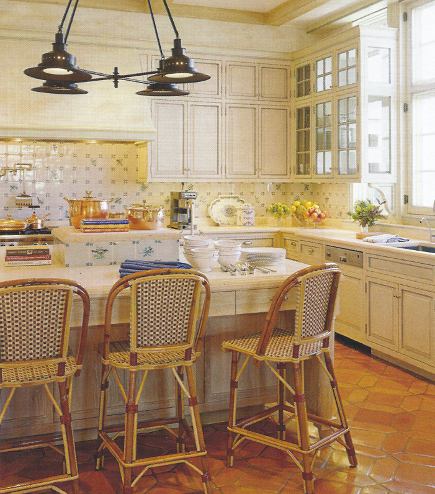 Another kitchen, featuring with Royal Makkum bird tiles, takes things in a less precious direction by way of a rustic quarry tile floor and French bistro bar stools that add a golden glow of warmth to all the cool white.

Undoubtedly, Impressionist painter Claude Monet’s Giverny Kitchen is the most celebrated and admired examplar of blue-and-white. Monet was intimately involved in the design and running of his home which still inspires contemporary copies – such as French-made Cuisine de Monetreplica tiles sold by Pavé, a Massachusetts tile and stone supplier. Another exuberant use of blue-and-white is designer Howard Slatkin’s elaborate Delft Tile Ceiling Kitchen in New York City.