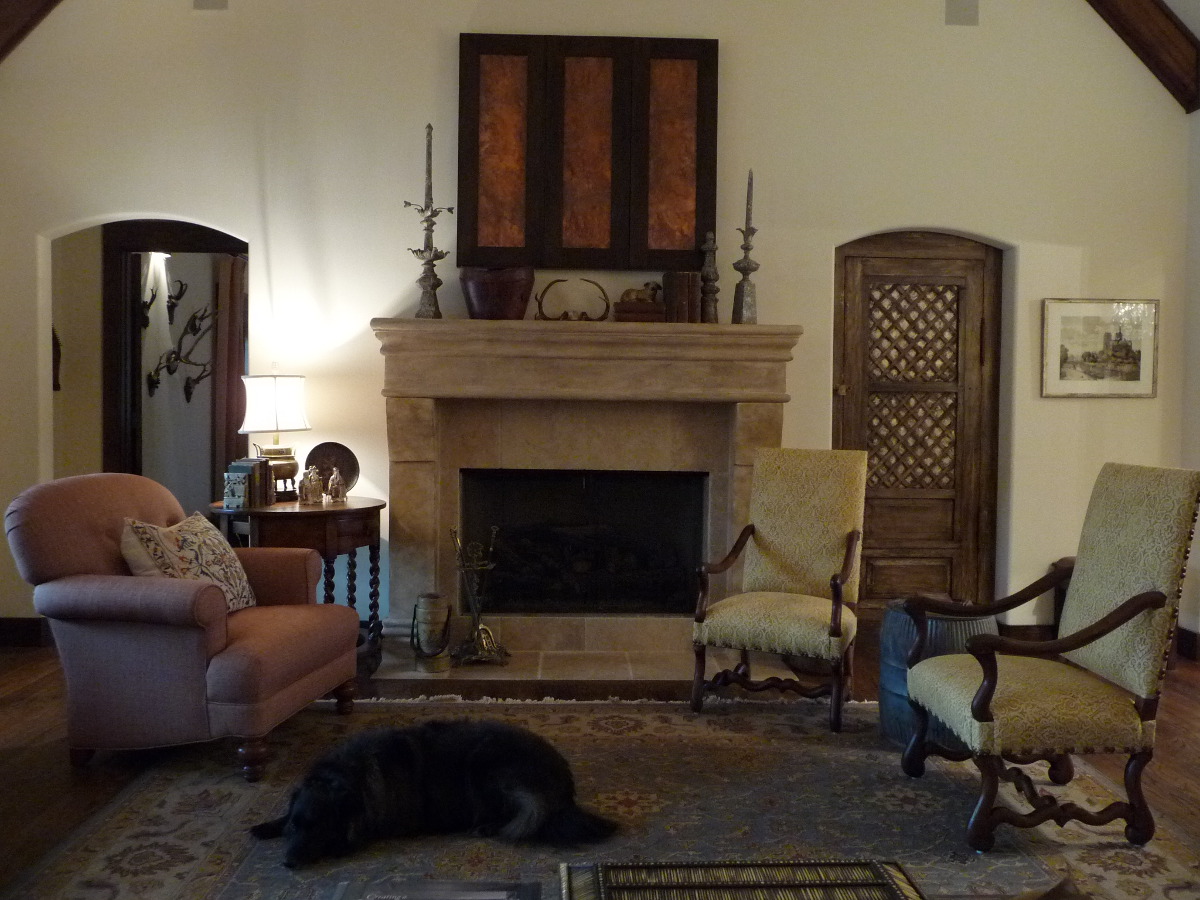 How detailed exterior vintage wooden shutters can be remade for interior use.

After I shared my search for os de mouton chairs, I received several emails asking about the vintage wooden shutters door to the right of our fireplace.  The space was originally intended to be a guest coat closet.  Since we were able to add a closet to our back hallway, we had another use in mind for this space.  It was replaced with concealed shelving – a place to charge the remote, hide bulky electronic equipment and provide DVD storage. 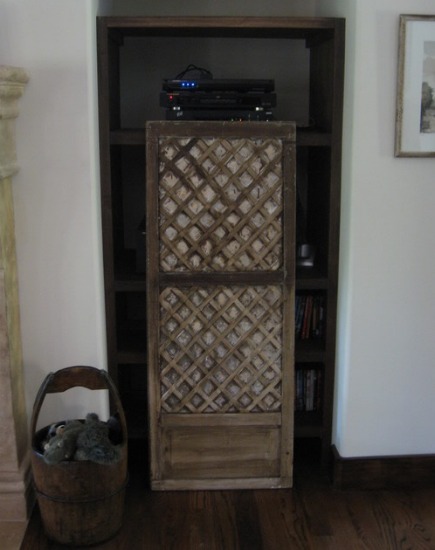 I’m only a tad embarrassed to say the niche was left doorless for over a year while I pondered how to cover the television over the fireplace – thinking it should be decided on first.  But when I saw the vintage tin and wood shutter, I knew it was perfect.  Luckily I knew two carpenters who could easily make it into a door.  A second raised panel was added to the bottom for height and a simple wooden latch keeps the door closed.  During construction, the baseboard was continued around the room so that the door would be in the wall itself (in other words, not touching the floor as regular interior doors do). 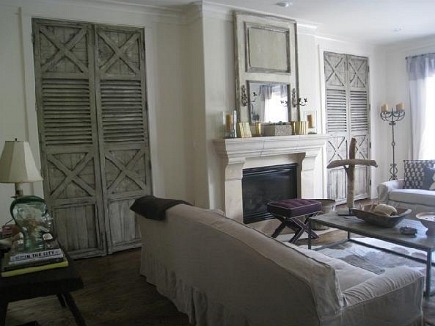 Here two pair of shutters were made into doors on either side of the fireplace.  I imagine the spaces are not only used for electronics, but games, toys and all those other items that find their way into our homes. 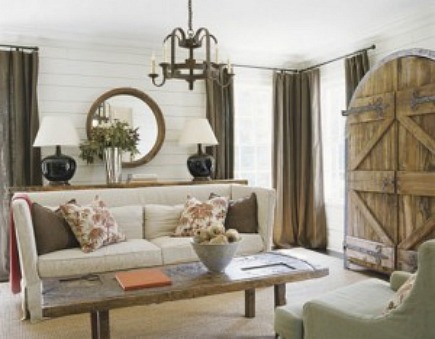 Aged wood and heavy wrought iron hinges adorn this pair of doors that were fashioned into an armoire. 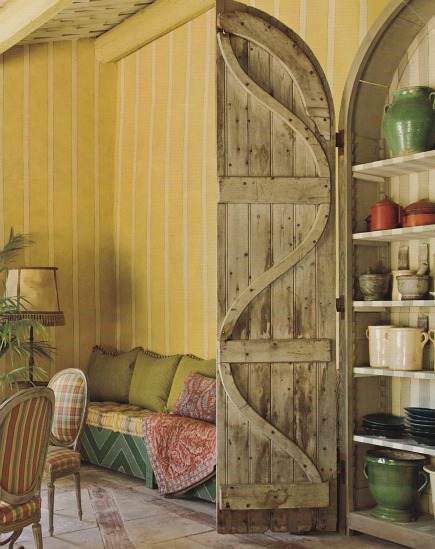 When I saw this picture in a magazine, I immediately thought I had run across the same armoire as above, but opened.  I rummaged through my files and realized the rooms were not even similar.  Goes to show you that my eyes were drawn to the repurposed doors instead of the room.  These vintage pieces have aged gracefully and been given new life inside our homes.  Something the original craftsmen would not have considered, but would surely make them smile.

For other repurposing ideas, be sure to read Classic Trends in Decorating and Repurposed Shelving.