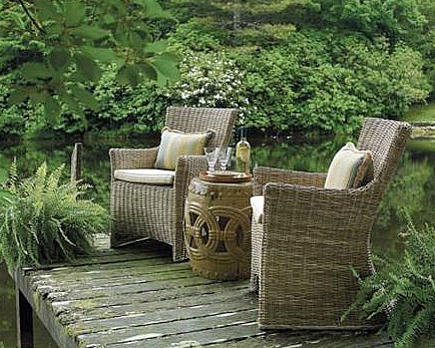 A Chinese-style garden seat can be used singly or in a pair and come in many designs and colors.

My search for a special garden seat began after I saw an old Chinese pair at an auction preview. Those sparked  my initial interest and then I began noticing how the seats were placed in rooms  — indoors and out. Garden seat decoration is varied and can affect how they are used — bench, table, sculpture, or pedestal. Raised ceramic nail heads, a pierced center or rounded top can be problematic if a seat is to function as a small table next to a chair, which is what I wanted mine to do. Older garden seats, which I tend to favor, often come in pairs. I didn’t need two. I wanted a certain size and I wanted blue and white. It quickly became clear that anything old or very fine was out of my price range. 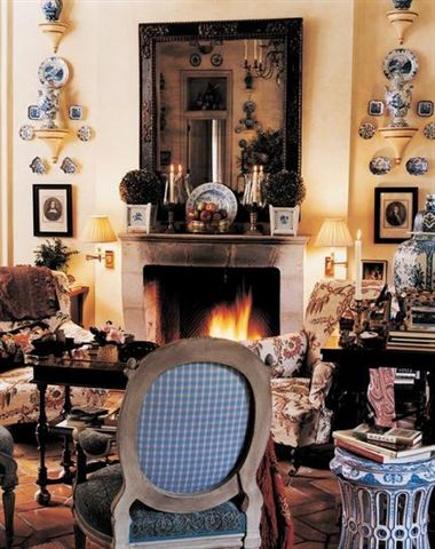 I loved the pierced blue and white Dutch Delft garden seat (right of chair) in designer David Easton’s living room at Balderbrae but that one sold for $2250 at Doyle’s New York. 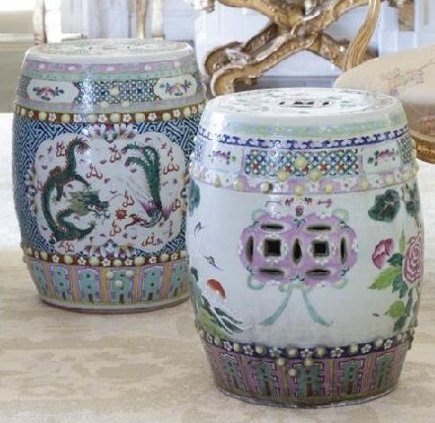 Then there are styles and colors which include the traditional Chinese celadon green, pieces done in blue-and-white Asian designs,  and the “famille” (family) colorways — green (vert) rose (pink) and yellow (jaune) which can be as elaborately beautiful as this excellent late 19th Century famille rose pair.

While I love green (celadon porcelain is a favorite and the color of my vintage Limoges china), I needed a  blue and white garden seat with deep indigo coloring. During the hunt I kept looking online and off, usually in auctions. 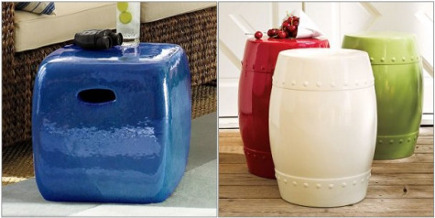 There weren’t many around until a few in bright colors suddenly appeared in a Pottery Barn catalog as hint of Asian inspiration. 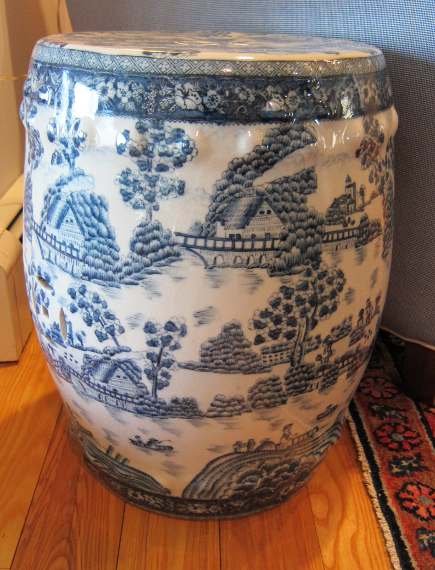 Finally, I spotted “the one, ” in an auction in Houston. It had the vivid blue and white of the Easton seat, the barrel shape I wanted and the feel of a Delft piece. The decoration was sort of Chinese but not exactly. After examining the photos and researching the mark on the bottom, I realized it was vintage — probably from the mid-20th Century – made by the United Wilson Porcelain Factory (Hong Kong), likely for the American market. My blue and white stool is not exactly an heirloom but perfect for my house. Buying something online always has an element of risk, but I was lucky. 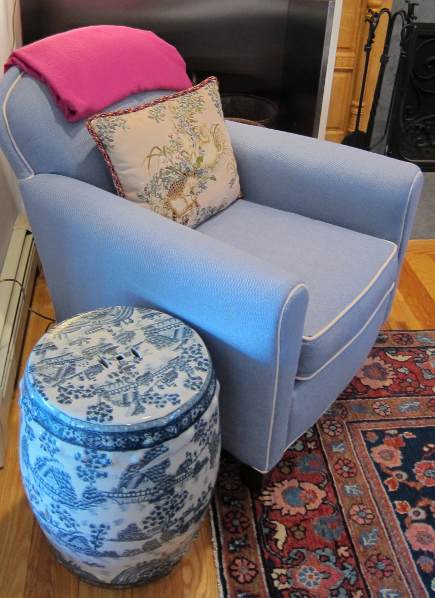 Here’s how I use it –next to the easy chair in our TV room, where it blends with the Oriental carpet, too.

Modern, non-Asian pieces often feature non-traditional colors and metallic glazes. The variety of styles can be truly dazzling. Today, I found 21 at Horchow, 9 at Wisteria and 3 at Ballard Designs. However, the most extensive selection, hands down,  is at instyle-decor, which has dozens in every style, color, glaze and configuration — at least for now.