You are here: Home / Decor / Rooms / For Kids / Designer Rooms for Kids 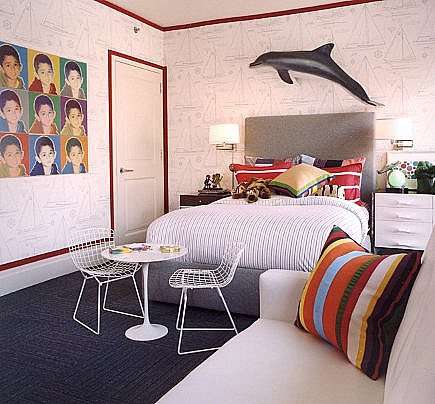 Designers across the country are applying their talents to rooms for kids — spaces that work for little ones without breaking design stride with the rest of the house. That often means an absence of clutter, happy color, and cute — but not saccharine — accessories and fixtures. In each case, a helping of grown-up touches are mixed in — one clue to a pro’s hand at work but a welcome source of ideas for DIY design-conscious Moms.

Personalized but not theme-y, this great boy’s room [top] by New York designer Robert Passal tells a story of the child’s interests – boats (on the wallpaper) fishing (totem over the bed) and there’s a fun Warhol-style repeated image of the child used as art. Most kid’s rooms don’t have white sofas or Saarinen tables and chairs – though the designer could argue that taste-making begins at an early age. 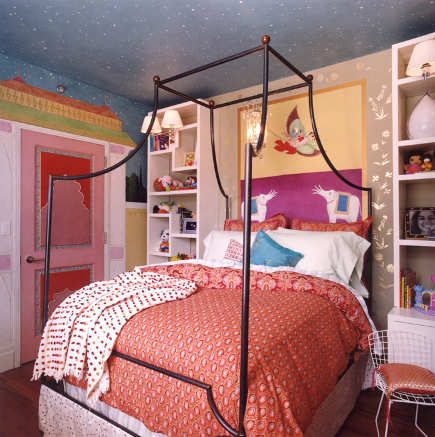 In the same house, the little girl’s bedroom is a delicious fantasy. Everything from the Indian tent-motifs on the painted walls and door, to the starlight ceiling and  iron canopy bed with its cushy duvet are pure eye candy. Bookcase-mounted brass sconces (at adult height) and another mini-Saarinen seat show off professional flourishes. 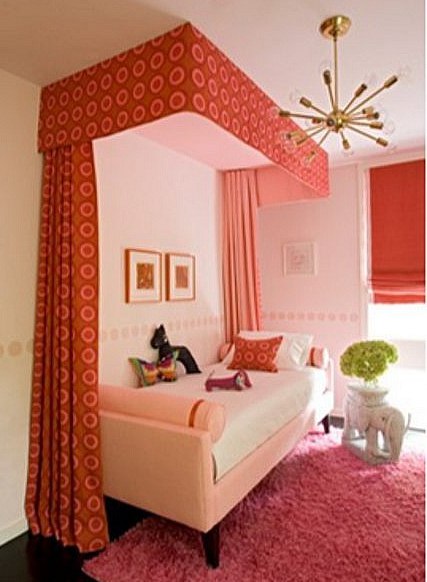 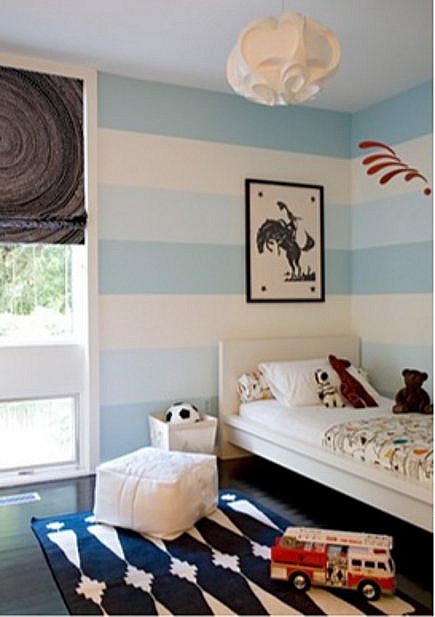 For the little man of the house stripes are a logical choice. The boldly horizontal bands of color Hranowsky picked add a lot of energy, too. Again, the designer turns to rug and light fixture picks that are anything but kiddish — the navy-and-white dhurrie could easily be moved to Mom’s study along with the Danish Le Klint pendant. 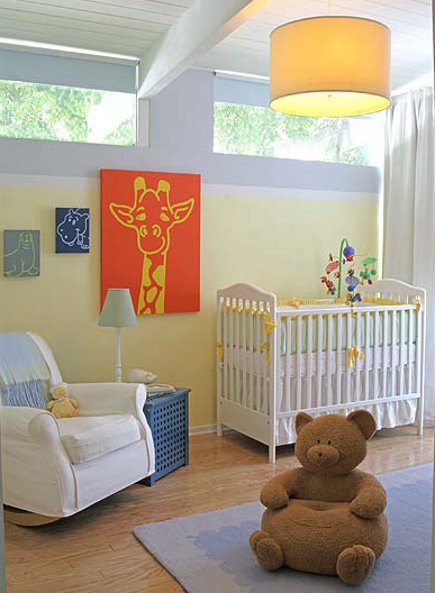 For a gender-neutral infant’s room, L.A.’s Molly Luetkemeyer chose a serious  barrel-shade light fixture and a modern rug in a hue and style that should last through to grade 12!  As baby grows up, the bed, rocker and art can be switched out as needed.