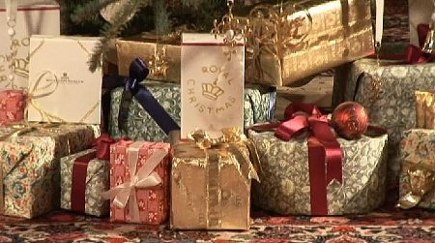 Tables from 2008 Castles and Estates at the Royal Copenhagen flagship store.

Royal Copenhagen, the iconic Danish porcelain manufacturer asked noble ladies to create holiday tables that represent their own stately homes which have historic importance in Denmark. We’re visiting these at the annual event at the brand’s Copenhagen store. 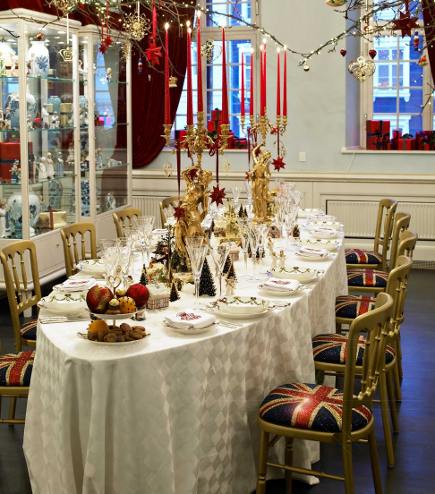 Christmas table – Valdemar’s Castle. Baroness Caroline Fleming draped her table with a white cloth and set up a  winter snow scene in the center along with gilded candelabra and red candles. The antique chairs were redone with Union Jack seats, a reference to her ties to England. Valdemar’s Castle is a historic private home now open to the public. 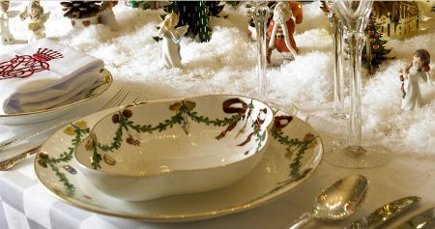 Napkins with the Baroness’ personal monogram were used along with Royal Copenhagen’s Star Fluted Christmas dishes. 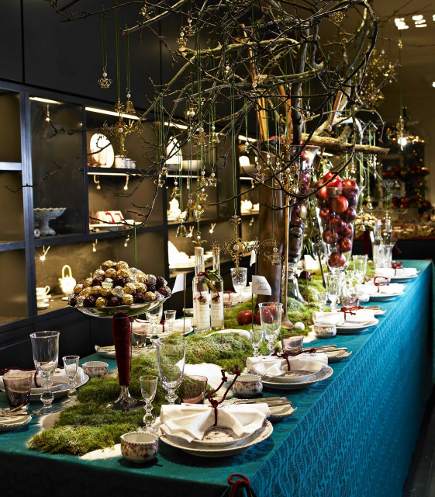 Christmas table – Gyldensteen Manor. Gyldensteen is a Renaissance mansion and home to  a famous golf club in Denmark. This table, set for a Christmas lunch, features a putting green running down its length with golf clubs at the center, along with onions for which the estate is famous. 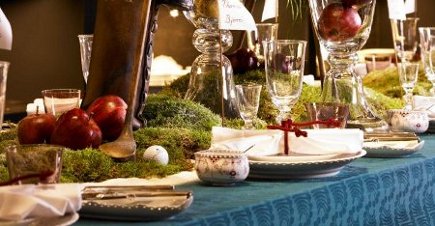 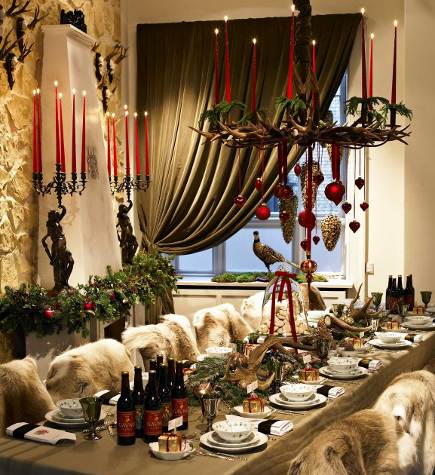 Christmas table – Gavnø Manor. Gavnø was once a major fortress and home to a Danish king. Famous for its paintings and rose garden, it also produces its own beer. This table has a hunting theme, with reindeer skins on the chairs, Gavnø beer on the table and and antlers along the table and a cookie-filled cloche. 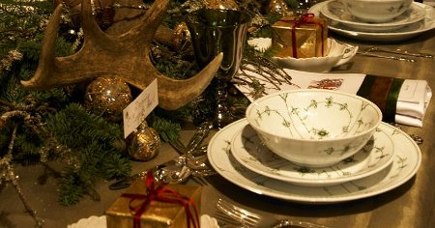 The table is set with Royal Copenhagen white half-lace and fluted plain china.