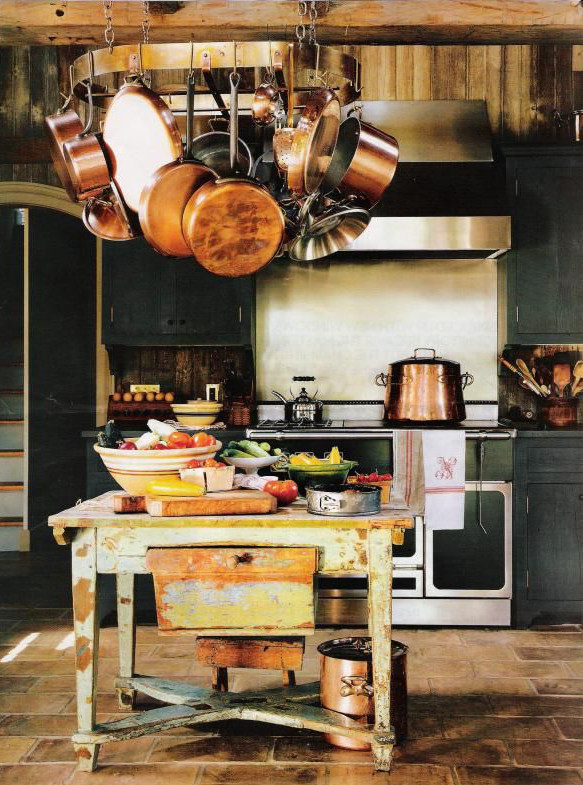 Salvaged barn wood walls give a well-worn look to a Long Island kitchen.

Barn wood has always been an inspiration for houses on the east end of New York’s Long Island. That land — now known as the Hamptons — was mainly potato farms in the first half of the 20th century. And while many of the older Hamptons homes have been glamorized and modernized, there are some historic treasures left, many small cottages. Really old Long Island houses are often small, with low ceilings and steep stairways (like the one to the  left of the kitchen table in this photo). Then there are the kitchens, usually small and often as quirky as this one. It’s impossible to ID this range but it’s French and has an extensive simmer plate. Cabinets made from reclaimed wood in this kitchen are black painted — essentially painted out. Barn wood is used for the backsplash and on the soffits. So the kitchen has a dark look but one that’s totally unique. An antique bakery table adds tons of gently aged atmosphere. But the large pot rack, suspended from ceiling beams by chains, holds well used copper cookware that was a staple in kitchens during the 1970s.