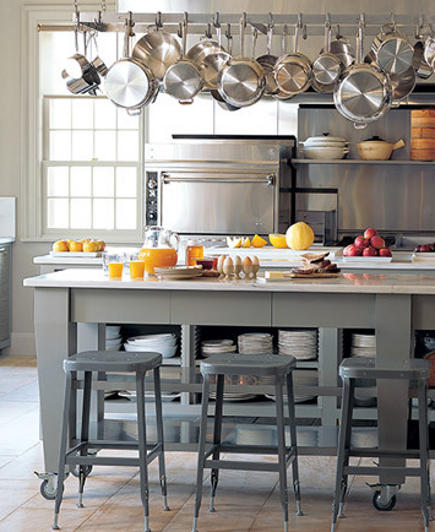 The gray kitchen Martha Stewart built in her Bedford, NY home has been officially sampled. In the music biz, producers and composers often use clips and bits of well known songs in new compositions. The practice, called “sampling,” is widespread and artists acknowledge it. In the design world, the same process is called inspiration. We bloggers salt posts with it on a daily basis since making connections between influential designs in our portfolios. So I thought I would sketch out  some similarities I observed between Martha Stewart’s gray kitchen at her farm near posh Bedford, New York, and Houston decorator Sally’s Wheat’s much-lauded gray kitchen — especially since this color trend is picking up steam as an alternative to white’s-always-right. 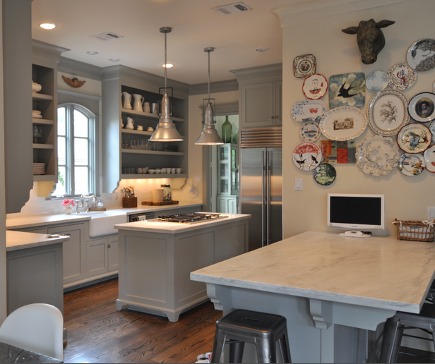 Sally Wheat and her kitchen rocketed to internet and subsequent magazine stardom following a pair of extensive, photo-driven house tours on Côte de Texas, the popular Houston-based blog, during 2008-09. Her use of Benjamin Moore’s Fieldstone Gray as the colorway  [above] became blog “news” and an object of significant drooling as photos  ricocheted around public internet forums and flickr photosets.

While the Wheat house and kitchen was described in articles as Belgian-inspired, Ms. Stewart’s tilts toward New England.  Yet details of the Wheat kitchen appear to directly connect to Stewart’s — beginning with the general color to the  white marble countertops, open shelving with brackets and even the bar stools.  Nothing wrong with that, of course.

The principal color of Martha’s Stewart’s Texas-size kitchen –  some 750-square feet — is her own hometown Bedford Gray paint, previously by Valspar and now in her line at Home Depot. That hue launched the trend and has remained a force in taking gray as a kitchen color from dreary to dreamy.  Then along came Sally, as the photos detail. 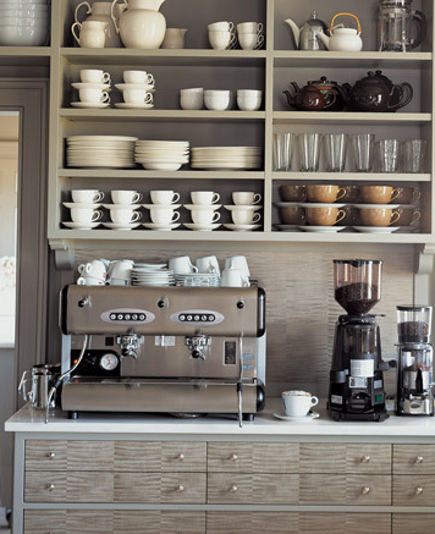 Open shelves over Martha Stewart’s coffee bar supported by decorative wooden brackets in a style found elsewhere at her farm. 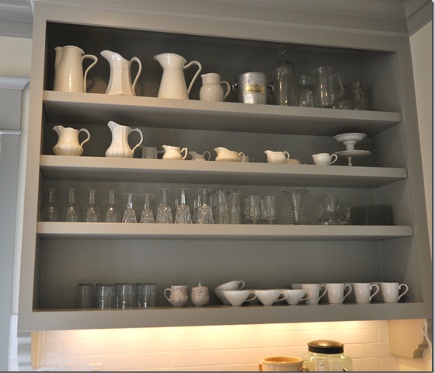 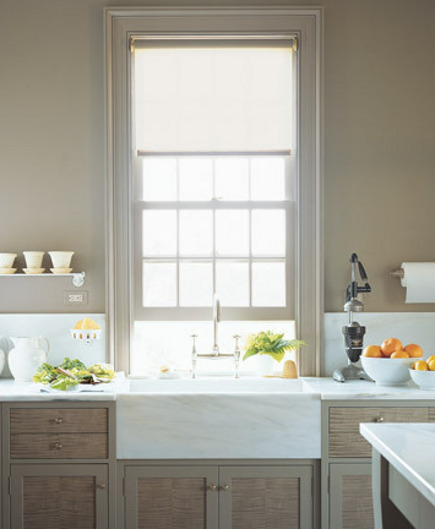 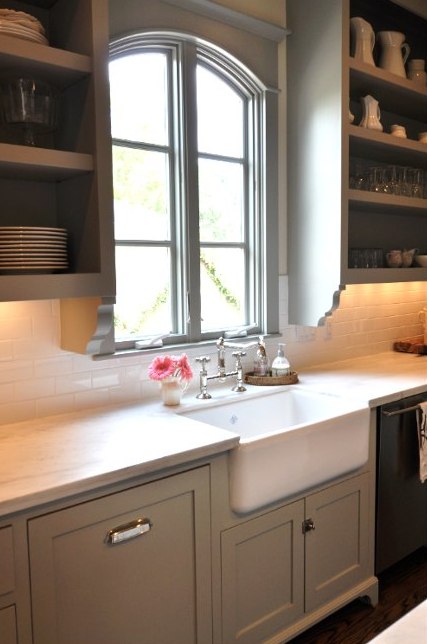