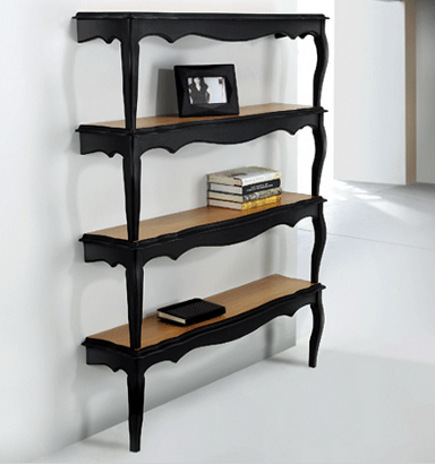 To be focal points today bookcases needs to be colorful or unusually designed.

I started thinking about bookcases after a hilarious lurker-read about color-neutering books by wrapping them in brown paper or flipping them so the spines face in and the vanilla pages take over. The first idea reminded me of junior high when pervy boys would order dirty books in “plain brown wrappers.” The flipping business came from a blogger’s “cheap trick” idea and works for anyone embarking on library pacification – although I’d suggest spray paint or modge-podge as alternate remedies. Why go halfway?

Then there’s the designer approach: change the shelves.  That took root for me after seeing Matt Carr’s Biblioteca bookshelf [top], inspired by two sawed-in-half vintage tables. Umbra retails this natural mahogany beauty with ebonized legs more reasonably than might be expected. 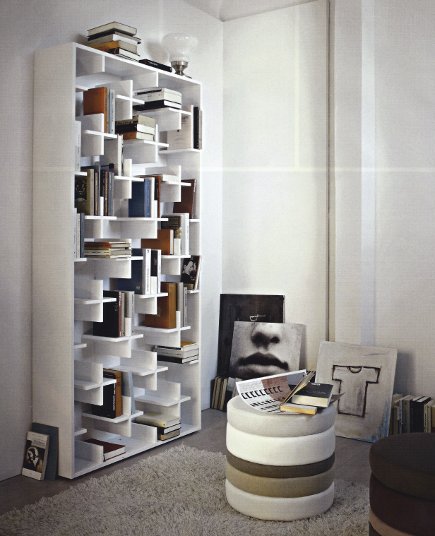 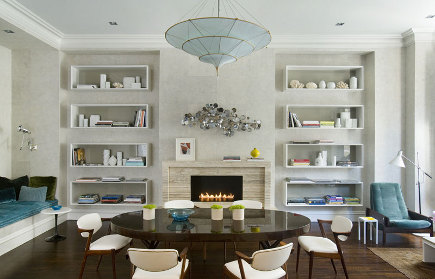 By reducing a book case to a stack of four “loop” shelves, and placing them in a niche on each side of the fireplace, Boston designer Frank Roop not only deconstructed the “case” but added distinctive architectural features to this living room. While objects and books clearly have been edited for colors that strictly tie in, it’s worth nothing how shape of the shelves frame certain objects while allowing others to float on top. Whether accessories should blend or pop is a separate discussion but I subscribe to the “got it, flaunt it” school of staging. 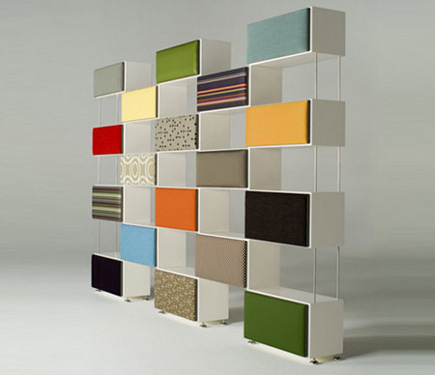 Working in The Netherlands, Michel Doyer Furniture Designs launched the Dekast range of modular plywood shelving defined by interchangeable Danish fabric panels that can customize the unit. Coordinate the colors and loops as you like. 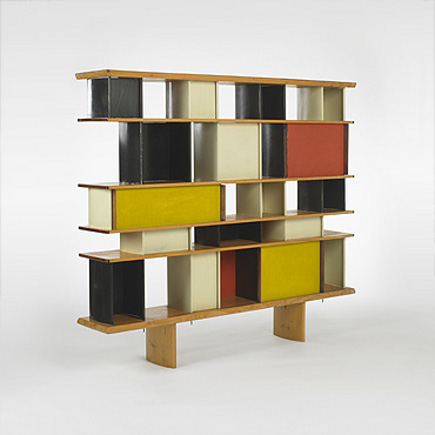 We couldn’t show the Dekast without out including it’s high-end granddaddy which some deep-pocketed fan gobbled up at auction back in 2007. More art than furniture, the enameled aluminum, white pine and mahogany Bookcase from the Jean Prouvé House of Mexico Workshop, ca. 1952, created by design icons Charlotte Perriand, Jean Prouvé and Sonia Delaunay is a mid-20th century masterpiece. As bombshells go, it’s strictly Sophia Vergara.