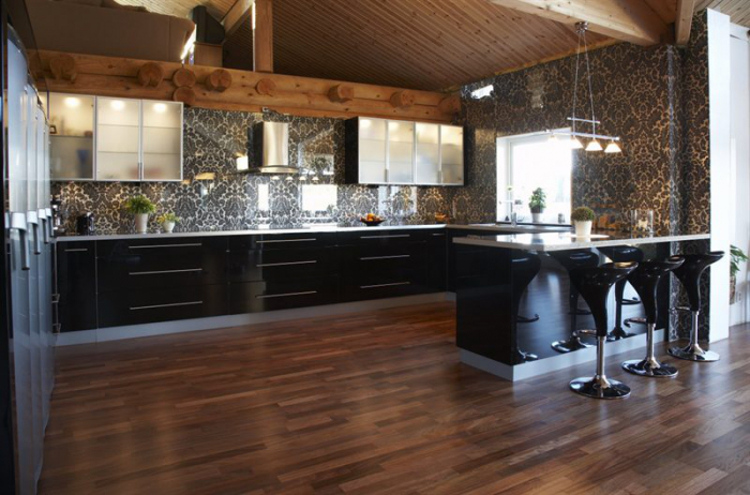 The designer’s maxim about dark colors is that they advance visually. That makes surfaces or objects look closer or more imposing and it why this kitchen in a grand log villa on the Swedish seacoast has such dramatic impact. But most of all, it’s the large scale damask tile pattern that’s the most memorable aspect of this kitchen because it’s so unusually bold. 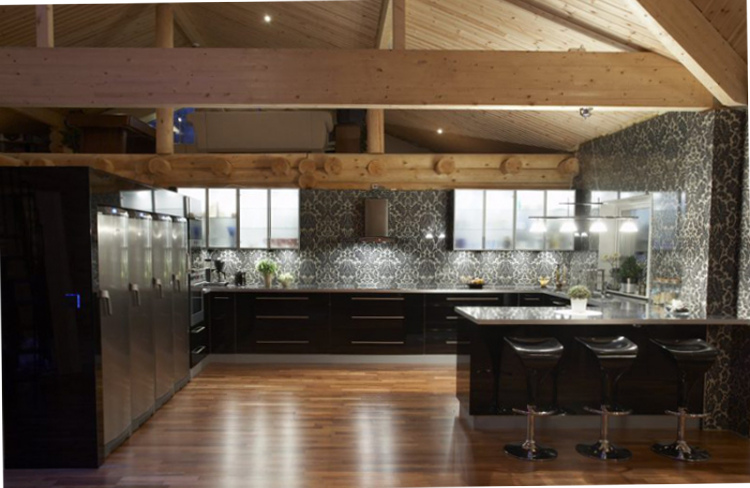 The kitchen sits at one end of a two-story great room with a natural wood cathedral ceiling, tall windows and intense light. While the dark scheme might seem severe, in Scandinavia the sun doesn’t fully set until nearly midnight during the summer months when the home would be most in use.

Although the overall effect is dark, actually only the lower cabinets are java-colored. Modern, with flat doors, architect’s nickel pulls, and a glossy (lacquer) finish, they are typical of many modern cabinet styles. Lighted upper cabinets, with aluminum frames and frosted glass, resemble what we see at Ikea. The vent hood appears to float on the patterned wall — perfectly centered in an open space between the upper cabinets and over the cooktop. The symmetry of the cabinets also line up perfectly with the ceiling beams. 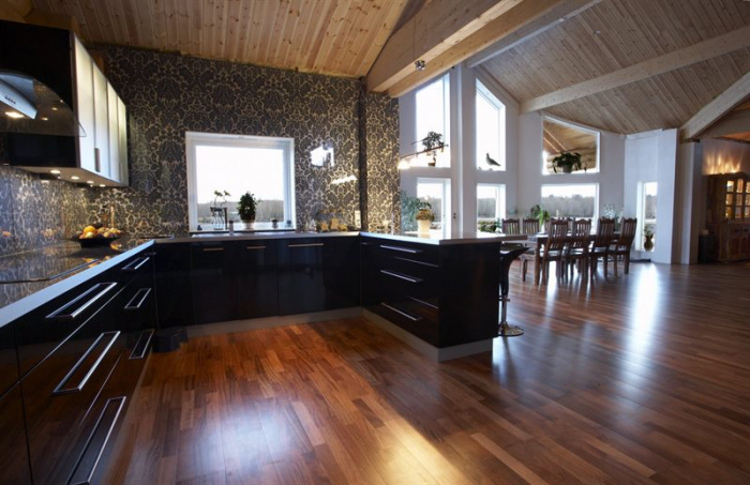 A picture window on one short end of the kitchen overlooks the ocean. The grand scale of the house is also evident from the windows in the dining area and it’s distance from the cooking center. 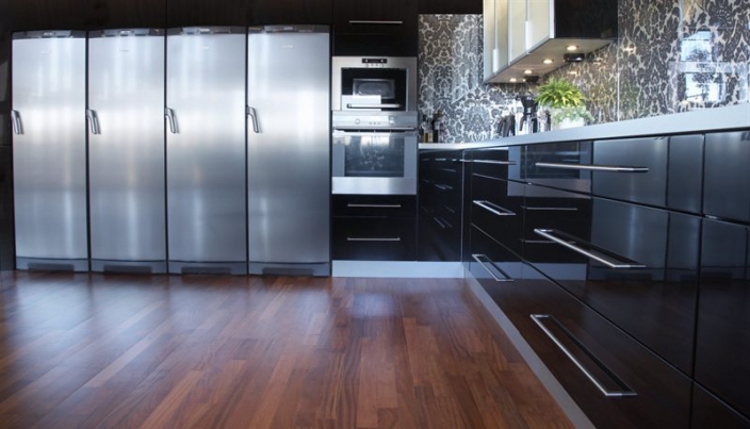 One quirk of this kitchen is the odd arrangement of refrigeration that looks like a series of athletic lockers. Because the house is large and likely used for entertaining, substantial refrigerator and freezer space is needed. There were installed side by side, restaurant style — and unfortunately next to the ovens.

Virtually all the kitchen walls are clad in brown-tone field tile from counter tops to ceiling — a treatment I call a “Euro-splash.” Damask patterns were considered positively moldy – the stuff of grandma’s table linens — until the motif rebounded a few years ago. Now they are chic, having been taken up mainly for wall coverings. Adjacent to the double-ovens is a wall of refrigeration. 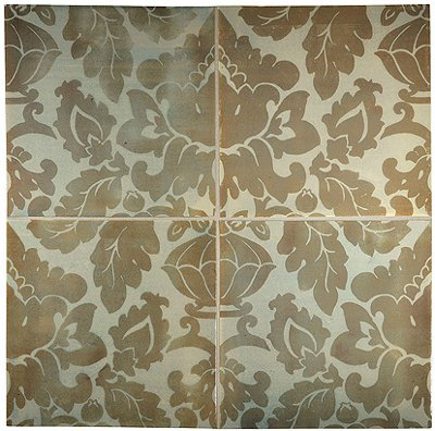 The field tile used is similar to this Tiepolo Tileworks Damask pattern from Complete Tile. 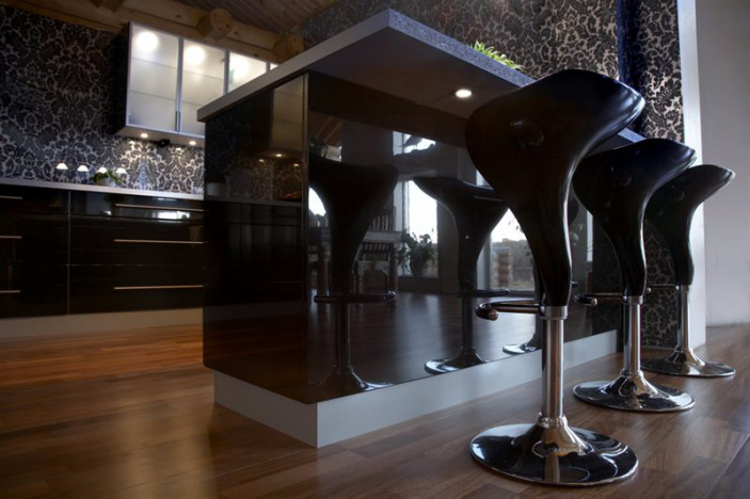 A trio of modern stools in the same dark-brown lacquer tones sit beneath an eating bar on one side.
The loft above the kitchen provides this bird’s eye view from above the rafters. 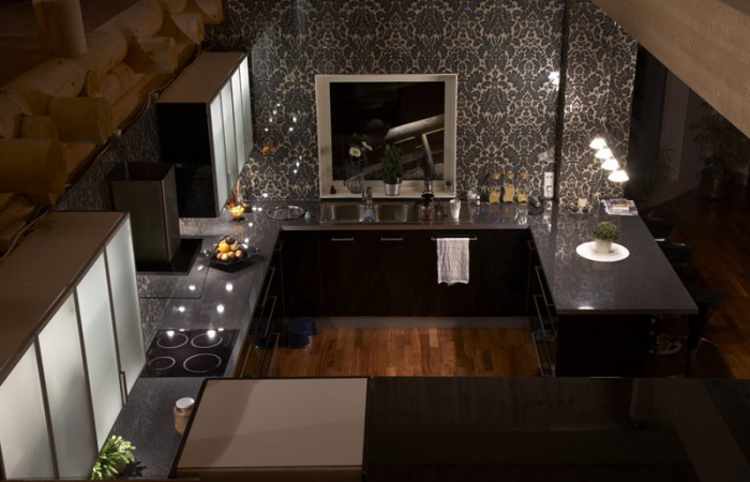 Looking down on the kitchen from the second floor  it’s easy to see the ceiling height and the scale of a house that seems to swallow up the large kitchen.