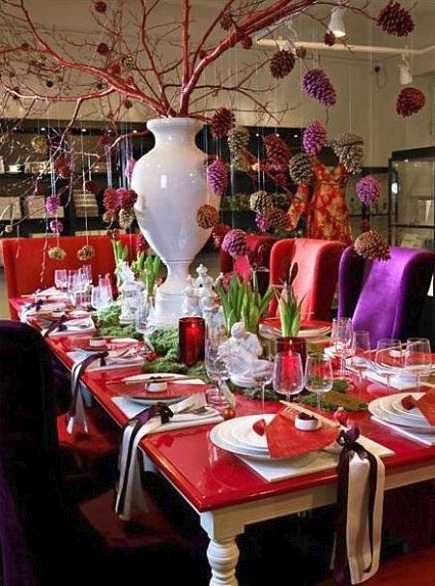 Each year Royal Copenhagen puts on a dazzling display of theme-decorated tables adorned with their legendary china.  This year’s inspiration comes from the magical fairytale ballet classic The Nutcracker.  Six actors and dancers from the Royal Danish Theatre have embellished a room and table based upon one of the many dances from this beloved Christmas performance. 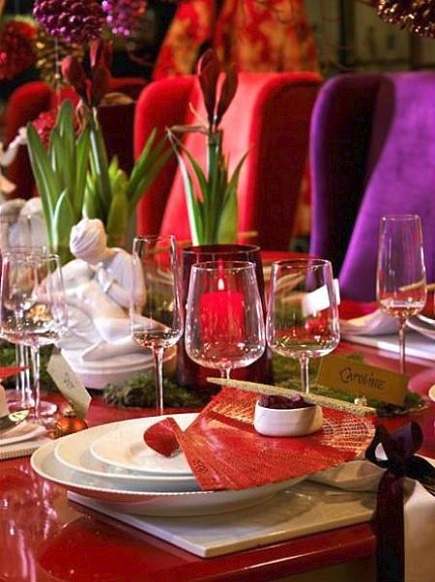 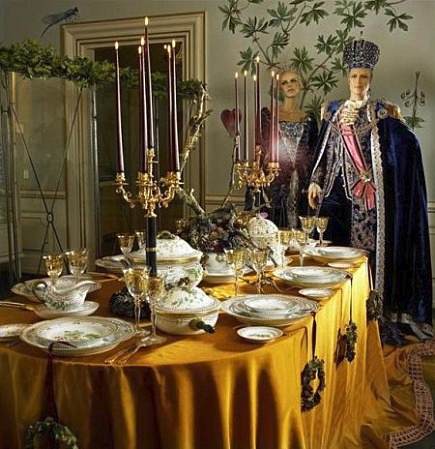 This captivating display is seeped in history.  The Tsar and Tsarina hold court at the end of the table, dressed in original costumes from the Royal Danish Theatre’s production of The Sleeping Beauty. Their royal blue costumes are bejeweled with pearls and precious stones. 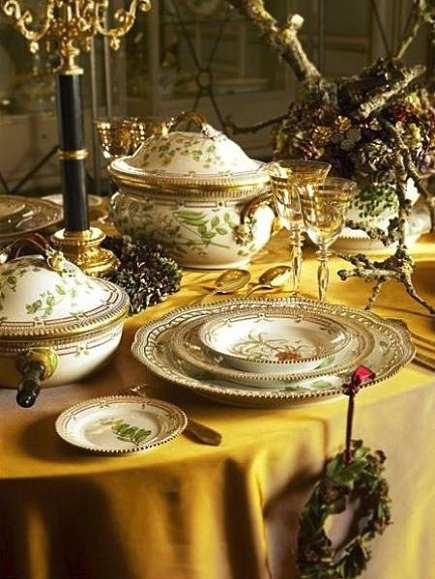 The table is set with hand-painted porcelain ice cream domes, tureens, bowls and dishes from “Flora Danica” which was introduced in 1790.  Originally created as a gift for Catherine the Great, Empress of Russia, it is still in production and used by the Danish Royal Family.  The service sits atop a bronze colored tablecloth from the Royal Danish Theatre. 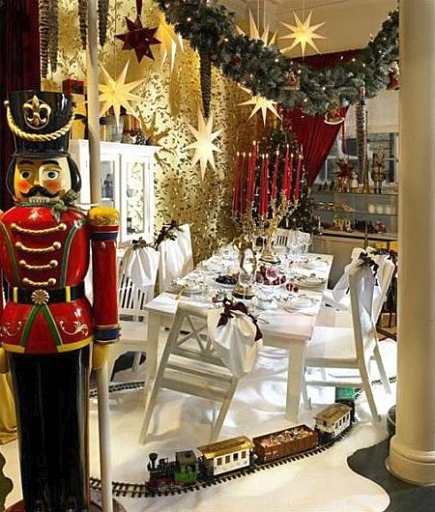 A life-sized nutcracker welcomes you to The Land of Sweets where a mechanical Royal Copenhagen train filled with goodies circles around the crooked table and chairs covered with sparkling sugar. 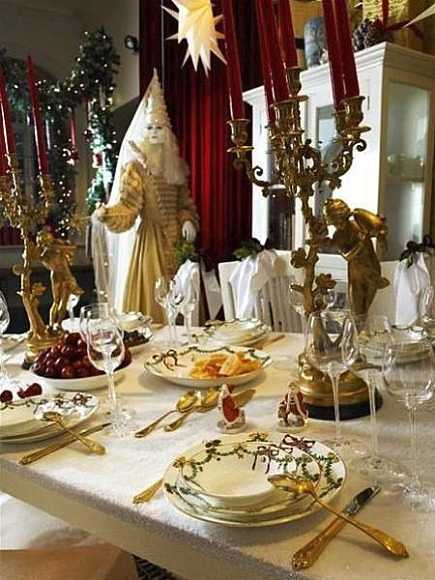 The Sugar Plum fairy is adorned with a pearl decorated dress in a rich shade of gold that matches the cutlery and candelabra.  This table for eight [above and below] is set with “Star Fluted Christmas” a classically decorated service featuring drums, trumpets, bows and branches of fir.