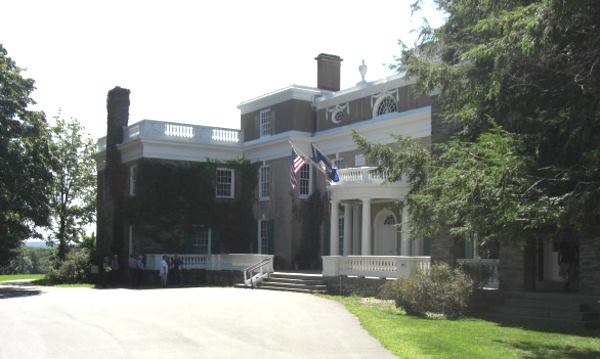 One of the pleasures of living in the Hudson Valley is the sense of history preserved by numerous historic houses. One favorite is Springwood, President Franklin Delano Roosevelt’s home and birthplace, in Hyde Park, N.Y. 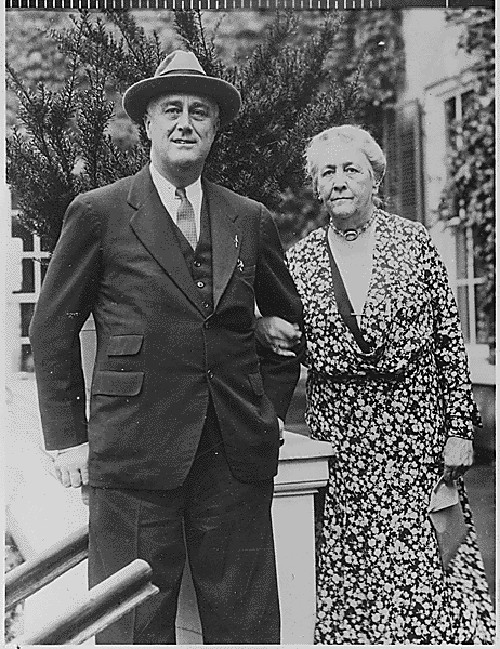 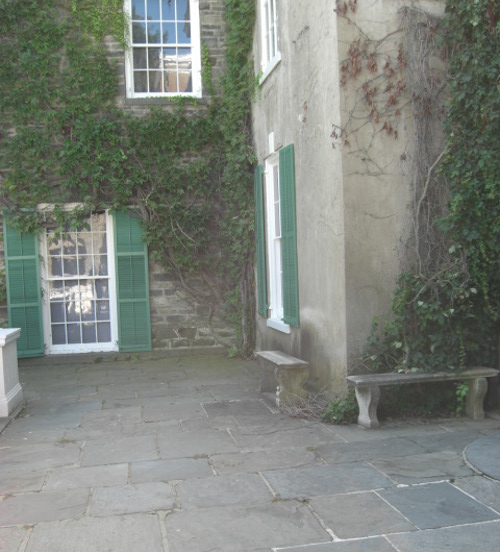 Mint green shutters are a signature color at Springwood and this traditional 19th century color is used on other stone houses in the Hudson Valley. Sara Roosevelt decorated the house in her taste, the dark style of the early 20th century. It’s hardly a showplace  — particularly compared to the neighboring Vanderbilt Mansion on the same road — even though the King and Queen of England stayed there during a visit.  It was viewed as the family’s beloved farm. Currently, it’s a bit sad to see it less than well preserved. 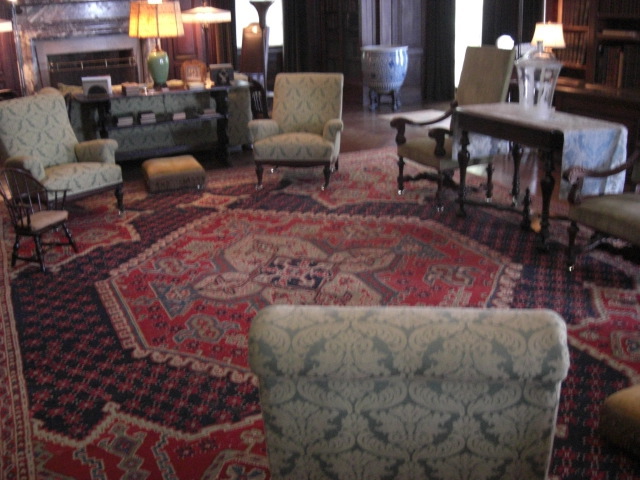 The first floor has a huge paneled library with a lovely rug and traditional furniture. A ramp was installed from the front hallway into the room to give the President access. 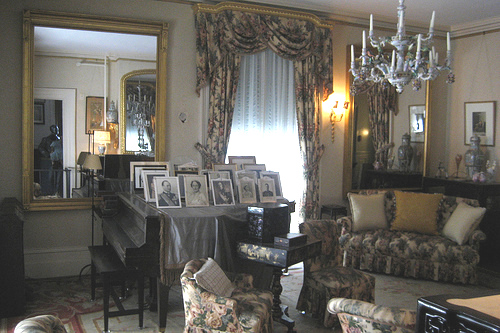 The music or Dresden room combines chintz, an Aubusson rug and Sara Delano Roosevelt’s Chinese ceramics. She lived in China as a child. It’s fascinating to see bedroom furnishings of this period. Some of the President’s clothes hang in his tiny closet, large rooms had very little light, and the stupendous views from the bluff overlooking the Hudson River were largely blocked out by layers of heavy curtains. 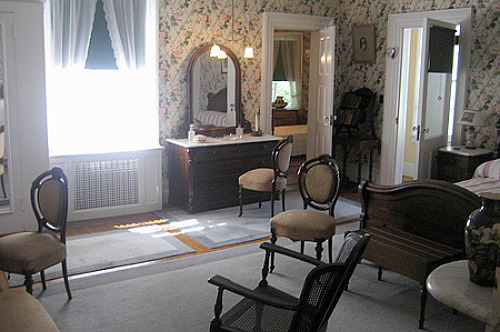 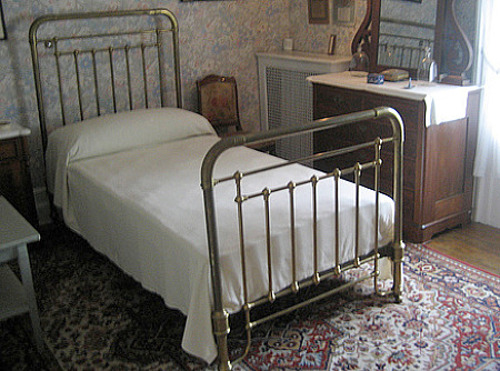 President Roosevelt’s boyhood room. It’s surprising to see how spare the furnishings were in the upstairs room of the house. 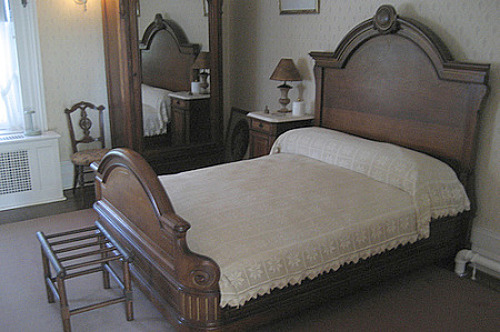 Sara Delano Roosevelt’s bed, where the President was born. Mrs. Roosevelt’s room is the largest upstairs bedroom by far, at the end of a narrow hallway. 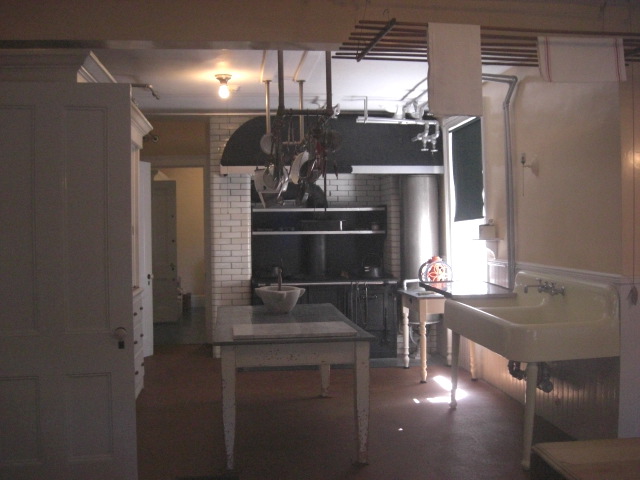 I snapped this rare view of the kitchen, recently refurbished, through a back window. It’s very much an early 20th century, or late Victorian type — unfitted, with a fuel-burning stove, free standing sink and a large refrigerator, which was kept cool with blocks of ice. The towel drying rack is also of that time though this type of rack, which can be raised and lowered, is still used in the U.K. 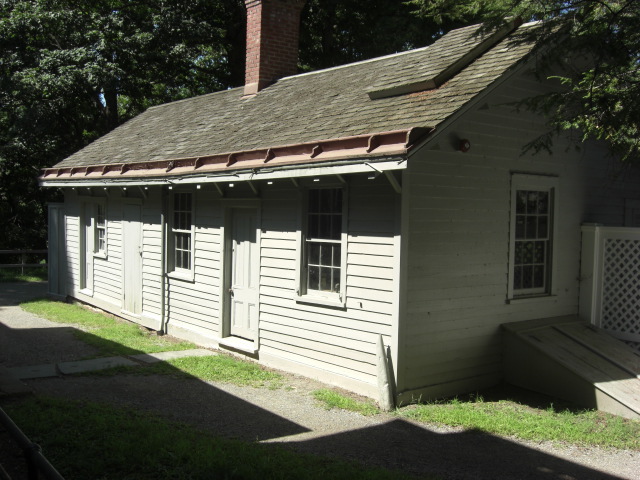 The laundry shed is just outside the back door of the main house. The laundry was a huge undertaking and had its own bulding. 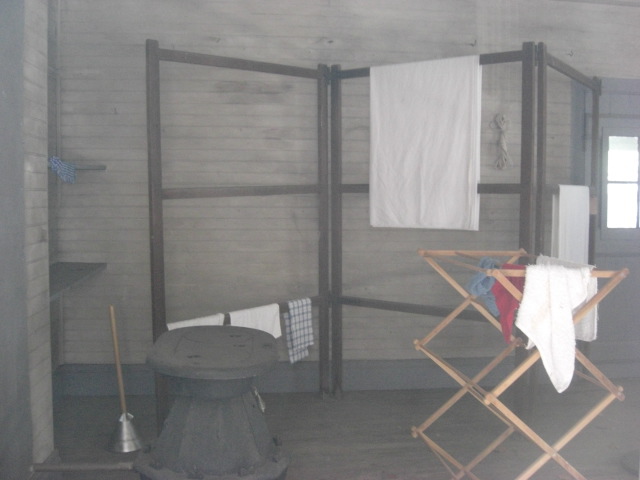 Another view through a window inside the laundry house in the days before electric or gas dryers. A good deal of space was needed for drying things. 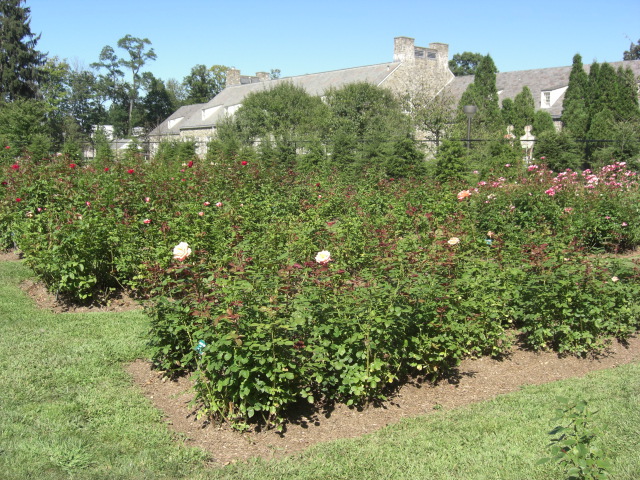 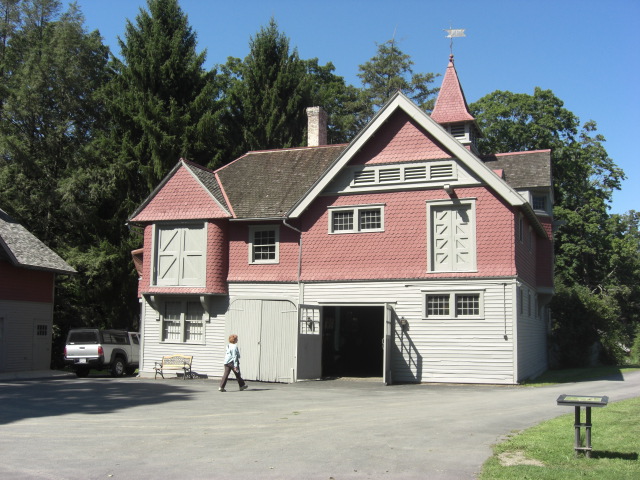 The stable housed race horses at Springwood. This was built in the Victorian style with decorative shingles, and a hardwood floor. Names of the horses remain inside on the elaborate stalls. 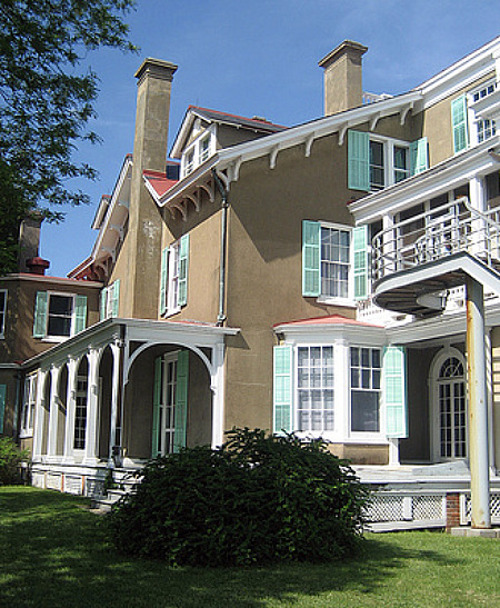 A rear view of Springwood which faces the Hudson River. The ramp from the second story is where the house tours exit.

One of my favorite books is an intimate glimpse of the life with the Roosevelts in the White House during World War II. Titled “No Ordinary Time,” it was written by Doris Kearns Goodwin more than a dozen years ago and anyone who is intrigued by Springwood and wishes to learn more might enjoy reading it as much as I did.