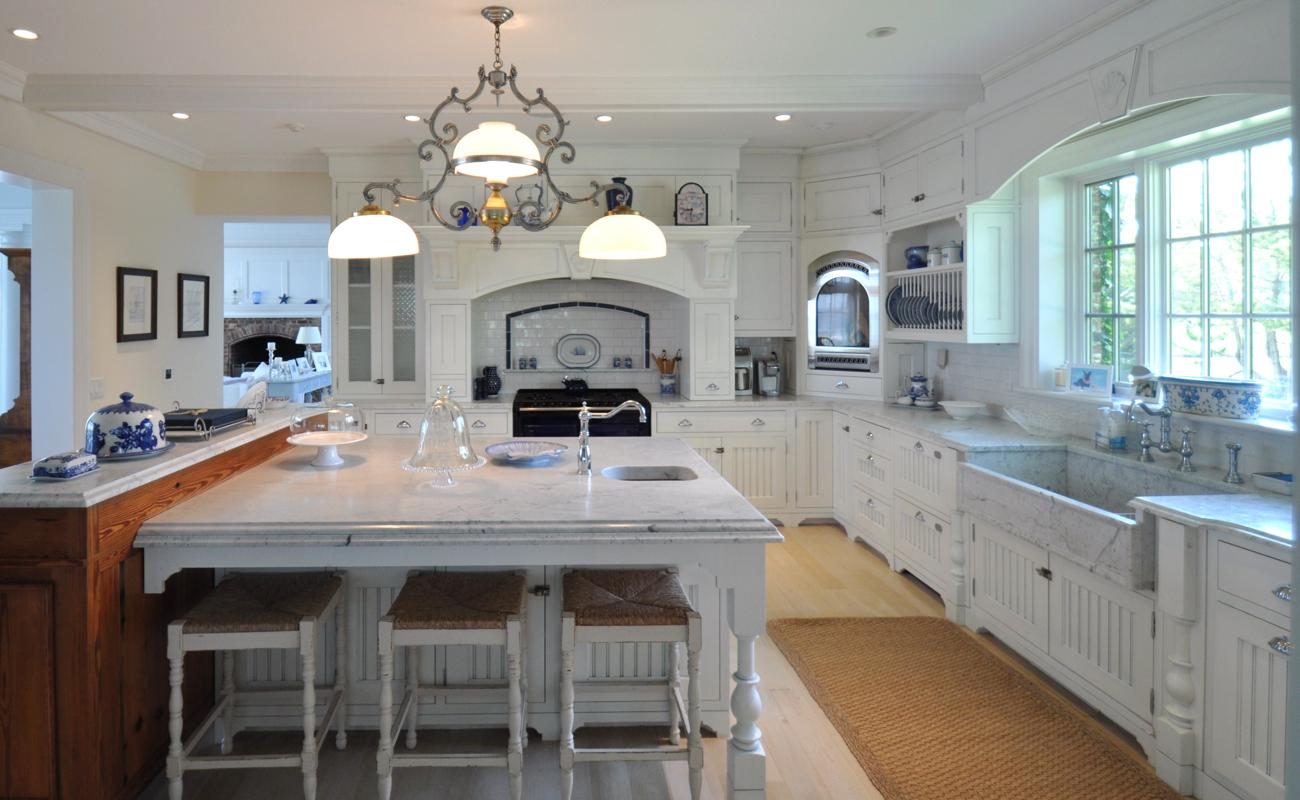 The dressy new kitchen in the renovated getaway that once belonged to actress Katharine Hepburn,

When classic film star Katharine Hepburn died in 2003 at age 96, Fenwick, her 8000-square foot beach house on the Connecticut coast, came onto the real estate market for $12 million and sat there for a year. When the price was halved, a New York construction magnate and his wife purchased the local landmark and embarked on a renovation. The new kitchen [above] is emblematic of both the overall color scheme (mainly white) and the sense of simple luxury only top-quality materials can provide.

If the style looks familiar, there’s a reason. It falls into the realm of whitewashed English Victorian style kitchens (championed by Christopher Peacock) which has dominated the first decade of the 21st Century, right down to white subway tiles in a niche built for the Aga range. Cabinets with inset bead board doors and old-fashioned spring latches are elaborately worked with corbels, turned pilasters and posts. Additionally, a carved shell motif graces the center of arch features over the range and the sink. Also noteworthy is the enormous custom, Carrara farm sink with a lowered front that shows off the beautiful finished edge of the counter and makes it more accessible. A whitewashed wide-plank wood floor completes the look, which was based on the owner’s clippings but created by New York architect James D’Auria and designer Amy Seminiski.

A pizza oven is built into a corner, adjacent to a plate rack. The pair of paneled dish drawers in the base cabinet feel like a cursory nod to practicality.Carrara marble is lavishly used on counters and atop the large island, finished on one end by an English style pine serving “dresser” with bun feet.  The pine piece, made to look old, is taller than the island and provides a stepped up surface that acts as a discreet screen.  One side of the island also has seating. 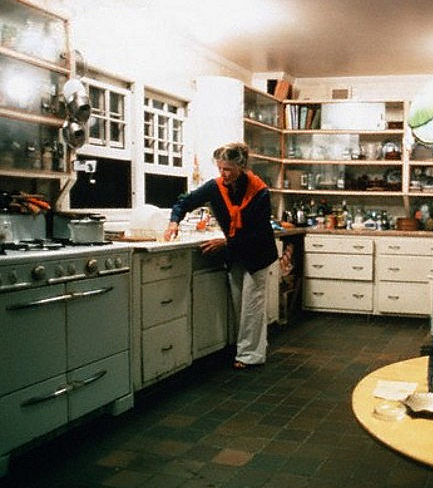 Here is a rare (undated) photo of Hepburn near her vintage range, providing a glimpse of the kitchen “before.”  (The ravages of salt air can be seen in the condition of the cabinet to the right of the stove). Hepburn’s father, a Hartford urologist, had rebuilt and expanded the home in 1939 following a famous hurricane in New England. Surprisingly few improvements had been made by the actress over the ensuing decades since she used the house on weekends. 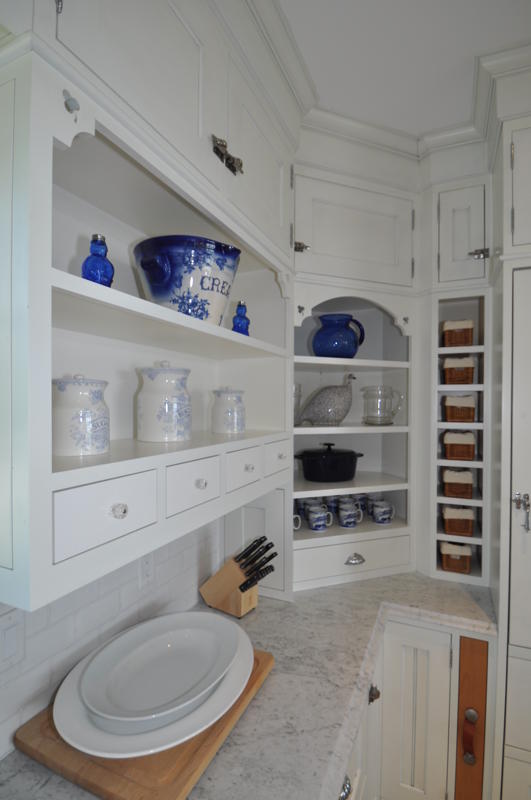 Although the Katharine Hepburn house was not in good condition the new owners did save and renovated a pantry, restoring the antique cupboard. It holds china, vases and tableware. A vintage-style utility sink on legs has twin faucets and exposed plumbing. We imagine that Miss Hepburn would think this is all as “swell” as it appears.