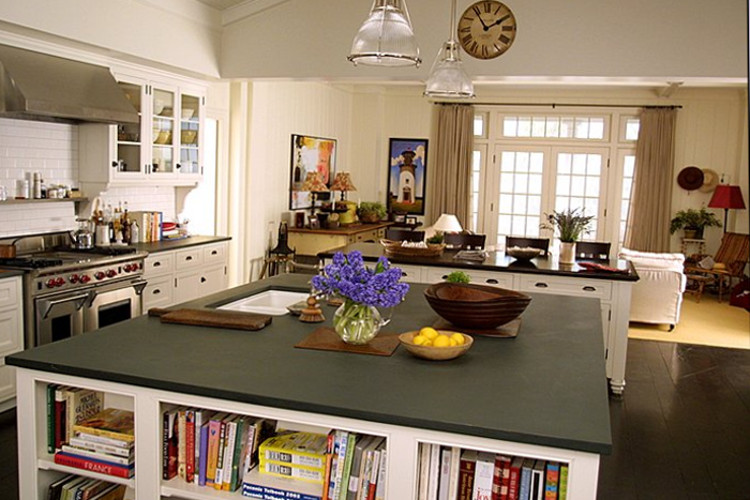 In 2003 “Something’s Gotta Give” spawned a movie kitchen that fueled a kitchen design trend.

The quintessential black-and-white kitchen that created a sensation in magazines and on the internet in 2003 wasn’t actually real. The kitchen appeared in the Diane Keaton-Jack Nicholson  film “Something’s Gotta Give,” as a film set. But that didn’t matter. 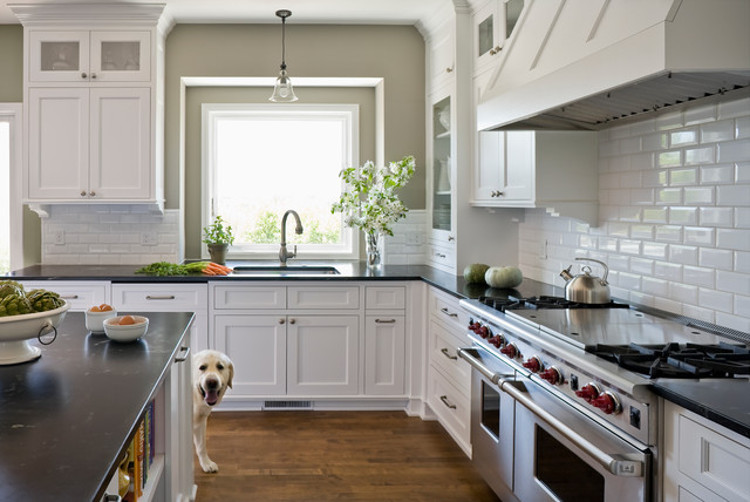 But it was the kitchen that made the impact and gave rise to so many detailed questions about cabinets and appliance brands it became the subject of several articles. The kitchen remodeling boom was just beginning and here was a kitchen look many wanted to recreate in their own homes. 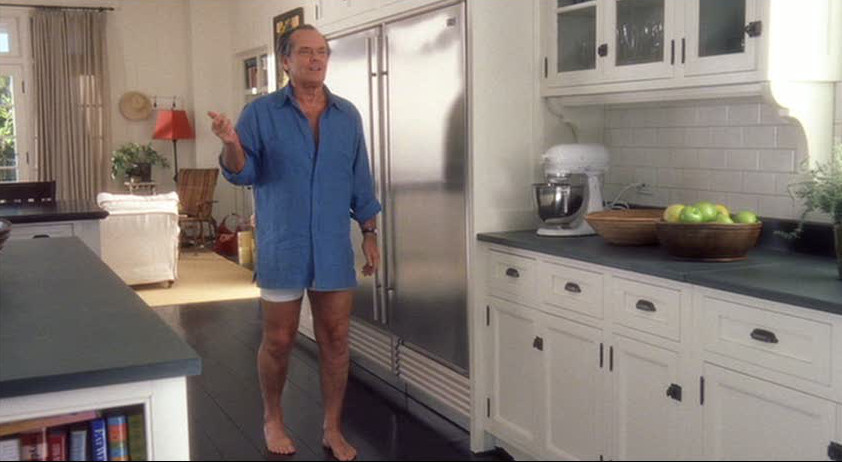 A Wolf range and SubZero refrigerator are mainstays used on the set. Counters were faux but either soapstone or granite produce the same look. White cabinets with bin pulls, and lights in the style of Urban Archaeology’s iconic cargo pendants sum it up.